Where Ilya Mikheyev fits once he returns to the Leafs lineup 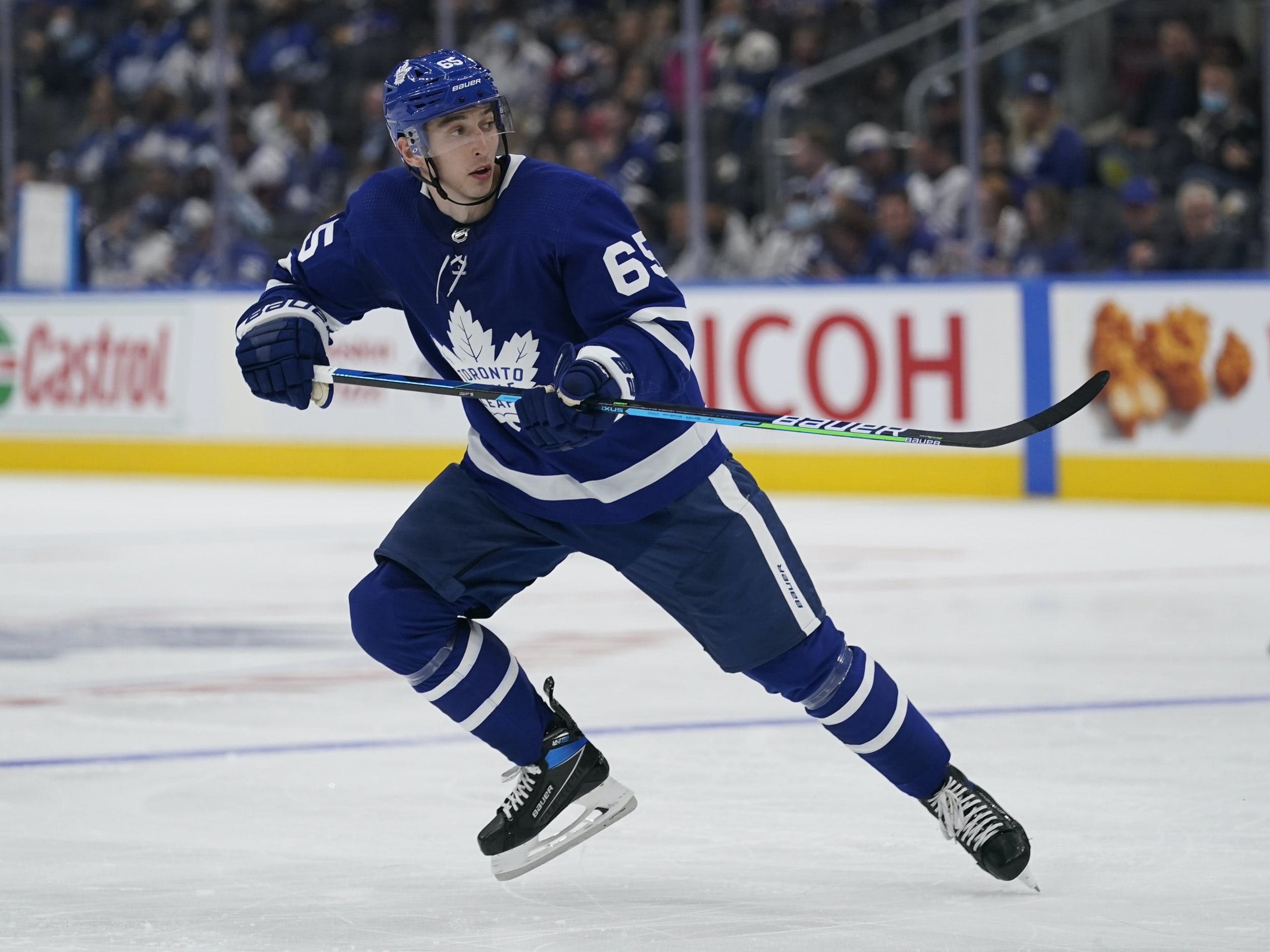 By Nick Barden
1 year ago
@Ilya Mikheyev is just over halfway through his recovery of a broken thumb suffered in a pre-season game vs. Ottawa.
In a few weeks, this is going to be a problem. But it’s always a good problem to have.
Earlier this year, we learned that Mikheyev requested a trade because he wanted more ice time, which he felt like he wasn’t getting in Toronto. If you remember back to the All or Nothing series, Mikheyev spoke with Kyle Dubas about his play last year.
During his pre-season, Mikheyev looked considerably well. He was finishing more of his chances, showcasing his speed, and proving why he’s such a valuable member of this lineup.
However, fitting him in at this point of the season is going to be very difficult.
It seemed as though the 27-year-old would be a fit with @David Kämpf and @Ondřej Kaše. But after going down with an injury, @Pierre Engvall has filled in and played considerably well with the two.
When Engvall isn’t with Kaše and Kämpf, the line has a 5.51 GA/60 at five-on-five. Once you place Engvall back, the line has a 0.54 GA/60 at five-on-five. If you’re looking to have a shutdown line, with some scoring at times, I don’t believe Sheldon Keefe should be changing anything about those three.
However, if you’d like to open the floor to debate, Mikheyev had the third-best GA/60 last season with 1.75 at five-on-five. He very well could fit with the two of Kaše and Kämpf, too.
At times, we’ve seen Keefe open up about challenging players, most recently with @William Nylander. There are points where you see the same with Engvall, and if there’s anyone that could come out for Mikheyev, he would likely be it.
The other three left-wingers include @Michael Bunting, @Nick Ritchie, and @Alexander Kerfoot. Three players I can’t see coming out of the lineup.
It’s been out in the open that the plan was for Ritchie to play with @Mitch Marner and @Auston Matthews since the beginning of the season. There have been some points where I’ve questioned if Ritchie belongs there, but I doubt that Keefe takes him out. The only way I’d see it is if Ritchie continues to take penalties and doesn’t produce.
The three have played together for a few games this season, but are yet to score a five-on-five goal with Ritchie on their line. If the 25-year-old does get taken off their line, I can’t see the Leafs scratching a player with a $2.5 million cap hit.
I doubt they do the same with Kerfoot, plus he’s played very well and is fifth in Leafs scoring.
That would then leave Bunting left in the conversation. The 26-year-old is currently with @Wayne Simmonds and @Jason Spezza on the fourth line. Another incredibly difficult decision to make if you’re Keefe.
Bunting, though, still has five more points than Ritchie. I can’t see him coming out of the lineup either.
The odd man out is Ritchie.
Keefe and the Leafs have four more weeks to decide where Mikheyev might fit, but the more you look at Ritchie, the more clear the answer becomes. He has the least amount of points of the Leafs’ left-wingers and has looked out of place at times.
It seems as though he’s starting to find his game a little bit, but if he doesn’t start producing, the Leafs might have to consider moving on from him. Again, you don’t want to be scratching a player of that cap hit regularly.
There are plenty of places that Mikheyev could fit, but it seems as though he could come in on the first or fourth line. The 27-year-old has played with Matthews and Marner before, and with Bunting being moved from that line, that could be a realistic option.
I don’t think it’s a good idea to change anything from the second or third line unless they start to nose dive.
But again, we still have four weeks until Mikheyev is ready to return. A lot of things can happen in that amount of time, so we’ll have to wait and see how players like Ritchie and Bunting play before we make any final decisions.

Looking to up your fantasy hockey game? DailyFaceoff has the tools you need for both daily and season-long fantasy leagues, including a lineup optimizer, daily projections, and a whole lot more. Sign up for the DailyFaceoff tools here.
Uncategorized
Recent articles from Nick Barden