Who is going to give the Leafs the toughest time this season? 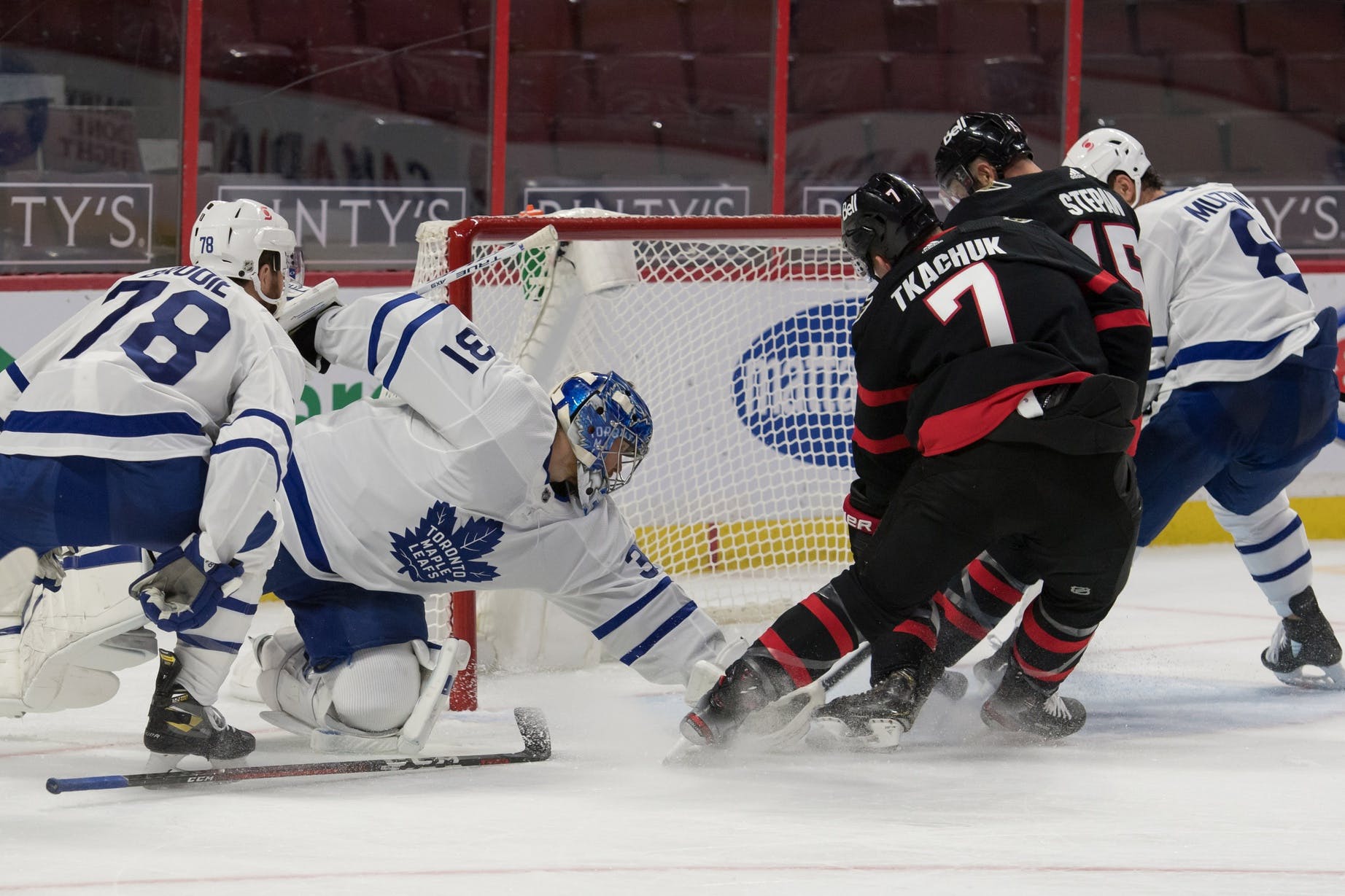 By Jon Steitzer
2 years ago
The short answer is probably the Leafs. No one undoes the expectations of the Leafs quite like the Leafs, but we’ll try and answer this question a bit more seriously. After the first three games of the season it’s clear that there’s no such thing as a cake walk for Toronto, and if since they insist on doing things the hard way, it’s worth looking at who will be the toughest opponent for Toronto. Here’s what the TLN crew had to say about who will be the toughest of the Scotia North Division opponents.

While this may be an overreaction to the first game, the Montreal Canadiens proved they will be a very tough opponent for the Leafs all season long. Never mind the fact that these two teams will face off nine more times, the Habs are a well built team that gave Toronto fits all game long. There’s no doubt the other teams will each present their own challenges, beating Montreal will be an accomplishment because they are not going to be an easy outing. Turns out the preseason hype surrounding that team was right all along.

I think Calgary is going to be a handful. They’re a talented team with some offensive threats, a solid defense and Jacob Markstrom in net. Even David Rittich has his moments, such as when he goalied us last year. With players like Matthew Tkachuk and Milan Lucic who are known for borderline cheap antics, no game against the Flames is going to be easy or enjoyable.

In terms of standings, I think Vancouver. They have just enough good offensive talent, probably the best defenseman in Canada, and if they can get just decent goaltending out of Holtby and Demko, their high end guys are skilled enough to drag them toward the top.
Most frustrating team to play will be Ottawa. Bunch of guys that no one (rightfully) believes in who are going to play with a chip on their shoulder all year regardless, and given how they always tend to turn it up a bit against the Leafs, I can see a scenario where the Leafs win the season series 7-2 but we hate every second of each game.

I’m going to be laughed at here but I’m going to say the Senators. Now hear me out. The other Canadian teams are generally known to be solid, at least somewhat. Ottawa is the clear bottom of the pack here. However, the Leafs of yester-season had a very obvious tendency to play down to lesser opponents, or get lax and lazy when playing a clearly less skilled team and suffered more than one trap game loss. Am I hopeful that has changed? Of course. Am I sure it has? Not at all. This Leafs team needs to keep their foot on the gas no matter who they play, and that has been an issue in the past. Not relaxing their motivation to win against a team Like Ottawa might be mentally hard for this group. If they can’t do that, we’re in for a bunch more trap games.

The Flames are probably my biggest concern because they have the fewest question marks out of the Canadian teams. The Oilers have good offense, but bad defense and goaltending. The Canadiens can drive play well, but don’t have the finishing talent and their season will probably waiver on which version of Carey Price shows up. The Jets have the goaltending, but the defense in front of it is atrocious. The Canucks have the star talent, but lack the depth to really compete. The Sens are the Sens.
The Flames biggest question is whether or not the team that finished first in the West two years ago can show up again. They have a similar team, minus Brodie and Hamonic and plus Markstrom and Tanev, so it’s not out of the question, but their previous season was mired in inconsistencies, so they could still struggle. The Leafs easily have the deepest team in this division, but the Flames are probably the only other team with good star talent complimented with good depth. Sure, teams like the Habs are physical and can be annoying, but good teams are what scares me, and the Flames are the best team in this division not named the Leafs.

Ottawa seems like the popular answer here, and from what we’ve seen over the past couple nights that could very well be the case. They’ll have no chance in hell of finishing anywhere but dead last in the division, but I can see them making life hell for the Leafs.
It seems like we’ve all managed to weigh in at least a little on every team in the division as a possibility, except for the Oilers. There’s probably a reason for that. They have no goaltending and decided to address their defensive issues by bringing in Tyson Barrie. We know how that turns out.
In short, it will be the Sens because the Leafs will deny us the simple pleasure of enjoying Ottawa as an easy out.
Uncategorized
Recent articles from Jon Steitzer