Who was the real driver of the Engvall-Kämpf-Kaše line? 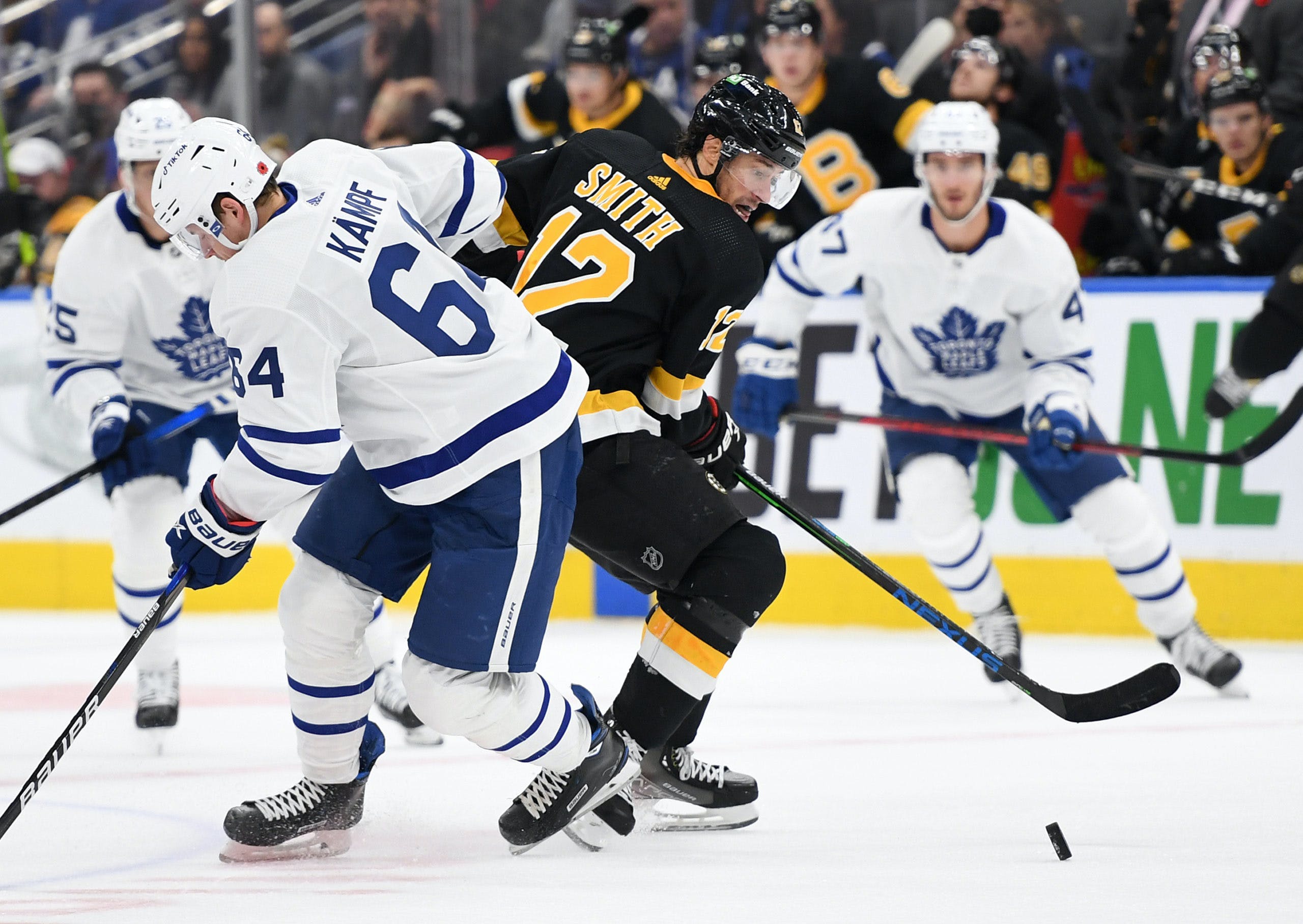 By Scott Maxwell
10 months ago
One of the biggest surprises early on in the season was the emergence of the shutdown line of Pierre Engvall, David Kämpf, and Ondřej Kaše, which has handled tough minutes and a lot of defensive zone starts while having a 53.15% CF% and a 55.85% xGF%. Sheldon Keefe has been trying to find a third line that is capable of taking some of the tough minutes for the Leafs since taking over as head coach, and while his experiments to get there were a frustrating process, he accidentally stumbled upon it to start the season.
I say accidentally because if not for Ilya Mikheyev’s injury in the preseason, there’s a good chance Engvall might not have even been on the team, never mind playing on the third line for the Leafs in that role. People see him as the most expendable of the three on this line, but ever since that line has been apart, it hasn’t been as smooth sailing for the line.
So, who is really driving the bus on this line? Sometimes you have a case where three different players’ skillsets combine to work really well together, but more often than not, a line works because one player really excels at driving play or suppressing shots and chances, which allows the other players to excel alongside with them. Many people cite the reason for this line’s success with Kämpf, but I don’t think it’s that easy.
One of the easiest ways to see who is the best player on a line is to look at their Regularized Adjusted Plus-Minus (from Evolving Hockey), which takes a player’s stats and tries to isolate them from factors such as quality of competition, quality of teammates, arena bias, and so on. It’s not a be-all, end-all stat, but it helps paint a better picture as to which players are coasting off of others based on how their play is isolated.

Based on this, we can at the very least see how this line blends as well as it does. Kämpf brings some solid defensive play to the table, Kaše helps drive the offense a little bit, and Engvall seems to be good at both. So, if we’re talking about why this line is a strong defensive shutdown line, Kaše doesn’t seem to be the one behind that, so it seems to be more between Kämpf and Engvall.
Since we’ve narrowed it down to just the two of them, we can look at the With or Without You’s of Kämpf and Engvall and see if either player sees their play drop off without the other.
via Natural Stat Trick
Obviously there are some cautions you have to take with WOWYs, especially with sample size and context, but based on what we have here, it looks like Engvall is the one who does more of the heavy lifting on the line, as Kämpf’s play drops off quite a bit away from Engvall. He allows 15 shot attempts and almost a whole expected goal more per 60 minutes when not playing with Engvall, and sees his CF% drop 8% while his xGF% drops 12%.
That said, the percentages aren’t to say that Kämpf gets significantly worse defensively, more that Engvall also plays a role in driving the offensive side of that line, and Kämpf struggles in that regard away from him. That’s particularly telling with the fact that Engvall does have worse at suppressing expecting goals away from Kämpf, but still has 10% more of the expected goals than Kämpf. Still, part of being a good shutdown line is being good offensively and keeping the puck away from your own zone, so if Kämpf isn’t good at that part of the game away from Engvall, it’s an issue.
Now, it should be noted that quality of competition probably plays a role here, as Kämpf is usually still playing tough minutes away from Engvall, while Engvall is usually on the fourth line when not with Kämpf, so that probably also plays a role in the gap between their numbers away from each other, but the fact that it’s still a significant drop off from their numbers together still shows that Engvall can excell regardless of the toughness of competition, while Kämpf struggles depending on the quality of his teammates.
This is less a slander on Kämpf and more just trying to raise awareness of Engvall’s importance on that line. With Mikheyev back, it’s unlikely that Engvall-Kämpf-Kaše stick together, so I guess this is more just pointing out that Engvall shouldn’t be the one taken off the line for Mikheyev. If you need more proof of that, in their (limited) time together, the Engvall-Kämpf-Mikheyev line had a 54.48% CF% and 53% xGF% at 5v5, while the Mikheyev-Kämpf-Kaše line was a bit more all over the place with a 63.97% CF% and 32.63% xGF% at 5v5. Engvall plays an important role on that line, and should get the credit he deserves.
Uncategorized
Recent articles from Scott Maxwell