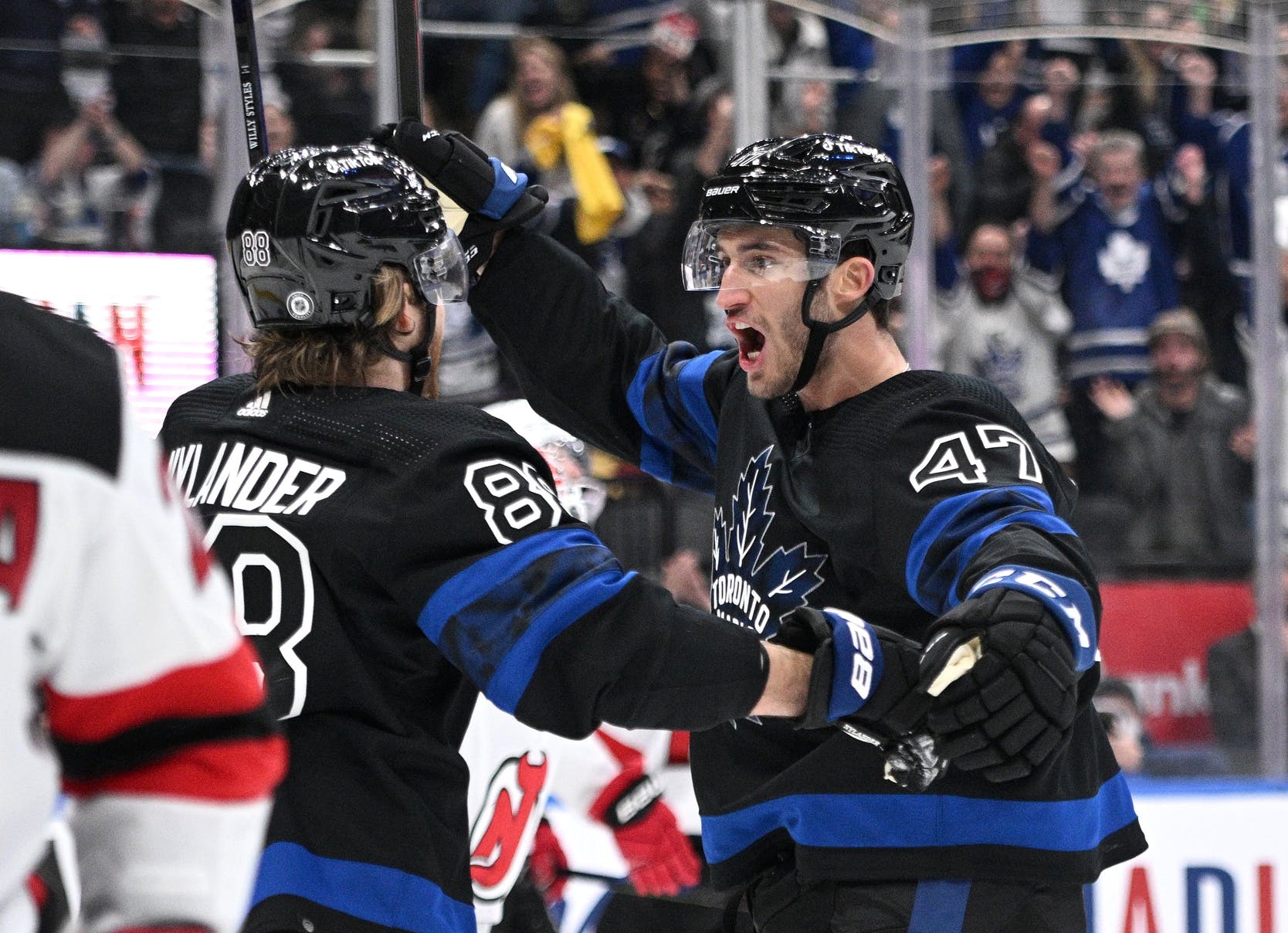 By Michael Mazzei
7 months ago
There are few players in the history of the Leafs’ organization that have made the fan base more divisive than @William Nylander. There are noticeable portions of the fans that either love his playstyle or cannot stand him and want him gone in every trade scenario.
Whether you adore him or hate him, the Leafs are a better team when he is on his game and playing with confidence. This is why it was frustrating to watch him play inconsistently alongside @John Tavares for the last few months despite putting up 32 points since the start of 2022. He would have stretches where he played like he did in the 2021 playoffs (in which he was the MVP after Tavares got injured in Game 1) and others seeing him look unengaged or lackadaisical. It culminated in him getting demoted to the third line after getting beat cleanly by @David Savard in a disappointing loss to the lowly Canadiens.
The move was meant to get Nylander back on track while being matched up against some weaker competition. It may not have been Sheldon Keefe’s intention, but this simple move was able to help find a line combination he can turn to down the stretch.
This was only meant to be a temporary move before Nylander returned to his usual spot alongside Tavares and Alex Kerfoot, but the early returns were extremely promising. The new-look second and third lines looked solid and the underlying numbers seem to confirm that despite both averaging under 40 minutes of TOI and 5v5, these combinations could work.
You could view it as Nylander finally finding his groove in a short stint, but I believe the success of these two lines comes down to Engvall and Mikehyev playing well.
Since returning from a hand injury on December 14, Mikheyev has returned to his rookie season form and even gained a scoring touch as he’s potted 22 points in 39 games (a 46 point pace in an 82 game season). Engvall has set career bests across the board with 25 points in 64 games (equating to a 32 point pace). They have also been integral pieces of a penalty kill unit that currently ranks fourth in the NHL at 83.85%, including a league-leading 12 shorthanded goals in which Engvall and Mikheyev account for half of them with two and four respectively. The solid play of both has made them become reliable options in the top nine, which is impressive considering that both of them could have been traded leading up to the deadline. Not bad for two guys that were once considered to be coin-flip options regarding their overall impact on the team.
Because of the strong play and versatility of Mikheyev and Engvall, the Leafs were able to afford to drop Nylander down to the third line. It resulted in the middle six lines finding immediate success and providing Keefe with more tools in his arsenal should the time come to reintroduce them in critical moments.

Nearly two years ago, I wrote about why the Leafs should consider moving @Mitch Marner down to the third line in an effort to balance out the scoring in a similar vein to how the Penguins were able to find success with @Sidney Crosby, @Evgeni Malkin, and @Phil Kessel on three separate lines. While Keefe is unlikely to take his star winger off the top unit with @Auston Matthews and @Michael Bunting, he can afford to do so with Nylander because he proved to have the ability to carry a line in key moments.
When Tavares went down with that horrific head injury in Game 1 against the Canadiens, Nylander found another gear and carried the offensive load with a team-leading eight points. While it ultimately did not help propel his team to the next round, he was able to silence his critics by showing he can take his game to greater heights when called upon. All of this while Matthews and Marner struggled to the tune of a combined one goal.
By keeping Nylander on the third line, the Leafs are able to roll out waves of offensive attack that could overwhelm the opposition. Having to go from arguably the best line in hockey today, to a rejuvenated Tavares playing with two players having career years, to Nylander and a pair that has developed solid chemistry throughout the season has the makings of a deadly top-nine unit that is only missing @Ondrej Kase. It also helps increase the odds that all four of the big four can have a run where they are all clicking at the same time, which could come in handy in the postseason where that has yet to occur.
This iteration that was used during Saturday’s win over the Flyers should be the blueprint for the type of line structures that will help give the Leafs balance in their offence for the majority of any given game. It doesn’t need to be used throughout the entirety of games since Keefe has shown a willingness to adjust them on the fly, but it’s a solid place to start each match at even strength.

When Keefe decided to move Nylander off the Tavares line, he unintentionally was able to unlock the perfect combination for the top-nine that could help propel the Leafs to greater heights. It did its intended task of getting the two aforementioned players back on track, but it also resulted in a balanced attack that could give other teams nightmares in trying to contain thanks in part to the strong play of Engvall and Mikheyev. While the sample size is small, the early returns are promising and worth a longer look by the coaching staff.
Simply put, it turns out that moving Nylander to the third line actually helps improve the Leafs.
Stats from Hockey-Reference.com and Natural Stat Trick.
Chart from Evolving Hockey.
More from The Leafs Nation
POINTSBET IS LIVE IN ONTARIO