Why the Maple Leafs sent down Pontus Holmberg, and how he can use it to his advantage 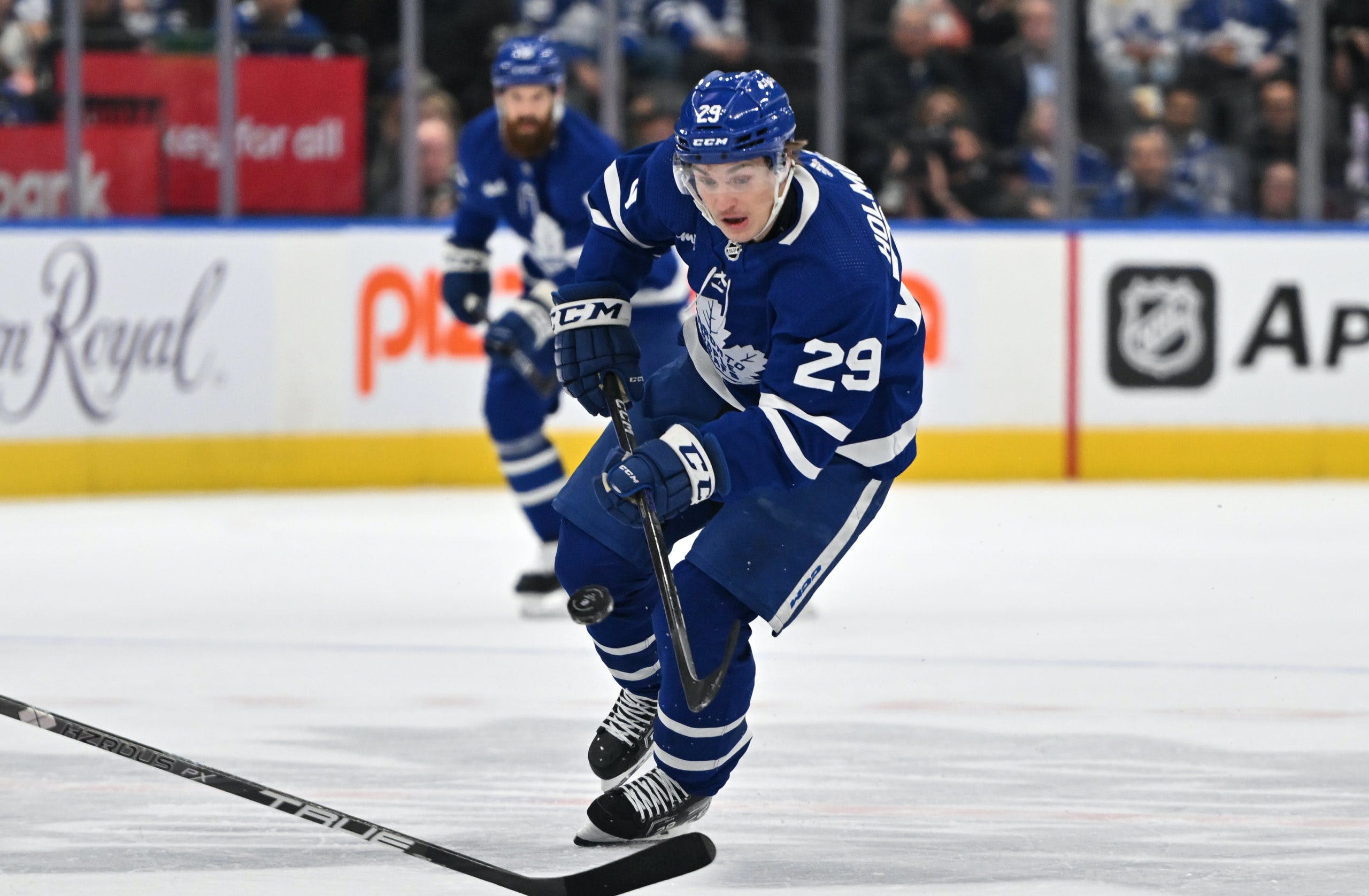 By Nick Barden
15 days ago
Pontus Holmberg is an NHLer and it was clear when he was called up to the Maple Leafs earlier this season.
It was also very evident when he returned to the AHL on Wednesday night. But the real question might be: Why was he sent down to the Marlies when he was playing lights out hockey for the Maple Leafs?
Earlier on Wednesday, TLN’s Managing Editor, Jon Steitzer, put out a great article with possible reasonings behind it. He believes it might be to get him playing more, while giving more opportunity to other players like Bobby McMann and Dryden Hunt, who are up with the Maple Leafs.
Or, it could be the more unlikely option, which is the Maple Leafs are opening up a roster spot to bring in another player.
With covering the Marlies this season, I’d say Toronto isn’t doing this just to clear a roster spot. As good as McMann has been since being called up to the Maple Leafs, Holmberg has played in the NHL for a longer period of time, and it would be odd to just demote him like that.
I believe it could be, like Steitzer said, to get looks at other players and giving them a more extended run, while still having Holmberg play significant minutes.
It makes a lot of sense because McMann has played very well, plus I wouldn’t say Dryden Hunt isn’t having success. He scored his first goal with Toronto on Tuesday against Florida and with more opportunity, there could be more where that came from.
One of the other things that Steitzer mentioned, too, was that with Holmberg being sent down, we might see Alex Kerfoot back at centre. That’s understandable because the Maple Leafs could want to see if he’s a fit in the bottom-six before the NHL trade deadline.
Maybe he belongs there, and if that’s the case, Toronto could elect to trade for a 2LW instead of a 2LW/C hybrid. Or, it could be that the Maple Leafs would like to try Holmberg higher in the lineup, after playing more minutes elsewhere.
Either way though, after watching Holmberg on Wednesday night when the Marlies took on the Belleville Senators, one thing was evidently clear. This was most definitely not a demotion.
The 23-year-old played just as he normally would in his return to the AHL. He was strong in every facet of the game, and he even got on the board, scoring a nice goal in the second period.
What stood out to me most about Holmberg, though, was his confidence. With the AHL being just a bit slower than the NHL, you could see how much the 23-year-old thrived coming into the slower environment.
He thinks like an NHL player and that was very noticeable on Wednesday night, on multiple occasions. Holmberg also played in the Marlies’ top-six, which had him playing a lot more than he was while up with the Maple Leafs.
So, why do you think the 23-year-old was sent down to the AHL?
This opportunity with the Marlies could be a confidence booster, it could be a chance to get him more ice-time, or it might be something even bigger.
We could find out the reasoning behind it as early as Thursday morning after the Maple Leafs’ morning skate.
Editorials
Recent articles from Nick Barden