Leafs depth will likely see Robertson start with the Marlies 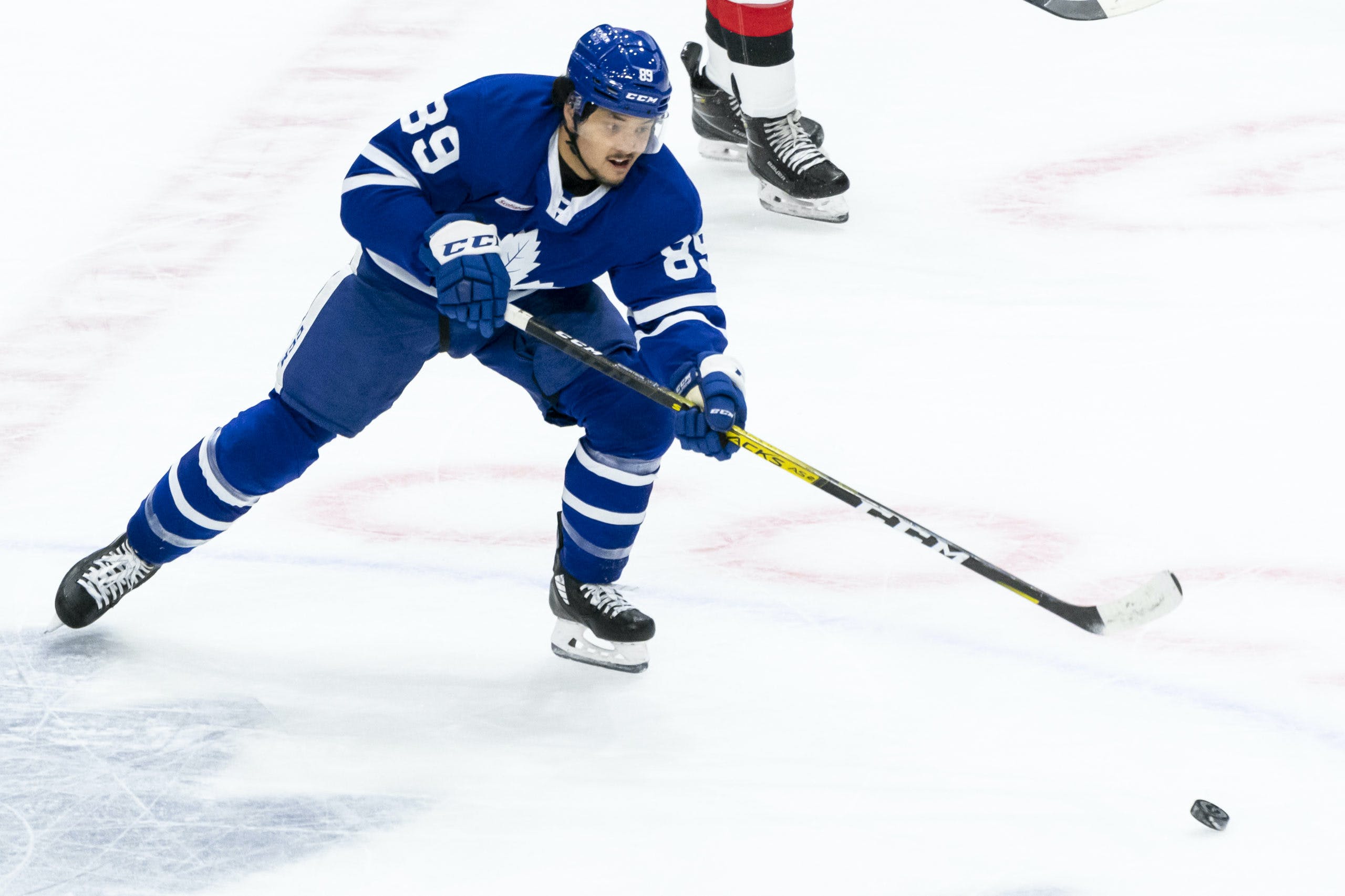 By Nick Barden
1 year ago
Nick Robertson called this past season with the Toronto Maple Leafs and Toronto Marlies a “rough one.” He suffered a knee injury, an oblique injury during the middle of the year, and a concussion that ended his season. The 20-year-old, though, is ready to flip the script and enter a brand new chapter.

“I’m excited. I think, first off, I’m healthy, right. Last year, I had to deal with an injury prior to camp, and having multiple injuries during the year ruined my momentum and my overall confidence.” Said Robertson to the media at the beginning of Leafs development camp. “So now, I’m healthy, I’m ready to go and now the season’s looking more like normal, starting in October, longer season, fans back in the building, so I’m looking forward to that.“

Entering this development camp, two things that Senior Director of Player Development, Hayley Wickenheiser, echoed for Robertson was to “dial it back a bit” and allow the play to come to him. Through the camp, he improved on being more patient with opportunities, said Wickenheiser. For dialling it back, though, I don’t believe Robertson will do that anytime soon.
For the 20-year-old, it was all about being the best player at camp, and he was. Scoring four goals in two scrimmages, Robertson was dominant as ever.
One aspect of Robertson’s game that Wickenheiser said was apparent was his consistency. From start to finish, the 20-year-old was the most authoritative player on the ice. With the leadership he brings, the ability to drive play, and one of the best shots as a Leafs prospect, it’s now time for him to decide where he wants to play.

“Now that I’m getting older, I think I’m getting more and more close to accomplishing my goal, which is to play full-time for the Leafs, whether it’s now or in the future.” Said Robertson while speaking with the media prior to development camp.

From hearing the 20-year-old speak with the media, it’s clear that a Leafs roster spot isn’t everything to him. That’s telling to me because he’s someone who comes across as confident. Robertson also certainly isn’t afraid to manifest a situation either.
I believe he’s taken a different approach to this year. After spending most of last season in the AHL, I think the 20-year-old has grown to respect how difficult that league is. A lot of last year saw him getting taken off the puck fairly easily, and in this next season, he wants to change that.
One of the positives from his season is his drive to play and score goals. Attending some Marlies games in person, I was able to see first-hand how hard of a worker he is. When he wants the puck, Robertson is slapping his stick along the ice. He’s also always the first person to stand up on the bench after a shift, ready for the next one. While watching him, you can see how much he loves the game of hockey.
Robertson discussed his off-season training process while speaking with the media. It’s believed he’s added some weight, along with bringing more flexibility to the table as well. With both of those aspects coming into his game, he now may be ready for the rough play-style in both the AHL and NHL.
The Leafs have a lot of depth within their roster. For the 20-year-old, it’s going to be increasingly difficult to come in and make the team out of training camp. I’d say it’s possible, but the odds are currently against him. With players like @Nick Ritchie and @Michael Bunting entering the picture, it makes that left-wing extra deep.
I believe with that happening, Robertson will start the season in the AHL.
In a way, it makes a lot of sense because it will allow him to gain confidence at the pro level. Once he starts to produce, then you can give him an opportunity if there is one. The more time he spends with the Marlies will enable him to become more comfortable with the league.
You’ll be able to determine right away if he’s more relaxed with the AHL’s play style. There’s a good chance that Robertson could produce at a high level if given the right opportunity. If we see anything close to what he did in the OHL, he’d be in the NHL sooner rather than later.
But for now, we’ll have to see how he progresses at the rookie tournament and then in Leafs training camp.
Uncategorized
Recent articles from Nick Barden