William Nylander is going with a tinted visor due to migraines 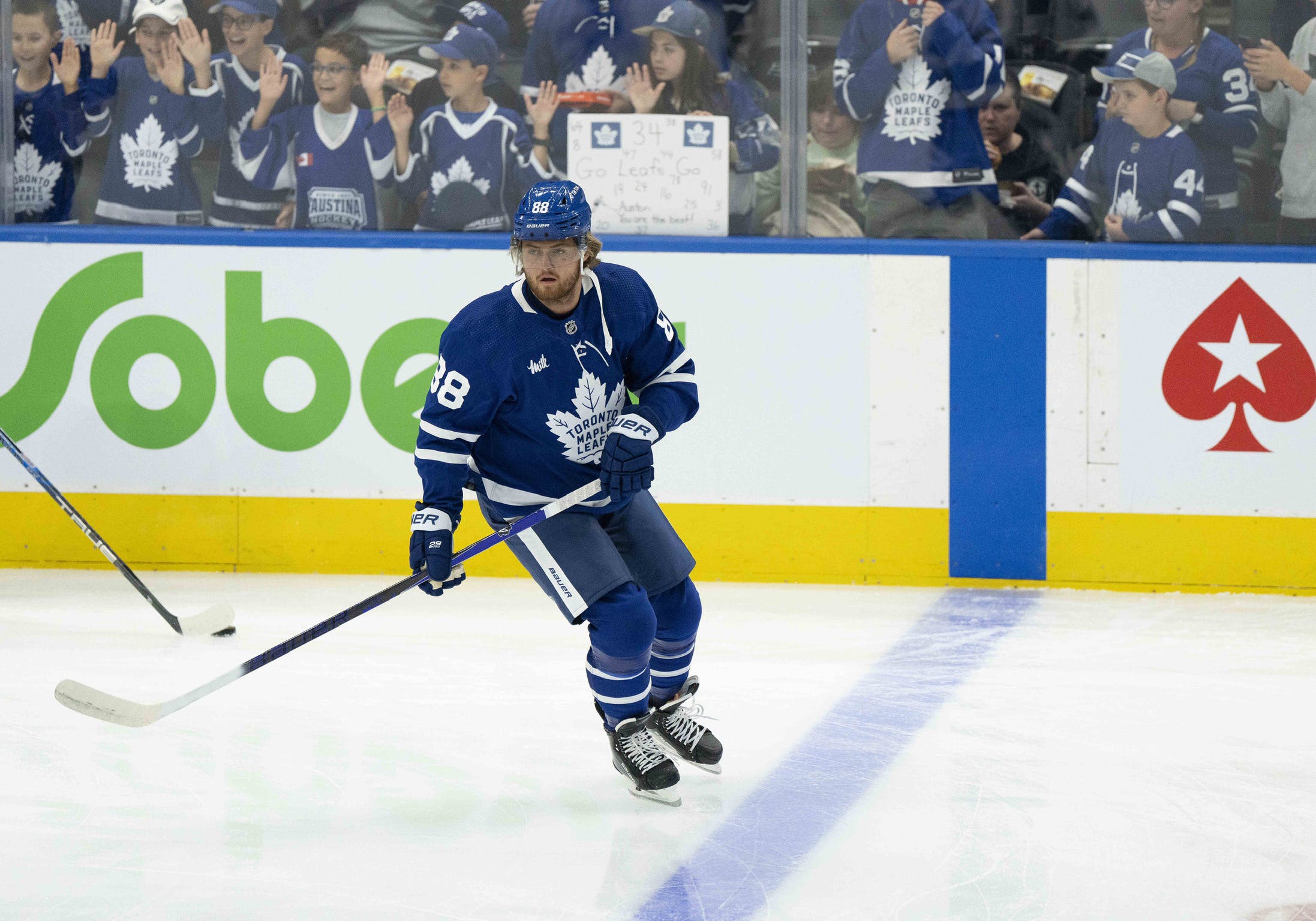 By James Reeve
2 months ago
Toronto Maple Leafs forward William Nylander had the best season of his career in 2021-22, but he could potentially eclipse that thanks to the new tinted visor he wears.
Last season, Nylander set career highs in all standard points categories, scoring 34 goals and providing 46 assists for 80 points. This put him just shy of a point-per-game player with the Swede appearing in 81 games. Often traded in media hypotheticals, Nylander truly stepped up last year and has proven doubters that he can mix it right at the top alongside the likes of Auston Matthews and Mitch Marner.
Nylander found his best form while partnered with team captain John Tavares. Together, the pair had a dominating Corsi rating of 64.74% and their expected goals percentage came in at 67.1%, with Tavares himself registering 27 goals of his own. Alongside that, they were a genuinely threatening partnership for opposing goaltenders, sharing a high-danger chances rating of 67.69%, converting on 58.57% of all high-danger chances.
After such an impressive individual season, one in which Nylander played a big part in the Leafs’ franchise record-breaking year of 115 regular season points, it’s difficult to imagine that there could be much more he could do to impress. However, with a recent change in his visor, that could very well be the case.
The statement in itself may sound absurd to many, as a visor often has very little or no impact on how a player actually performs on the ice. But what is even more surprising is the fact that after the Leafs’ 4-1 victory over the Ottawa Senators in their first pre-season game, the first of their back-to-back series Saturday, Nylander revealed that he had been suffering from migraines throughout parts of last season.
Migraines are often severe headaches that make the sufferer overly sensitive to light, which is arguably one of the worst illnesses a hockey player can suffer. Playing under bright lights, with the ice reflecting them, is the most ordinary scenario for NHL games and for a player to have migraines would, in most cases, keep them from being able to take to the ice in such conditions.
For Nylander, however, he managed to work through them and pull out the best individual season of his career. This is, however, where the tinted visor comes in. With the lights being so bright during games, having a tinted visor will lessen their impact on the 26-year-old and allow him to play freely without discomfort.
Having a fully healthy Nylander is only a good thing for the Toronto Maple Leafs, who are still searching for a way to progress beyond the first round after six consecutive years of falling at the first post-season hurdle. If a tinted visor is able to help Nylander maintain or even improve on his career year, it will translate into positive results on the ice.
Nylander was a standout in the Leafs’ first pre-season game, driving play and making it clear that he is ready to play right out of the gate, and it’s clear that he is entering the 2022-23 campaign with almost a point to prove. He has shown he can be the point-per-game player the Leafs need on the second line and now, with his tinted visor helping him avoid discomfort, it’s time for him to truly rise above expectations and show why he is so highly valued by the team, with one of the best contracts around.
Content
News
Recent articles from James Reeve