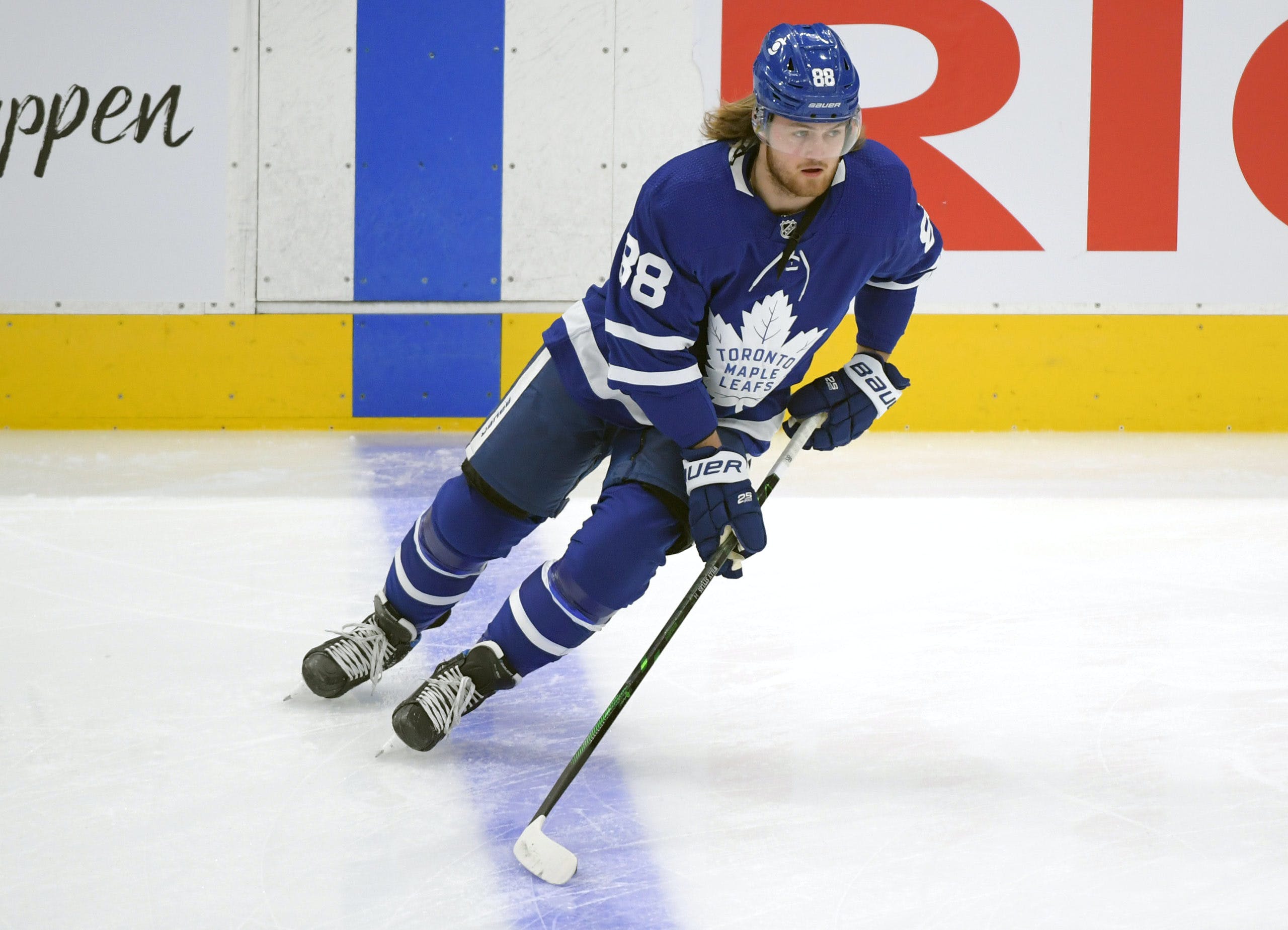 By Nick Richard
1 year ago
Maple Leafs forward William Nylander has been removed from the NHL’s COVID list and is now eligible to rejoin his teammates. Nylander has been out of the Leafs’ lineup since April 6th after coming in contact with a potential positive case but it was reported by Sportsnet’s Chris Johnston earlier this week that, to his knowledge, Nylander had not returned a positive test result of his own.
Head coach Sheldon Keefe stated on Friday that it will now be up to Nylander to determine when he is ready to return to game action following his absence. The Leafs were originally scheduled to face off against the Canucks on Saturday but that game has been moved to Sunday, giving Nylander another day to get back on the ice with his teammates before taking part in an actual game.
Read more about the changes to the Leafs schedule here:

Changes to the Leafs schedule announced

The Leafs have gone on a bit of a skid in their last few games and Nylander’s absence has been noticeable, especially in terms of fighting through tight checking in the neutral zone to gain the offensive zone with possession. He is one of the best players in the entire league when it comes to breaking down neutral zone coverages and Keefe will be anxious to get him back into the lineup.
With Auston Matthews’ status still up in the air, and the pending insertion of new addition Nick Foligno into the lineup, it remains to be seen how Keefe will deploy his forward group down the stretch. Rejoining John Tavares on the second line when everyone is available seems the most likely but we have seen Keefe experiment with different combinations throughout the year and he might continue to do so once Nylander returns.
Uncategorized
Recent articles from Nick Richard