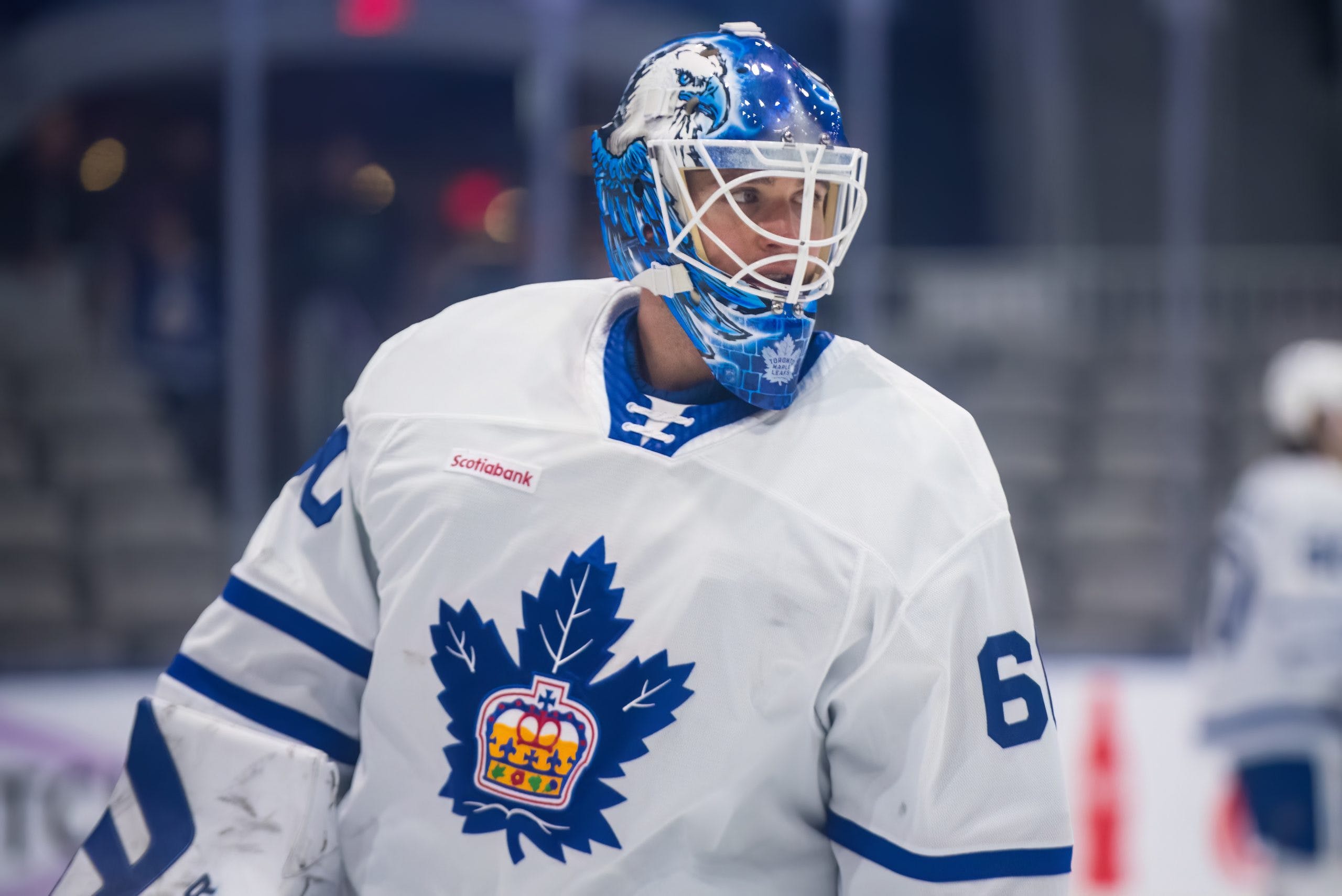 By Nick Barden
1 month ago
The Toronto Marlies travelled 12 hours earlier this week to the other side of Lake Michigan, and boy did they have a weekend.
After three games in the week prior, Toronto headed to the Midwest to take on the Rockford IceHogs and Milwaukee Admirals in a back-to-back. Both games were quite interesting and the Marlies were able to find a way to return home with four points in their pocket.
On Friday, it was a very close game against Rockford, with the IceHogs pushing for a game-tying goal late in the third period. Toronto, though, was able to stand their ground and win the game 4-3.
Saturday night saw the same type of atmosphere, even though it was a goal gallery in the early going.
Milwaukee and Toronto got off to it quickly, as both teams combined for seven goals in the first period. The Marlies were the team leading after one, and held that lead until the final whistle, winning the game 6-5.
They’re record on the road, after winning a pair of games, is 11-3-1-0. That’s good enough for second in the AHL when it comes to road point percentage.
“Our consistency, just how hard we are to play against.” Graham Slaggert told Todd Crocker on Saturday night about why the Marlies are a good road team. “Our special teams have been awesome this year, especially down the stretch our PK has taken a step. We just have a really close group so, we love winning together and for each other.”

After only registering eight points in his first 19 games, it looks like Blandisi is beginning to find his way in his second season with the Marlies.
The 28-year-old has scored eight points in his last four games, though more importantly, he’s tallied five points in the two games this weekend, including a nice shorthanded goal.
“He’s relentless.” Marlies head coach Greg Moore said after Friday’s game in Rockford. “The way he works, the 50-50 pucks, blocking shots and taking hits to make plays and just trying to get to the net. He makes it really hard on other teams with a lot of the things he does.
“He’s a leader in our group for a reason.”

It feels like Hoefenmayer is registering a point in every game I watch. The 23-year-old is on a three-game point streak and remains almost a point-per-game player in his second AHL season.
His 21 points in 23 games is good enough to place him third in the AHL for most points as a defenceman. Hoefenmayer is fourth on the Marlies when it comes to points, too.
It’s going to be quite fascinating to see what happens to this Marlies defence once Mac Hollowell (up with the Maple Leafs) and Filip Kral (injured) return. Toronto’s backend — although very young — has been really strong throughout the past couple of weeks with important players out.

It’s safe to say that Woll has had an incredible start since returning from his eight month injury recovery. The 24-year-old goaltender — after winning in Rockford on Friday — remains undefeated at 4-0 with a .926 save percentage.
“It was a long road,” Woll said earlier this month, “I was missing hockey a lot, truthfully, and I’m just happy to be back now.”
Woll shown glimpses of what the possibilities are with him in both the AHL and NHL last season. For him this year, though, a lot of what people will be watching for is if he’ll be able to maintain a good record and save percentage over the course of an entire season.

Mikhail Abramov has only scored two goals this season, but both of them have been big for the Marlies.
Nearly a month ago, he recorded the game-winning goal against Abbotsford at Scotiabank Arena. On Friday against the IceHogs, Abramov did the exact same thing, though this goal was a bit more flashy.
“The talent in this kid is unbelievable. He’s working through his second year and trying to earn more consistency in his game and I really, really liked his game tonight.” Moore said to Crocker after Friday’s game in Rockford. “It was probably the best game he’s played all year but even if he hadn’t scored, he was working really hard.
“He was above the puck through the middle of the rink and you could see his confidence with the puck and that’s one thing that is special about him is he never loses his confidence regardless of how things are going for him during the season. He’s improving his defensive skills and his structured play but man, he can make plays with the puck at the right times.”
Tommy Miller, who has been a massive part of this Marlies defence core since injuries plagued the Maple Leafs, left Saturday’s game after the first period.
As you can see, Miller collided with the boards awkwardly, but did jump right back up to his feet. A few seconds later, though, he blocked a shot, too. There was no word on his status after Saturday night’s game.
Finally, Keith Petruzzelli has been sent back to the Newfoundland Growlers after the return of Erik Kallgren and Woll. In the two ECHL games he’s played in, Petruzzelli has one win and an .870 save percentage.
News
Recent articles from Nick Barden