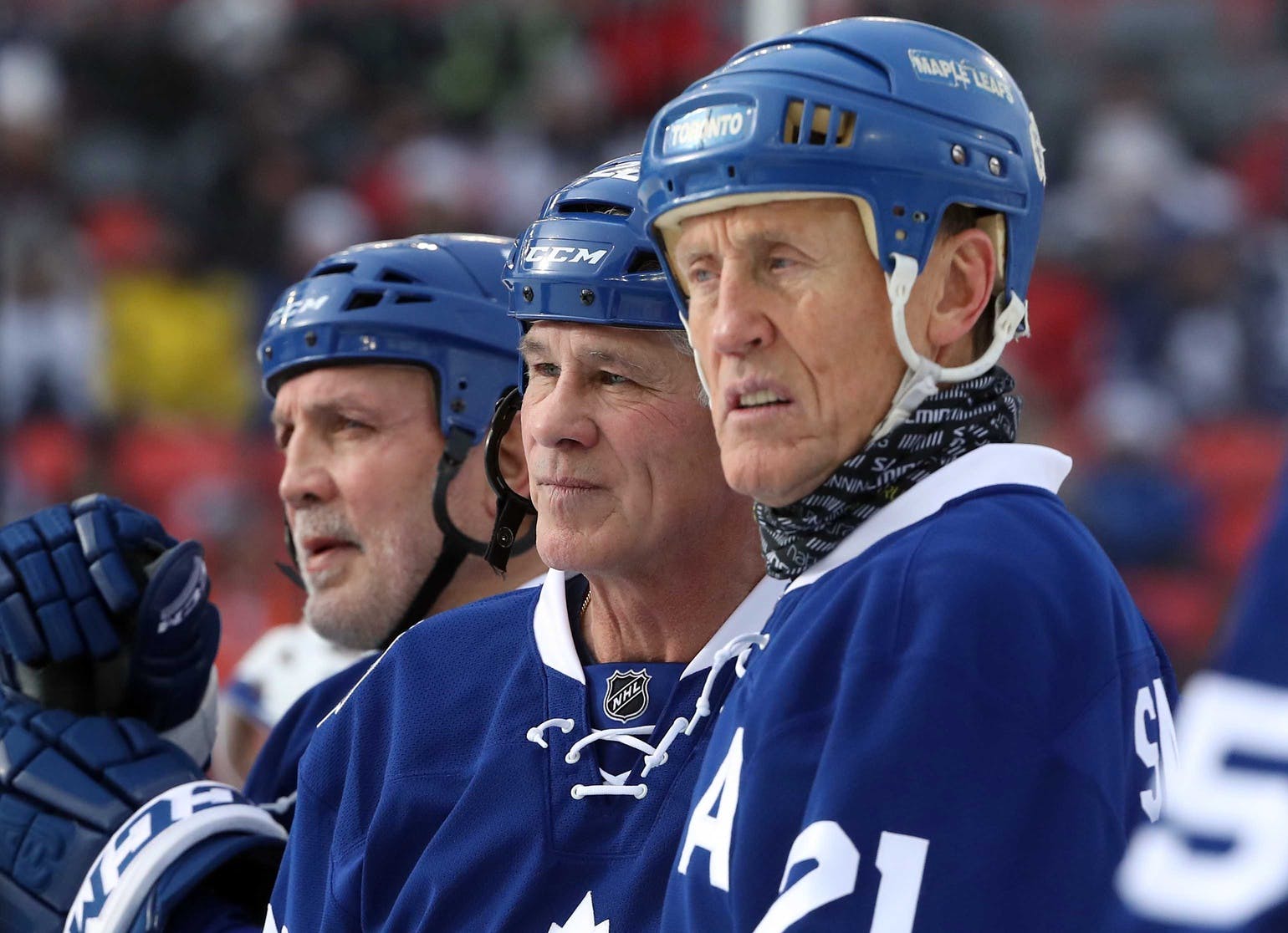 By Nick Barden
10 days ago
The news of Börje Salming battling ALS hit the hockey world hard.
He’s an NHL legend. A hockey icon. A Swedish icon.
Everyone within and around the game of hockey knows the ‘Salming’ name. Whether it’s from changing the narrative surrounding Swedish hockey players, or being the genuine human being he was, there’s so much love for the now 71-year-old.
He’s graced the hearts of so many people — so many players within the game.
“Obviously, heartbroken for him to see what he’s going through.” Daniel Alfredsson said at the Hockey Hall of Fame ring ceremony when asked about Salming. “I haven’t spoken to him personally, but just by reading the reports of how quickly it’s advancing, you feel for him.”
Salming was the first European player to crack the 1000-game mark in the NHL. When people within hockey were wondering if Swedes could handle the toughness of the NHL, Salming was there to answer the bell.
He did it rather quickly, too.
“He was truly a Swedish hockey legend and a pioneer and trailblazer for Swedish hockey players,” said Alfredsson, “coming over and dealing with a lot of adversities in the NHL, and the way he handled it and proved himself day-in and day-out. He really paved the way for the next generations.”
Hearing about the 71-year-old’s battle with ALS was tough to swallow. For everyone. But it’s especially hard for his family and the people around him most.
“I think it hits everybody. He was such an icon.” Alfredsson said. “A humble guy, too, but fought through so much. That’s the character he has. You almost thought, cause he came back from all the injuries, all the scars and stitches he has. You almost feel like he’s immortal. And to see him the way he is, it’s heartbreaking and we all feel for him.”
When Alfredsson was young, Salming was in his prime. The now 49-year-old can remember seeing him skate up and down the ice, watching him play for the team Alfredsson grew to dislike over the course of his career, the Toronto Maple Leafs.
But for another Swede in Daniel Sedin, he says Salming was more of an icon for the generation before him.
Alfredsson’s generation.
“I think Salming was maybe even more of an icon for the generation before me.” Sedin said at the Hockey Hall of Fame. “I think Canadian fans and media, he maybe changed their view of Swedish players when he came over and played. It was his willingness to win and put his body on the line and I think that’s the main thing.
“I know Mats Sundin has talked highly of him… he made it easy for everyone who came after him because nobody questioned a Swedish hockey player after Salming because of the way he played and carried himself and his attitude, he made it easier for all of us.”
The 71-year-old will be in attendance for Friday night’s Hall of Fame game between the Maple Leafs and Pittsburgh Penguins, and also Saturday’s game vs. Vancouver.

He’ll be honoured in both games, but will get an individual honouring on Saturday night. A moment that will last with Salming forever.
News
Recent articles from Nick Barden