Advertisement
Ad
Babcock on Moore and Timashov success: ‘They got big asses’ 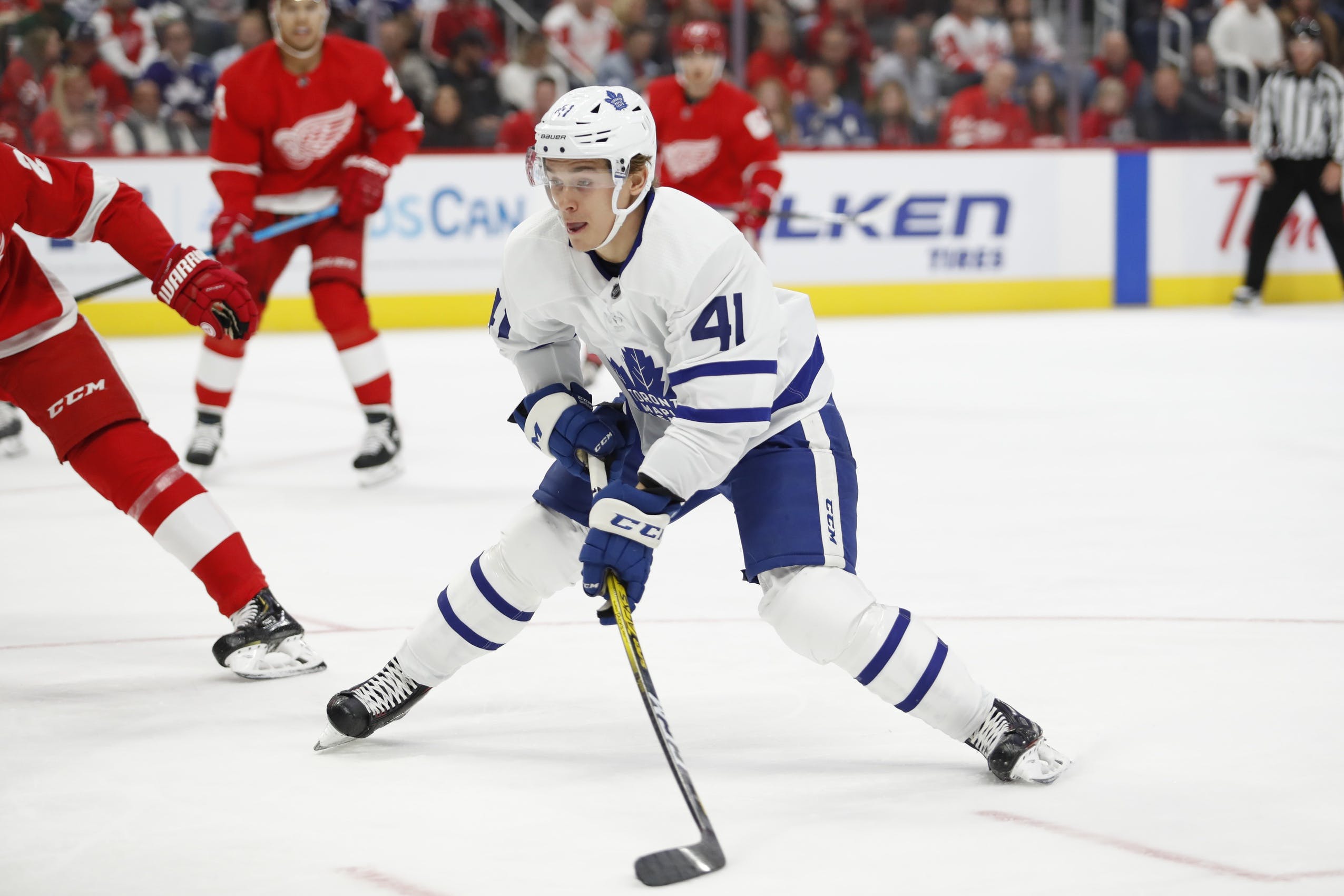 Photo credit: Raj Mehta-USA TODAY Sports
By Thomas Williams
3 years ago
Comments
The two depth forwards have made a lot of noise so far this season, and it’s not just from them walking.
In the morning skate before the Toronto Maple Leafs take on the Columbus Blue Jackets on Monday, Mike Babcock was asked what makes certain smaller skaters like Trevor Moore and Dmytro Timashov so effective.
Well he responded with something that has progressed to becoming a theme with him.

Babcock on what allows smaller skaters like Trevor Moore and Dmytro Timashov to succeed with #Leafs: "They got big assess. So they weigh a lot. You can laugh, but it's the truth. You can get under people, you can win retrieval races, you can own lanes. You have good balance."

Both Moore and Timashov are certainly able to use their thickness to get pucks out of corners and completely destroy some skaters. The former has already been heralded for his gigantic hit on Bruins defenceman Zdeno Chara, which he certainly needed that “good balance” for.
While TImashov has had less hype around his physicality, he is still certainly able to get under people and win some puck races.

Forgot to upload Dmytro Timashov being an absolute wildman in the span of about 2 minutes. pic.twitter.com/P3BWtPyYVE

The small Ukrainian wrecking ball has been able to surprise a lot of fans around the league. Initially seen as just a formality to keep him on the team — since he required waivers for the first time in his career — but he has performed well and is one of the key depth forwards for the Leafs so far.
Advertisement
Ad
Advertisement
Ad
Timashov has scored a single goal and four points in the six games played for the Leafs.
Moore earned a promotion up into the top-six when Kasperi Kapanen wasn’t working next to Tavares and Marner, but his role has been overtaken by Ilya Mikheyev since the second-line centre suffered a broken finger. He has still scored three goals and five points in nine games for Toronto.