Advertisement
Ad
Game #6: It’s a great day for the Maple Leafs to eliminate the Lightning 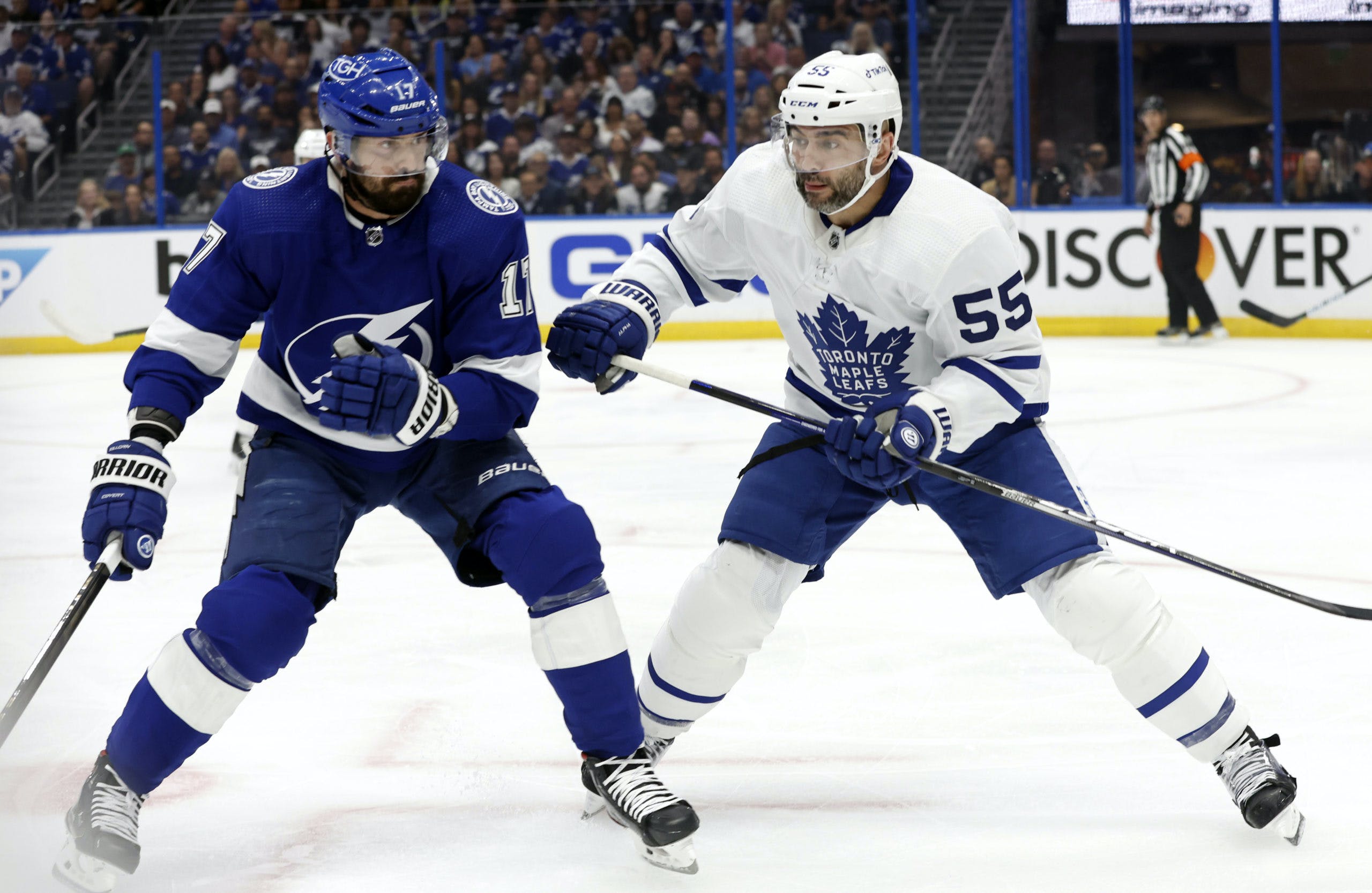 Photo credit: Kim Klement-USA TODAY Sports
By Nick Barden
8 months ago
Comments
Thursday is a great day for the Toronto Maple Leafs to have the chance to eliminate the Tampa Bay Lightning in the playoffs.
Toronto has a chance to re-write history, to slay the dragon that is the first round, to put their demons behind them, and become what they were predicted to be in the last two or three seasons — Stanley Cup contenders.
To get there, though, they’re going to have to get past the back-to-back Stanley Cup Champions, which won’t be an easy feat.

I’ll begin with the Lightning because they were first on the ice this morning before tonight’s game.

a look at the lines …

Every skater took part in Tampa’s morning skate and Lightning head coach Jon Cooper has elected to go with the same lineup as he’s had in previous games.
After their skate earlier this morning, Corey Perry addressed the media and discussed how the Lightning’s championship pedigree can help in elimination games like on Thursday night.
Advertisement
Ad
Advertisement
Ad

Perry on how the championship pedigree helps here: “They know, in that dressing room, how to win and it's a matter of going out executing and playing our game plan and making sure that the effort is there”

Cooper added yesterday that there’s “no doubt” the team will be ready for Game 6.
Looking at the other side of the rink, Maple Leafs head coach Sheldon Keefe has also decided to not change any lines going into Thursday night’s game.

Toronto, again, has a massive task in front of them. They’ll be facing two teams tonight in their quest for the second round — the Lightning and themselves. It’ll be fascinating to see how the Maple Leafs approach this game from start to finish.
Each player will likely handle Thursday night’s game differently, but for Morgan Rielly, he just tries to “enjoy it.”

Rielly on building momentum from how Game 5 ended: “There’s still a lot of work to do to get that momentum going our way; we’re not going to take anything for granted.”

This game will come on the same day as two other significant events in the City of Toronto’s history. Today marked the first time Auston Matthews was ever nominated for the Hart Trophy. The 24-year-old was asked about it after the morning skate and like any humble hockey player, he said he’s focused on Thursday night’s game.
Advertisement
Ad
Advertisement
Ad

Matthews on Hart nom: “It’s a big honour but the focus isn’t on that right now…”

The second significant event that today is shared with is Kawhi Leonard’s buzzer-beating shot back in 2019 that eliminated the Philadelphia 76ers from the playoffs. Toronto has the chance to create another historic event if they close out the series against the Lightning.
Speaking of the game, the two starting goaltenders are Jack Campbell and Andrei Vasilevskiy, per usual. The two netminders are in a duel to see who can get their save percentage above .900 before the series ends. For that, I’m putting my money on Campbell.
Game Six (not in the 6) begins just after 7:30 and if you’re looking to watch it, it’ll be on CBC (in Canada) and on TBS (in the US). It’ll also be on SN590 for all the radio listeners.
It’s a big game tonight — possibly even the biggest game of some players’ careers — for the fans though, it’s just another inkling of hope that can either grow bigger, or get taken away.
Advertisement
Ad
Advertisement
Ad
We’ll see what happens tonight.
More from TheLeafsNation.com
POINTSBET IS LIVE IN ONTARIO