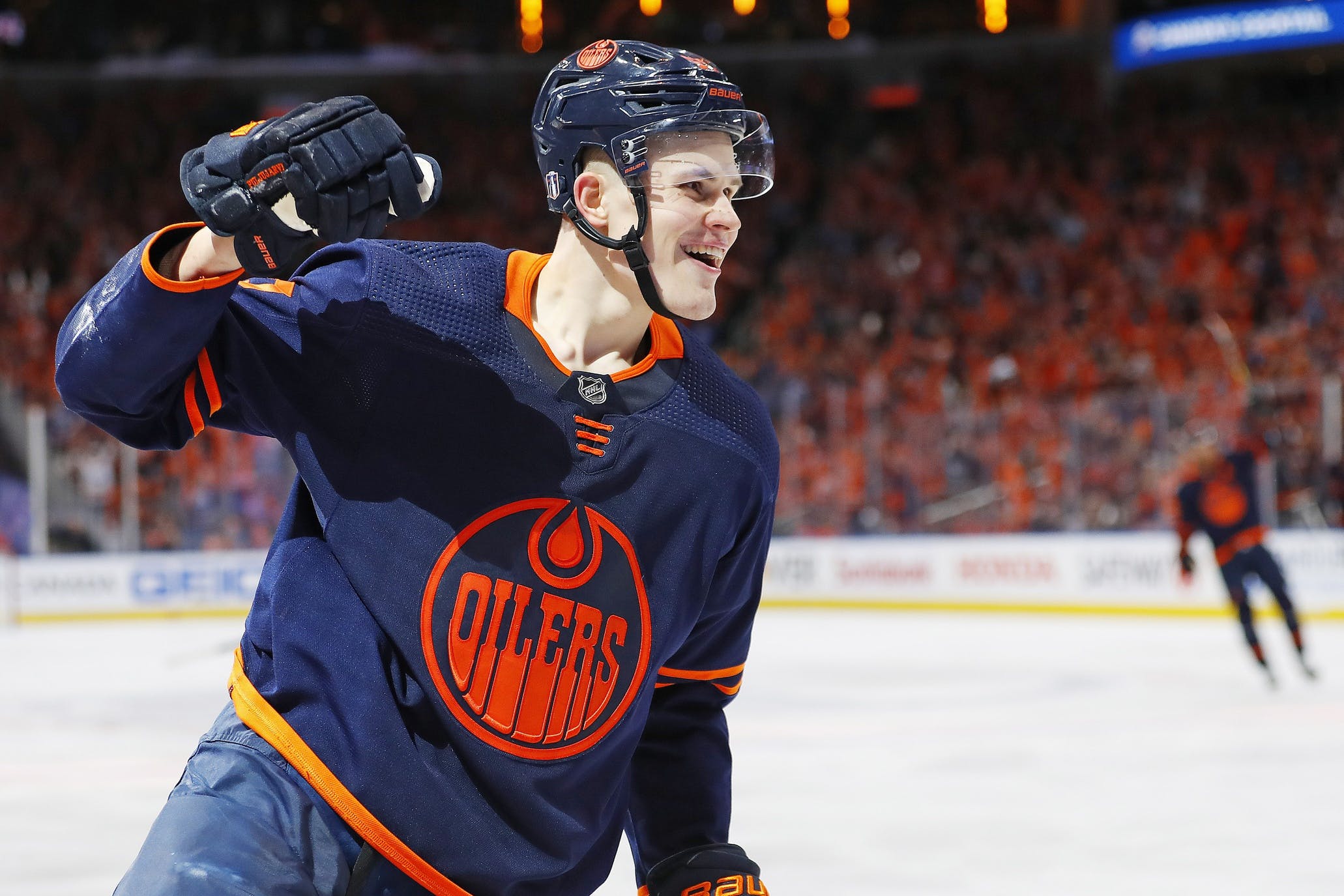 Photo credit: © Perry Nelson-USA TODAY Sports
By Michael Mazzei
6 months ago
Comments
After yet another first-round exit, the Leafs are sure to make plenty of changes to the makeup of their roster in an attempt to improve their chances of a better fortune in 2022-23.
The need for more scoring throughout their lineup beyond the big four has continued to remain apparent as the Leafs have only scored one goal or less in the past four series-deciding games. Having more reliable offensive threats further down the lineup has proven time and time again as a necessity for teams to go on deep runs in the playoffs, and the Leafs should be exploring every possible option.
Whether it be through free agency (@Rickard Rakell), an internal option (Nick Robertson), or a trade, finding some additional scoring options is the second most important thing for the Leafs to do this offseason, with goaltending being atop the to-do list. So if there is an intriguing option that has some upside and can be obtained for a reasonable price when compared to the market, it’s something Kyle Dubas and company need to be all over.
Advertisement
Ad
Advertisement
Ad
This is why this recent report from Kevin Weekes should have team management salivating:

I’m told the @EdmontonOilers are actively shopping F Jesse Puljujarvi, and there’s some interest from clubs in market for his services. Curious to see if there’s a match for potential deal between now and next week’s Entry Draft. @espn @NHL #HockeyTwitter

@Jesse Puljujarvi is a player that has been riddled in trade rumours for years now despite putting up impressive numbers all across the board. His development has been nothing short of chaotic as he split time between the NHL and AHL over his first three seasons, which resulted in him requesting a change of scenery and spending a year in Finland during the 2019-20 campaign. Puljujarvi would return to North America during the COVID-shortened season by signing a two-year contract, but remains unhappy and reportedly asked the Oilers for a trade.
His two-year, $2.35 million contract is about to expire and will be listed as an RFA on July 13th. Whichever team decides to acquire him will likely not need to surrender much since they will only be gaining his negotiating rights. And it seems reasonable to presume that his next contract will not be a hefty one since he will be looking to prove his worth at the NHL level.
Advertisement
Ad
Advertisement
Ad
Puljujarvi took a big step forward in 2021-22 all across the board and posted impressive stats to boot. He appeared in over 70% of the Oilers’ games for just the second time in his career and he recorded 14 goals, 22 assists, and 36 points in that span. He added on two goals and an assist in 16 playoff games this past spring. His underlying metrics paint an even better picture as his results at 5v5 are eye-popping, to say the least.
He has quietly built a solid reputation as being one of the better defensive forwards in the NHL right now and could be well on his way to reaching the upper echelon in the coming years. By all accounts, most of the Oilers players saw better results when slotted alongside Puljujarvi when compared to everyone else (including @Connor McDavid and @Leon Draisaitl), meaning these results are likely to continue with his new club. It certainly helps that he stands at 6’4″ and weighs 201 pounds, which will make opposing teams have a difficult time containing him when he’s on his game.
Advertisement
Ad
Advertisement
Ad
The fit in Toronto is obvious: Puljujarvi would immediately slot into the middle-six and could provide some immediate value to the forward group for his two-way play. He would most likely be placed on the second line with @John Tavares and @William Nylander, both of whom had porous results in their own end and could benefit from a more reliable winger to help alleviate their defensive shortcomings. That alone would make Toronto an even better team as it would relieve some pressure off the top line, who played a major role in their success in 2021-22.

Jesse Puljujärvi has been very good at even strength over the past 2 seasons (minimal PP time, average penalty differential). Not really sure why the Oilers wouldn’t want to keep him. We project a 6yr x $5M contract if he signs in free agency with a new team. pic.twitter.com/4aFuZBSRpH

Marc Spector of Sportsnet spoke with a number of scouts who predicted that the likely cost of Puljujarvi would be between a second and third-round pick, which is super reasonable all things considered. He is only 24 years old, has been showing some positive progression over the past few seasons, and will retain his RFA rights up until 2024. A player who currently has a low asking price given his recent production and encouraging results is the exact type of player Dubas should be looking at, and it’s one that could unearth some incredible results if Puljujarvi can take another step forward.
Advertisement
Ad
Advertisement
Ad
The Leafs do have a third-round pick which they acquired in the @Travis Dermott trade that could help make that trade go through. Another option is surrounding their second-round pick in 2024 as a way to further entice Ken Holland to pull the trigger. There is also another asset the team could dangle that may make sense for both sides: @Jack Campbell’s rights.
There remains little progress on the negotiations between the Leafs and Campbell, which appears more likely to see the two sides going their separate ways. Recent reports have suggested that the Devils are interested in trading for his rights, and it’s entirely possible that they aren’t the only ones. On Canada Day, Elliotte Friedman speculated about the potential fit for Campbell in Edmonton given that they will also be looking for a new goalie this summer.
Advertisement
Ad
Advertisement
Ad
It could make a ton of sense for the Leafs to send Campbell’s rights plus a later pick to the Oilers in exchange for Puljujarvi’s rights. While the last time the two teams tried this tactic did not result in a trade with @Zach Hyman, this year could result in an actual swap.
Puljujarvi has long been a divisive figure among Oilers fans, with some who love what he brings to the team and others that cannot stand his guts (sound familiar?). Regardless of which side people are on about him, the fact remains that he has shown signs of becoming one of the better defensive forwards in the league and has seen positive trends over the past few years in spite of a turbulent development.
The fact that he could be added for as low as a third-round pick is one that many teams will be clamouring to acquire. The Leafs should be one of them because he could be the missing piece to round out their top-six.
Advertisement
Ad
Advertisement
Ad
Stats from Hockey-Reference.com and Natural Stat Trick.
Salary information from PuckPedia.com.
More From TheLeafsNation.com: