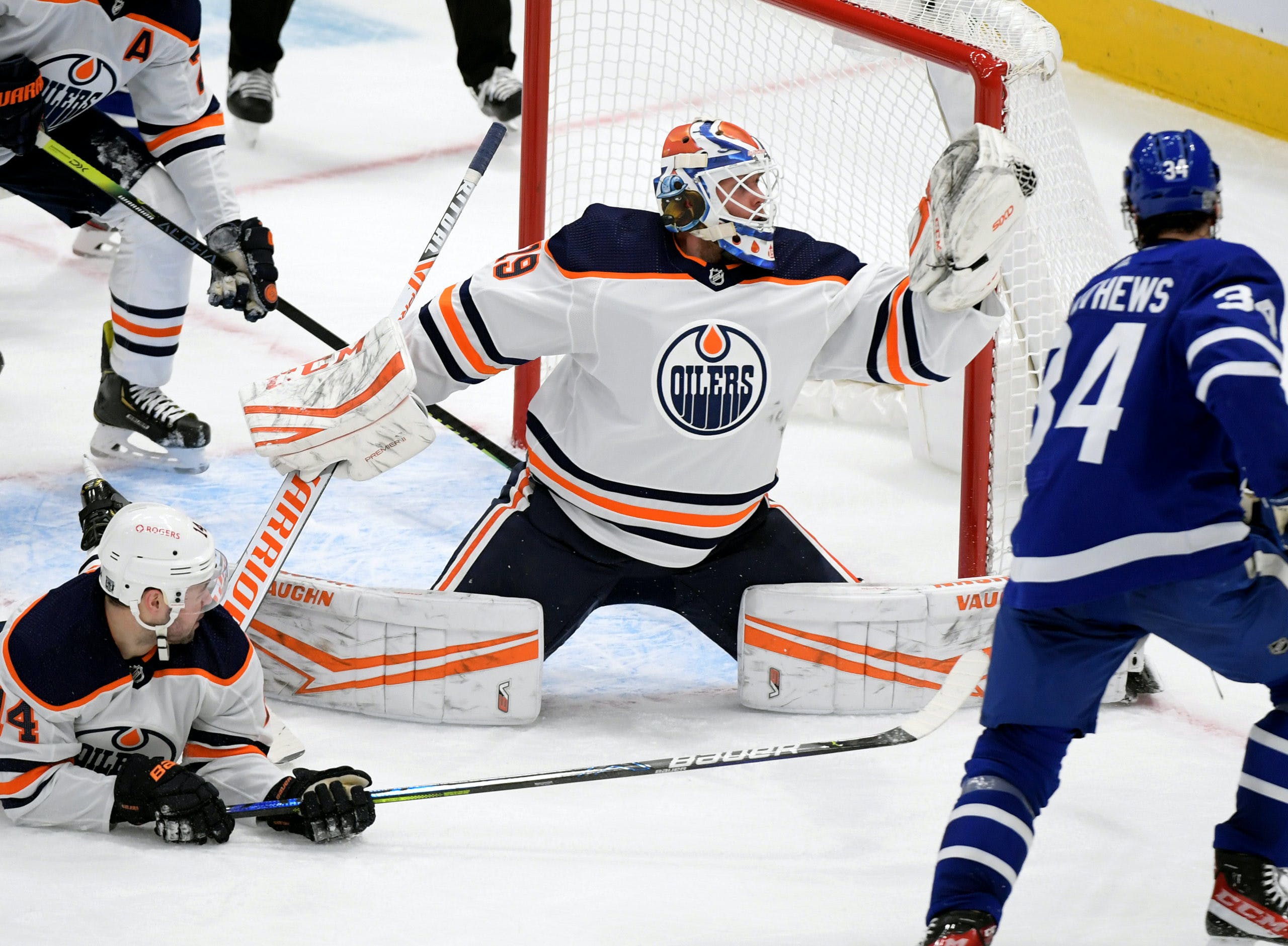 The Maple Leafs failed to extend their winning streak to three games tonight, losing 3-1 to the Edmonton Oilers.

The game was surprisingly dull for 90% of it. Both teams did a good job of clogging up the neutral zone and limiting scoring chances. The Leafs did a pretty good job at shutting down Connor McDavid tonight as well.
The Oilers opened the scoring midway through the first period. Kailer Yamamoto banked a centering pass off of Jake Muzzin and into the net.

The score remained 1-0 in favour of Edmonton until the third period, when Auston Matthews notched his second goal of the year to tie the game up at 1-1. This is definitely one Koskinen wants back.
Advertisement
Ad
Advertisement
Ad

Unfortunately, tonight was not the Leafs night. A phantom penalty call led to a powerplay goal from Leon Draisaitl to regain the lead for the Oilers.

The Leafs tried hard to rally, but couldn’t muster up a ton of sustained pressure. Jason Spezza would come close to tying the game at 2-2, but whiffed on an empty net. Josh Archibald iced the game for the Oilers with an empty net goal.

Jason Spezza thisclose to tying it for #LeafsForever pic.twitter.com/YAzGDOWxE9

shoutout to justin holl who may be the only nhl defenceman i've ever seen not be *completely* turnstiled by mcdavid on one of these pic.twitter.com/nuvBfDHZB2

Advertisement
Ad
Advertisement
Ad
Justin Holl had a pretty stellar night defensively for the Leafs. He limited McDavid offensively all night long and kept a good gap on him to ensure he couldn’t break away. I’m super happy for Justin Holl, he is living proof of Kyle Dubas’ three-tier development model working. He stayed patient during the Babcock years and took his one chance when Sheldon Keefe came aboard and ran with it. Holl has looked every bit like a top four NHL defenseman this year.

Koskinen turned aside 25 of 26 shots the Leafs fired on goal tonight. While he definitely wants the Matthews goal back, this was definitely one of his better performances in the 2021 season.

The Leafs and Oilers have tomorrow off, before facing off once again on Friday night in Toronto. Puck drop is at 7:00pm EST on TSN4.