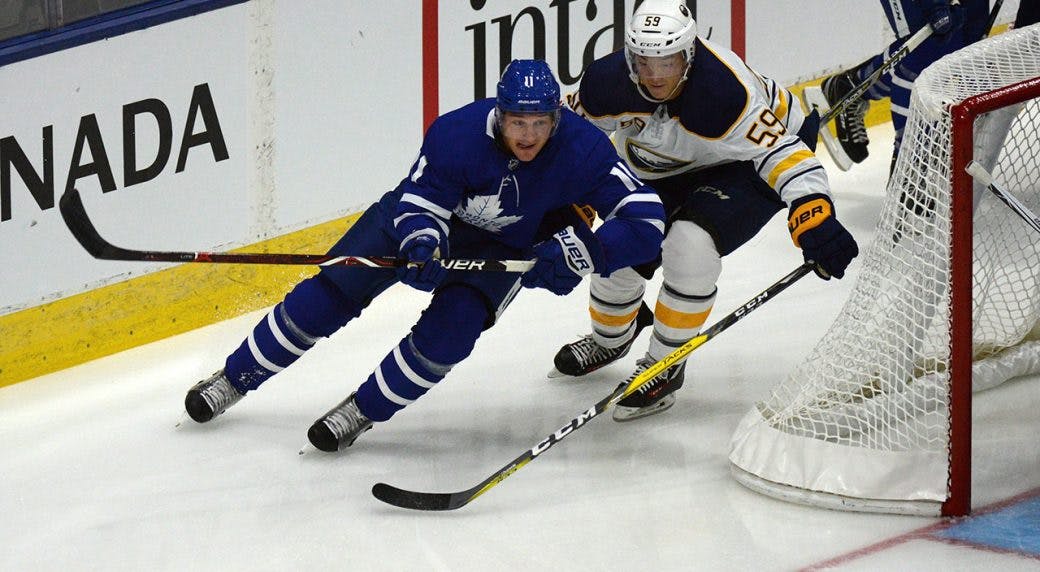 By Mer
2 years ago
Comments
@Zach Hyman proved everyone wrong. That’s my story and I’m sticking to it. He was a 5th round (123rd overall) pick in the 2010 draft who wasn’t really thought of, at the time, as anything special. Acquired by the Leafs from the Panthers in 2015, Hyman has become one of the team’s most invaluable players.
Workhorse. Reliable. Consistent. Gives it his all, every game.

These are just a few of the phrases used to describe Hyman on the ice over the last couple seasons – especially the 2019-2020 shortened season, where he was on track for some of his best play ever. On a team plagued by inconsistency, unreliability, and often apparent lack of motivation, Hyman stands out as an exception. He has regularly played on the top line alongside players like @Auston Matthews, @John Tavares, @Mitch Marner, and @William Nylander, surpassing expectations and cementing his role as one of the team’s most important guys. He battles for the puck, he gets in the corners, he’s always there.
And he’s the unofficial Leafs king of empty-net goals.
Zach Hyman’s number is 8.
That’s the number of career playoff assists he has. But it’s also the number of days in Hanukkah, and in Passover. And as the only Jewish player on the Leafs, it seemed appropriate to assign the number 8 to Hyman.
Advertisement
Ad
Advertisement
Ad
8 career playoff assists speaks to who Hyman is as a player, as well. He may not be the top goal scorer (though with 21 goals in the 19-20 season he wasn’t doing too shabby), but he’s there to help make plays happen.
It’s easy to talk about how important Hyman is on the ice, and it’s been done many times. This post is going to explain to you why, in addition to his on-ice performance, Hyman is worthy of your respect and admiration off the ice, too.
Here are 8 reasons why Zach Hyman is invaluable to the Maple Leafs Organization, that you won’t see on the ice.
He’s a children’s book author
When not busy being an NHL player, Zach spends his downtime writing children’s books!

Looking forward to Saturday, I’ll be there signing copies of The Magician’s Secret from 2-3. Drop by and say hi! https://t.co/cQZoN1hLa1

Happy to announce @E11Gaming is launching Camp E11! With many camps being cancelled we wanted to provide an opportunity for kids to experience camp in an online setting. The camp will be in support of children’s charities @sickkids and @UJAFederation https://t.co/uVhAARFtWy

And he made sure that during the strange summer of COVID, when many camps were canceled, there were opportunities for kids to stay engaged and have fun.
He regularly donates to charity
And he does so quietly and without much publicity.

He regularly supports organizations like Sick Kids, UJA Federation, and more, and does so without demanding any recognition.
He’s a smart cookie
He graduated from University of Michigan with a degree in history! It’s clear that Hyman uses his intelligence regularly both on and off the ice.
He loves dogs
And has a beautiful pup called Lady who has hung out at Leafs’ outdoor practice and with the team quite a few times:

He’s great with kids
Advertisement
Ad
Advertisement
Ad
If the fact that he writes children’s books didn’t convince you, this Wonder Bread commercial definitely will. Zach Hyman and kids go together like PB&J – which is great news because Hyman is a brand new dad!
He regularly takes time to make others smile
Like this recent virtual event for families impacted by cancer:

Or even something as simple as a tweet to show support for a fan:

We’re all behind you Noah! Stay strong! https://t.co/sP1Nik1XWH

He’s a hometown boy
Hyman was born and raised in Toronto! He grew up in Forest Hill, and until attending University of Michigan he lived in Toronto his whole life. He was thrilled when his childhood team traded for him, and he wants to be a Leaf for a long, long time.

We want that too, Zach.