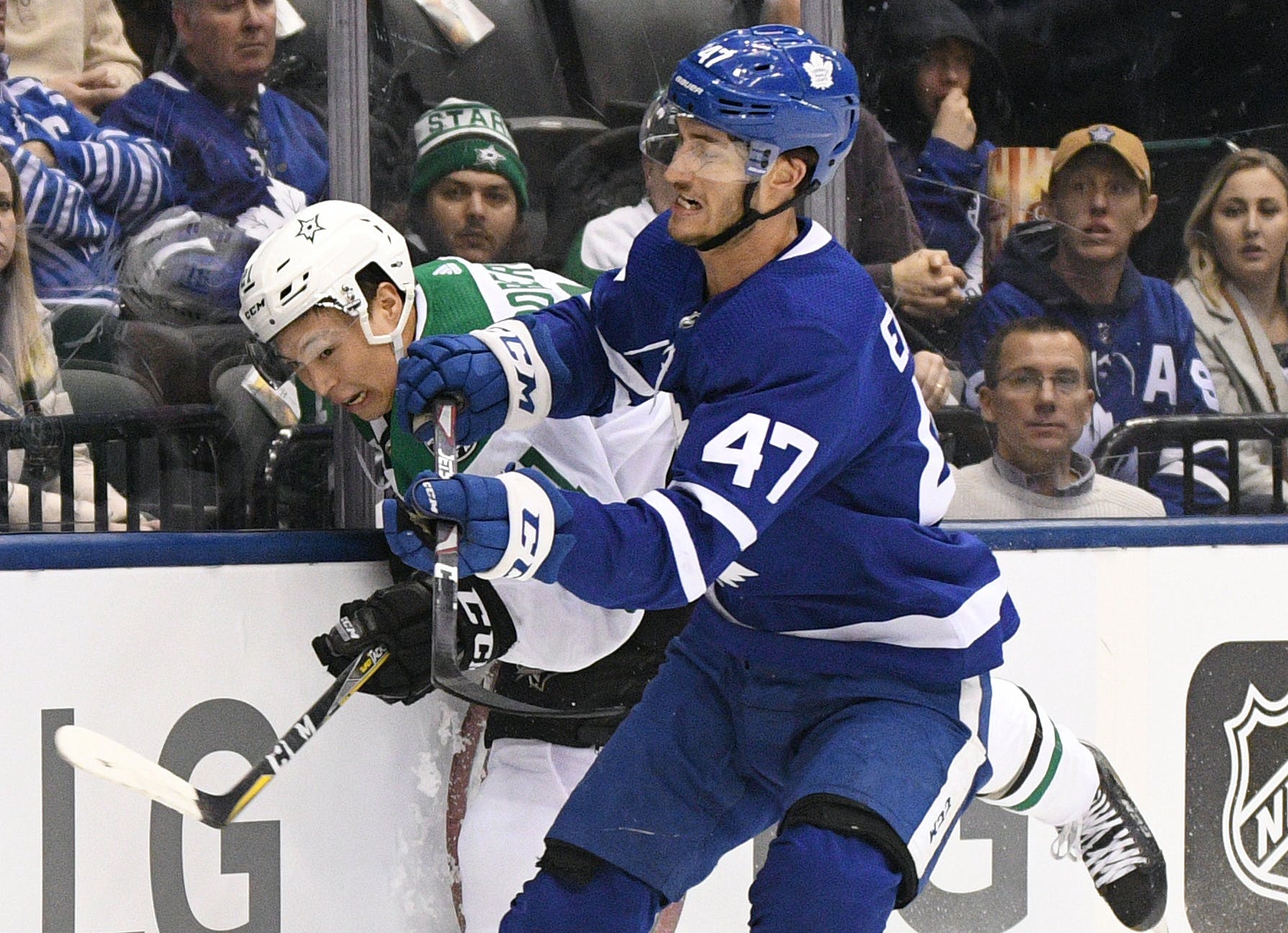 Photo credit: © Dan Hamilton-USA TODAY Sports
By Jon Steitzer
1 year ago
Comments
It’s that magical time during training camp, it’s cut day. The Leafs have slashed away at their roster and we now have a bit of an idea of who will be the roster and the taxi squad based on these moves.

So the Leafs are still sitting at 15 forwards, 8 defensemen, and 3 goaltenders. From that we can based on the allowed roster size and the Leafs cap situation the Leafs have their taxi squad and roster embedded in this group.
Presumably 21 of these players will be main roster, and either 4 or 5 of them will be on the taxi squad, depending on whether or not Alexander Kerfoot is on the injured reserve.
Advertisement
Ad
Advertisement
Ad
The surprises here might be that Adam Brooks is part of this group instead of Pierre Engvall, a player that Sheldon Keefe essentially called out following the Leafs Blue and White game on the weekend. Brooks certainly stood out, picking up a goal (as did Engvall), but there’s also this…

Keefe also noted of Engvall's goal: "I think it might be coming up on, if not past, the one year anniversary of his last goal." pic.twitter.com/msep1kawNs

Keefe on Engvall: "I expect Pierre to be better, to be honest."

So, yeah, I don’t think that was really a surprise after all.

So of the Leafs group that were cut, it’s only Martin Marincin, Kenny Agostino, and Calle Rosen that needs to be waived.
Advertisement
Ad
Advertisement
Ad
Marincin, Agostino and Rosen won’t be the only Leafs players on waivers in the next couple of days, as Adam Brooks, Travis Boyd, Aaron Dell, and (in a worst case scenario) Travis Dermott would all require waivers if they are being placed on the taxi squad.
If the Leafs are doing some waiving we’ll know about that shortly.
As for the opening night starting lineup, that is still to be determined, and we might not see that until tomorrow. For now the only surprise is the early cut of Pierre Engvall.