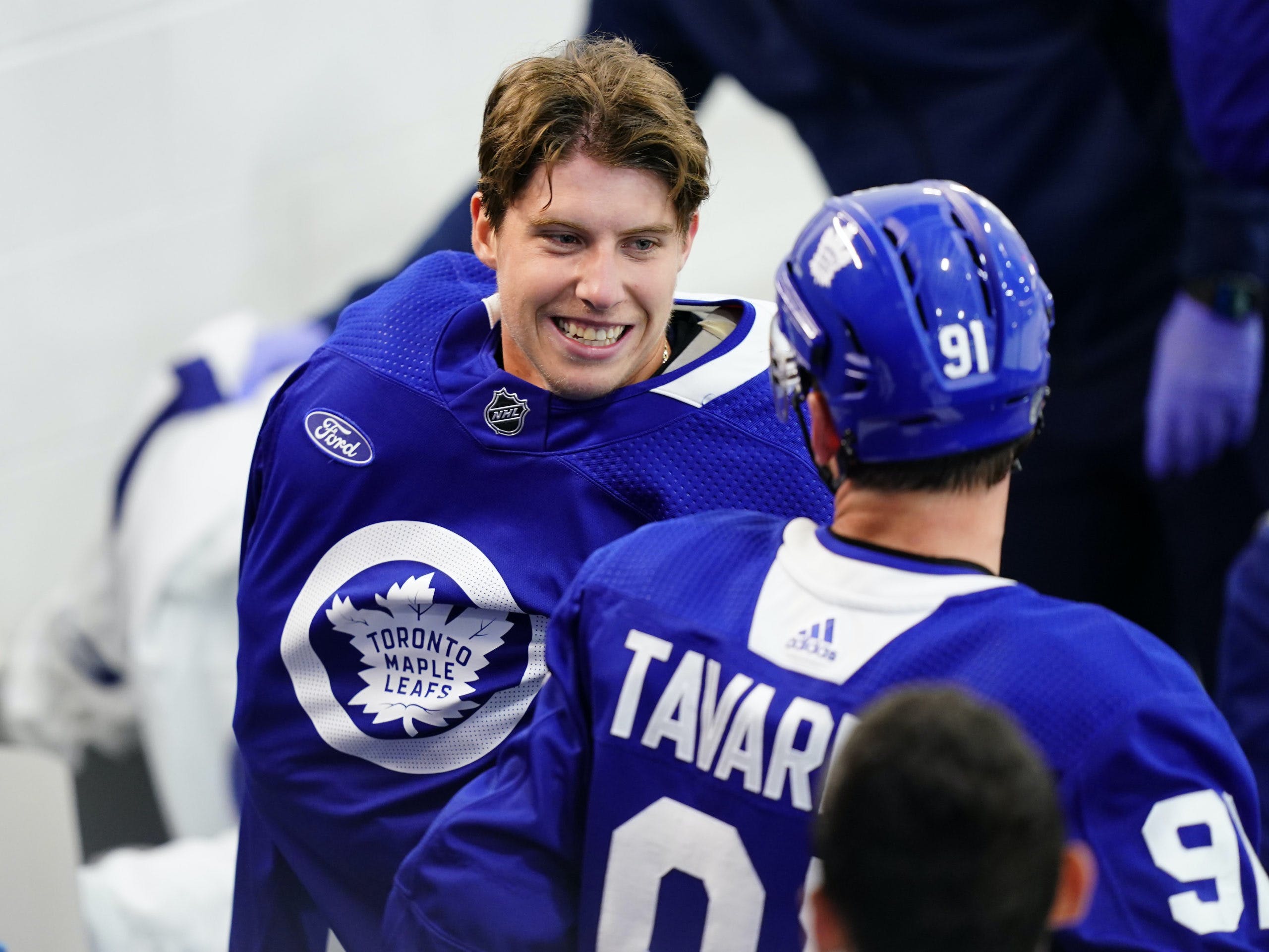 Photo credit: John E. Sokolowski-USA TODAY Sports
By Nick Barden
11 months ago
Comments
After a few days off due to a league-wide shutdown (and Christmas break), the Leafs are back practicing today.
It’s the Leafs’ first practice since December 16th — a day before players started entering COVID protocol. Toronto’s game vs. Columbus on Monday night has been postponed.
Their next game will be on Wednesday night vs. Pittsburgh.

Players at practice on Boxing Day

As the Leafs continue to deal with players in COVID protocols, this is who was at practice today:

As it looks right now, Marner will return to a line with @Auston Matthews and @Michael Bunting. The three were on a line together before Marner’s injury.
With Kerfoot and Nylander out, Tavares is skating with @Nick Ritchie and @Ondrej Kase. @Pierre Engvall is with @Kyle Clifford and @Joey Anderson. @Alex Steeves and Seney are the two other players with the forward group.
Král is on the top-pairing with Liljegren at practice today, which is interesting. Dahlström is beside Holl, and Biega is the lone skater on the bottom pairing.
The lines will start to change once players return from COVID protocols. But as it stands right now, this could be the Leafs’ partial lineup vs. Pittsburgh on Wednesday.
Advertisement
Ad
Advertisement
Ad
After Sunday’s practice, Leafs GM Kyle Dubas spoke with the media. He said that Kerfoot, Simmonds, and Spezza could return to practice on Monday, if they pass their cardiac screenings.

Alex Kerfoot, Wayne Simmonds and Jason Spezza set to return as well if they pass their cardiac screenings

Dubas said the Leafs could be a goalie and defenceman short for Wednesday. He also said that the Leafs aren’t looking to rush Marner back into games.

Kyle Dubas said he doesn't know at this stage what it means for #Leafs game vs. Penguins on Dec. 29 if they don't have required healthy bodies

"I think we would be ok for Wednesday; might be one or two short. Game is on out schedule and we have to prepare as if we are to play." https://t.co/Wc8sPNDi69