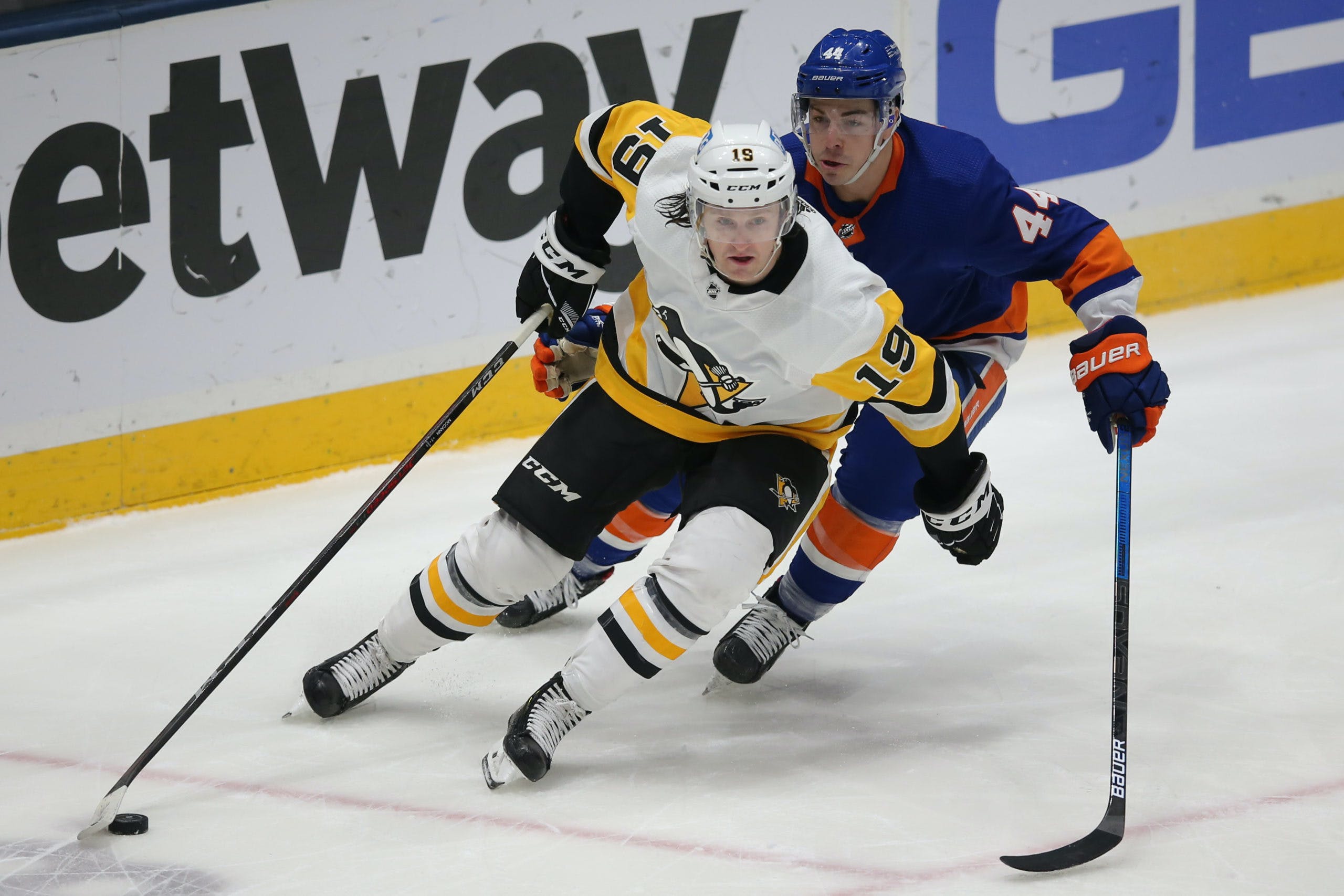 Photo credit: © Brad Penner-USA TODAY Sports
By Nick Richard
1 year ago
Comments
Kyle Dubas managed to complete a deal before the NHL’s expansion draft trade/waiver freeze took effect, acquiring center @Jared McCann in exchange for Filip Hållander and a seventh round draft pick. McCann is under contract for one more season with a cap hit of $2.94 million and he will be a restricted free agent next offseason.

The #leafs send prospect Filip Hallander back to the #pens — he was acquired in the Kasperi Kapanen trade last fall. https://t.co/dhMOH0i8Vg

McCann, 25, is a former first round pick of the Vancouver Canucks who put up 14 goals and 18 assists in 43 games for the Pittsburgh Penguins in 2020-21. The Stratford, Ontario native also spent three seasons with the Soo Greyhounds so he is something of a known commodity for Dubas and the Leafs’ front office.
Advertisement
Ad
Advertisement
Ad
It was no secret that the Leafs had to improve their forward depth and McCann will provide versatility while driving play and adding some secondary scoring. He has the ability to play both wing and center, and can play a solid two-way game up and down the Leafs’ lineup.

Jared McCann, acquired by TOR, is a very good two-way middle six forward who can play wing and centre. He's got a good shot and has produced very efficiently in the past few seasons. #LeafsForever pic.twitter.com/VicSYzYOID

The acquisition of McCann signals that the Leafs will almost certainly protect seven forwards, three defensemen, and one goaltender in the upcoming Seattle expansion draft – leaving both @Justin Holl and @Travis Dermott available for the Kraken. If the Leafs decide they would like to continue to shuffle things around in their forward group, there could be a deal to be had between Dubas and Kraken GM Ron Francis that would ensure Seattle selects @Alexander Kerfoot rather than Holl or Dermott, freeing up another spot up front as well as $3.5 million in cap space.
Advertisement
Ad
Advertisement
Ad
It promises to be a busy few days not only in Leafs land, but around the NHL. Stay tuned.
(Statistics from EliteProspects.com)
(Contract information from PuckPedia.com)