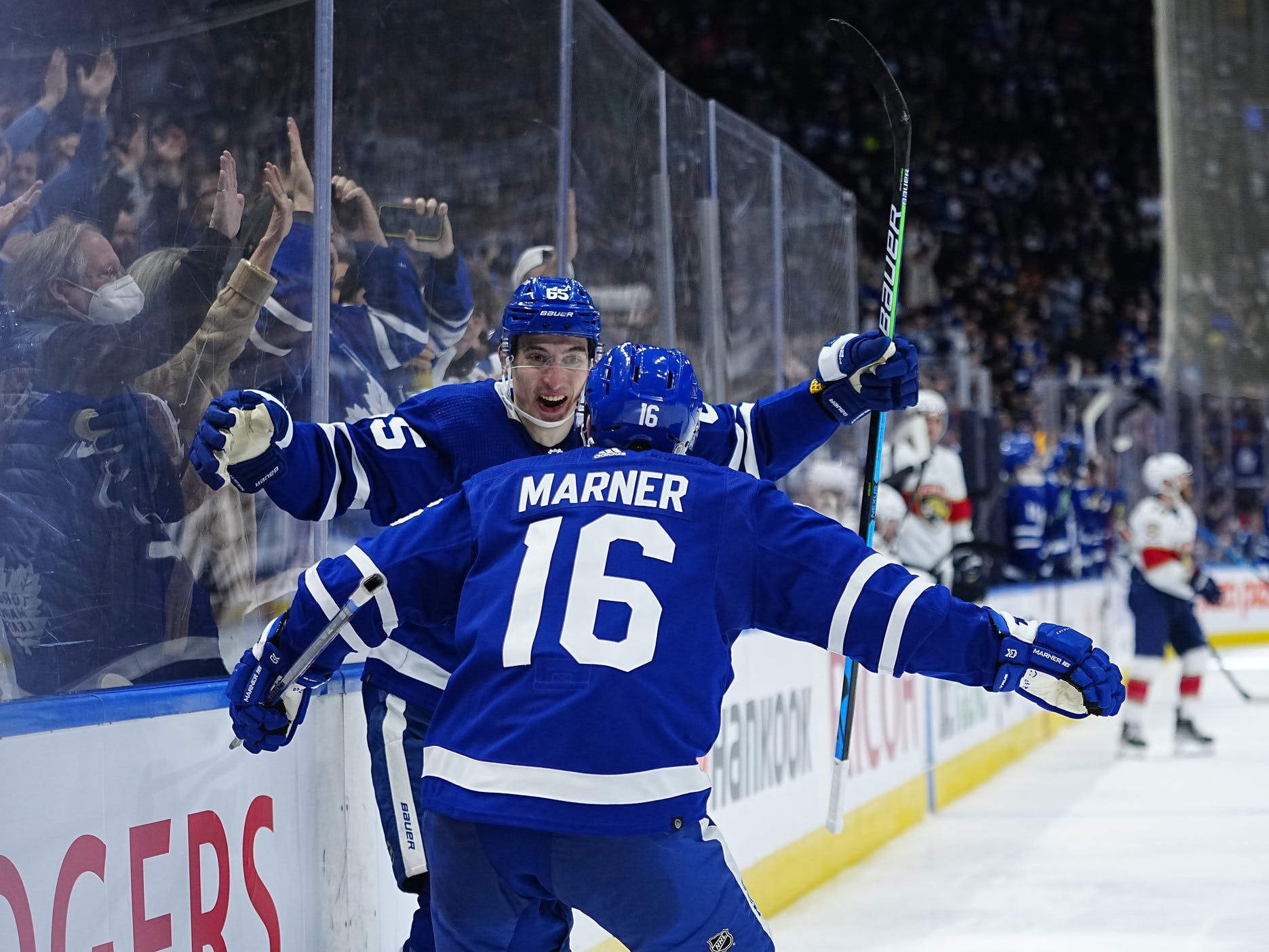 Photo credit: © John E. Sokolowski-USA TODAY Sports
By Mark Norman
9 months ago
Comments
In this monthly Maple Leafs Milestone Watch column, we’ll be recapping the milestones of the previous month and setting up which milestones are likely (or even farfetched) to occur in the upcoming month.

Tonight marks Mitch Marner's 400th career #NHL game. His 414 career points are the 2nd-most through a player's first 400 career games in #LeafsForever history, while his 290 assists are the most. pic.twitter.com/5aq1jOdxAS

Mitch Marner becomes the 15th player in Maple Leafs history to record 300 assists and is the fastest to accomplish the feat (411 games), surpassing the previous mark of 469 games set by Borje Salming. https://t.co/PuaTgoBwUn

Simmonds hit the 1000 NHL GP mark on Saturday, March 5th and was honoured a few nights later before a game against the Seattle Kraken.

Kampf skated in his 300th NHL game on March 27th vs. the Florida Panthers.
Brodie accomplished this feat with an assist on this Auston Matthews goal at the Heritage Classic in Hamilton on March 13th:

The Leafs have 15 games on the schedule in April, with three back-to-backs (including two Saturday-Sunday combos). At no point do they have more than two days off during the month. It’s going to be a busy April, which means plenty of opportunities to knock off some milestones:
Games Played
Goals
Assists
Points
Wins