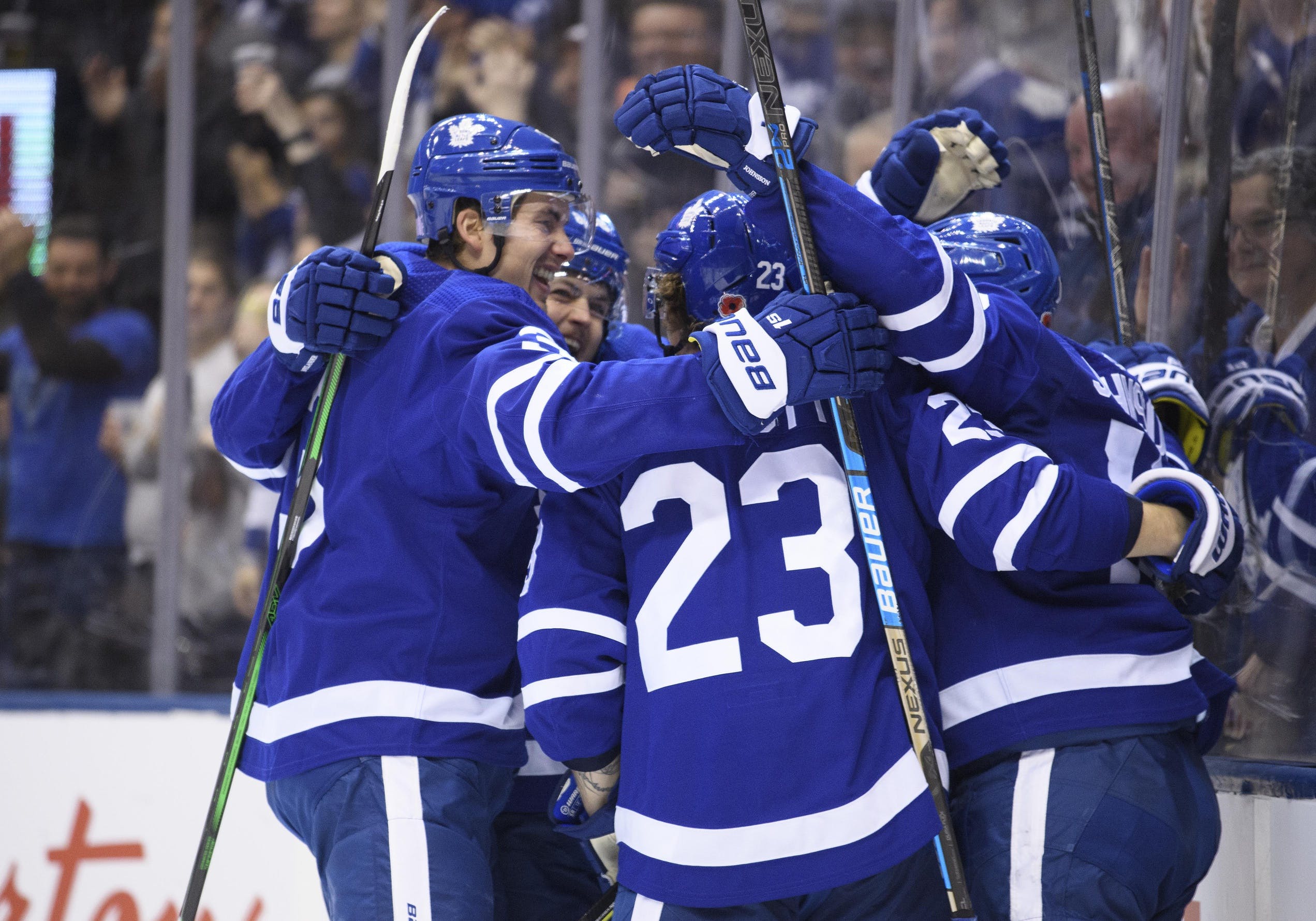 Photo credit: Nick Turchiaro / USA Today Sports Images
By Adam Laskaris
3 years ago
Comments
The Leafs fell 3-2 to the Philadelphia Flyers on Saturday night, for their first loss in quite some time.

Well, we might get to see the Leafs without Mitch Marner

Travis Dermott has an offensive side too

How can you not love Travis Dermott? pic.twitter.com/MOnXJk3Bl7

Some good puck skills as always, and an absolute rocket of a shot.

After a rocky first few games, Frederik Andersen is doing that whole “borderline Vezina candidate” schtick.
This sequence in the third was likely his best, and kept the Leafs in the game on a night where it never felt like the Leafs offence fully had their jump.

Matthews and Nylander should never be separated

Okay, we knew this one, right?

Game-tying goal in the third. Love to see it.

You can score on a slapshot in the shootout

Overtime solved nothing, so the Leafs and Flyers had everyone wondering if they’d be fighting for another 20-odd shooters.
CBC’s feed actually came back late, missing John Tavares’ attempt.
Then Claude Giroux did, uh, this?

After Auston Matthews missed, William Nylander went for this move and potted it home!

But unfortunately it was for naught, as Sean Couturier potted the game winner seconds later. Ah, well.
Advertisement
Ad
Advertisement
Ad
No time to waste. Leafs take on Chicago at 7 p.m. tomorrow night.