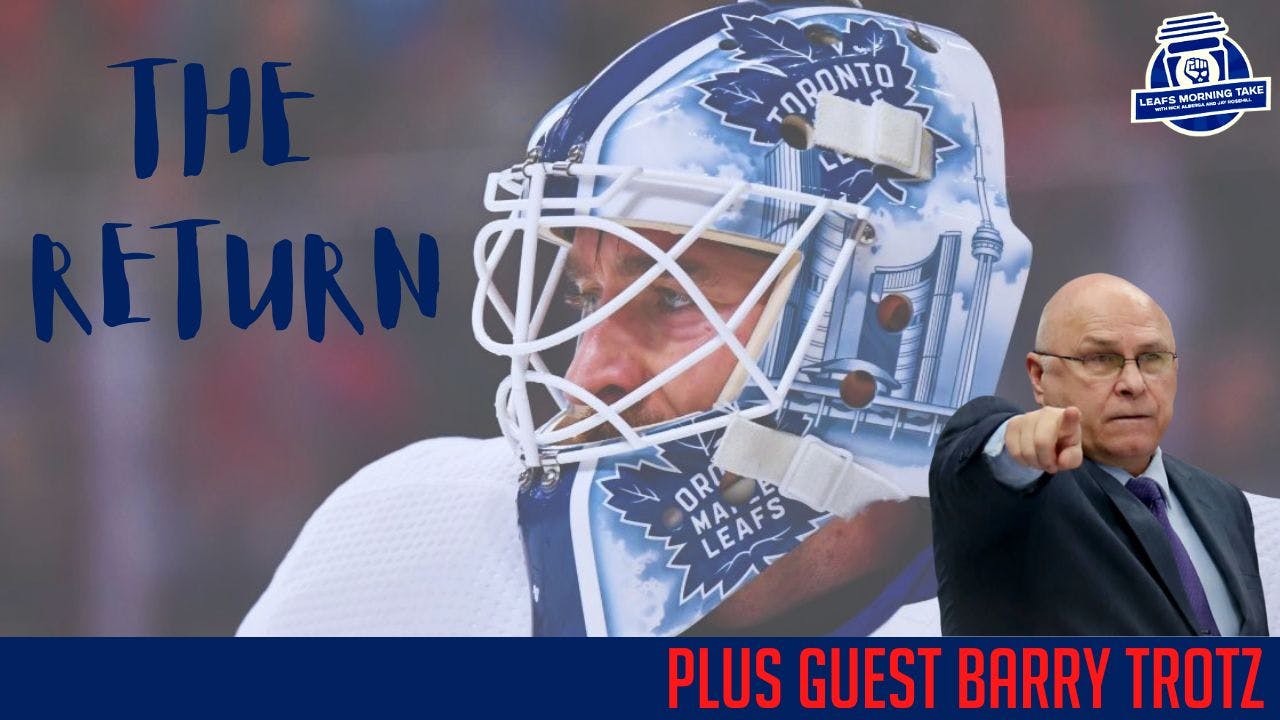 By Nick Alberga
21 days ago
Comments
If you didn’t get enough Leafs/Pens on Friday night, congrats, you’ll get more tonight.
Simply put, the Tuesday Edition of Leafs Morning Take was lit. I flew solo for today’s show, but as per usual, Rosie stopped by for a cameo appearance (3 Hits With Rosie). As mentioned, Toronto is in Pittsburgh tonight to tangle with the Pens for the second time in five days. Of course, the big story is Matt Murray, who won two Stanley Cups with the Pens early in his career. After missing 14 games with a groin injury, the 28-year-old will make his highly anticipated return tonight. But how long will that last is my question, it’s tough to get fired up for a dude who always seems to be hurt. Fingers crossed.
Meantime, the top free agent head coach on the market right now, Barry Trotz, dropped by for a chat. For nearly 25 minutes, we tackled an array of different topics —including the Leafs.
Advertisement
Ad
Advertisement
Ad

"They came back, they pulled themselves together. And it starts obviously with your best players."

– Barry Trotz on the #LeafsForever weathering the early season storm

As per usual, I wrapped with the PointsBet Canada bet of the day. Tonight, I’m tapping into Toronto’s new-look top-six.

Paying attention to that 34/88 pairing tonight👀

Once again, I’ll be flying solo for tomorrow’s show. That said, Rosie will drop by for another quick hitter sharing his thoughts on tonight’s game.
Talk on Wednesday at 11 AM ET!
Don’t forget to subscribe, like, and leave us a review wherever you’re checking us out
Advertisement
Ad
Advertisement
Ad