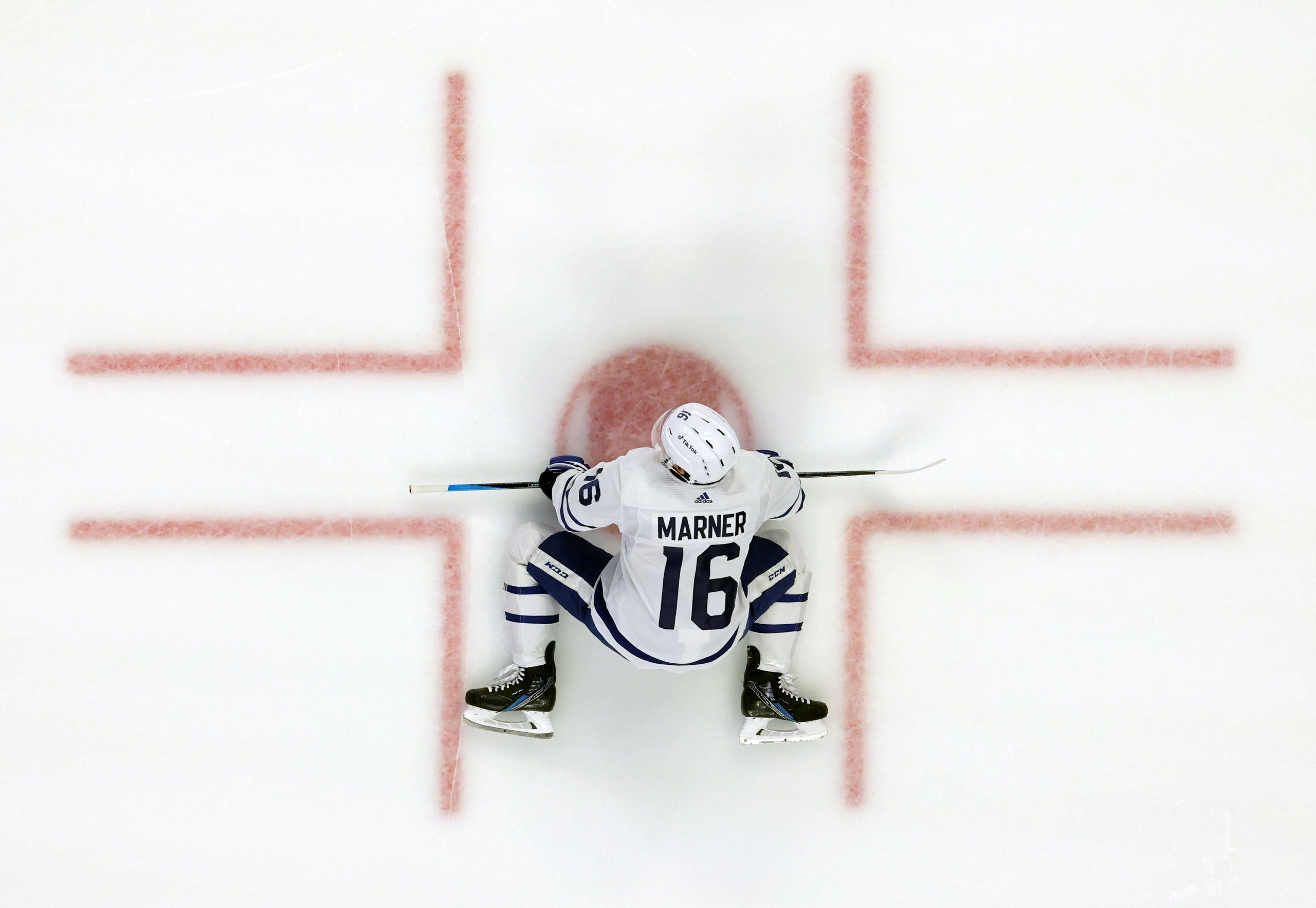 Photo credit: Timothy T. Ludwig-USA TODAY Sports
By Nick Barden
1 year ago
Comments
After a day off in Arizona, the Maple Leafs have returned to practice before their game vs. the St. Louis Blues on Saturday.
Returning to the team today is @Mitch Marner and @Pierre Engvall, who have both in COVID protocols since January 7th. As those two come off the COVID list, the Maple Leafs have unfortunately had to add a few players to it.

There were five players remaining on the team who haven’t been placed in protocol, and this is three of them. @Justin Holl, @Ondrej Kase, and @Nick Ritchie will all have to isolate for five days and submit a negative test before returning to the team.
Both @Auston Matthews and @Michael Bunting are the only Maple Leafs left who haven’t been put into protocols this season.
Losing those three players is a huge blow for Toronto. It seemed like Holl was starting to find his way after a rough start to the season, and it looked like Kaše was a fit on the top line with Matthews and Bunting. It looked like Ritchie was starting to have a bit of success too.
Advertisement
Ad
Advertisement
Ad

With Marner and Engvall returning, and a few others in isolation, here’s how the Maple Leafs lines shaped up in practice today.

The top-six returns to how it was before Marner was placed in COVID protocols. He returns to Matthews’ wing alongside Bunting, which should result in a lot more production from a line that’s been doing well without the 24-year-old.
After practice, Marner spoke with the media and said he even felt good to play vs. Arizona on Wednesday night.

Marner says he's good to go, felt he was good to play for the last game as well but understood he needed time to get up to speed.

Sheldon Keefe elaborated saying that the two players skated in Toronto before taking a flight out to Arizona.

Keefe noted that Marner and Engvall skated a bit in Toronto before re-joining the #Leafs for practice today. That helps.

With no Kaše and Ritchie, Sheldon Keefe was forced to rearrange the bottom-six.
Toronto’s third line now consists of @Ilya Mikheyev, @David Kampf, and Engvall. We haven’t seen much of Engvall on the right-wing, so this might be an interesting change for Keefe to watch. The fourth line remains the same with @Jason Spezza and @Wayne Simmonds, but now they add @Kyle Clifford to the mix.
Advertisement
Ad
Advertisement
Ad
It’s an interesting fourth line because you have three guys who are veterans. They what works and doesn’t in the NHL, and all three of them are incredibly passionate in what they do. I’m looking forward to seeing what this line can do in games.
Finally, with Holl out, @Timothy Liljegren returns to the second pairing with @Jake Muzzin.
The shaking up of the lineup also means the Maple Leafs’ power play is switched around too.

Toronto’s top power play unit returns to full force with Marner being back. Ritchie’s absence on the Maple Leafs’ second power play unit allows for Simmonds to get some time back on special teams.
This season, the Maple Leafs special teams have been very dominant. Toronto’s power play is tied for second the NHL with St. Louis at 29.6%. Their penalty-kill is good enough to place them eighth in the league, sitting at 82.8%.
Advertisement
Ad
Advertisement
Ad
They will face a tough test in the Blues’ power play on Saturday night. Puck drop is at 7 PM ET.