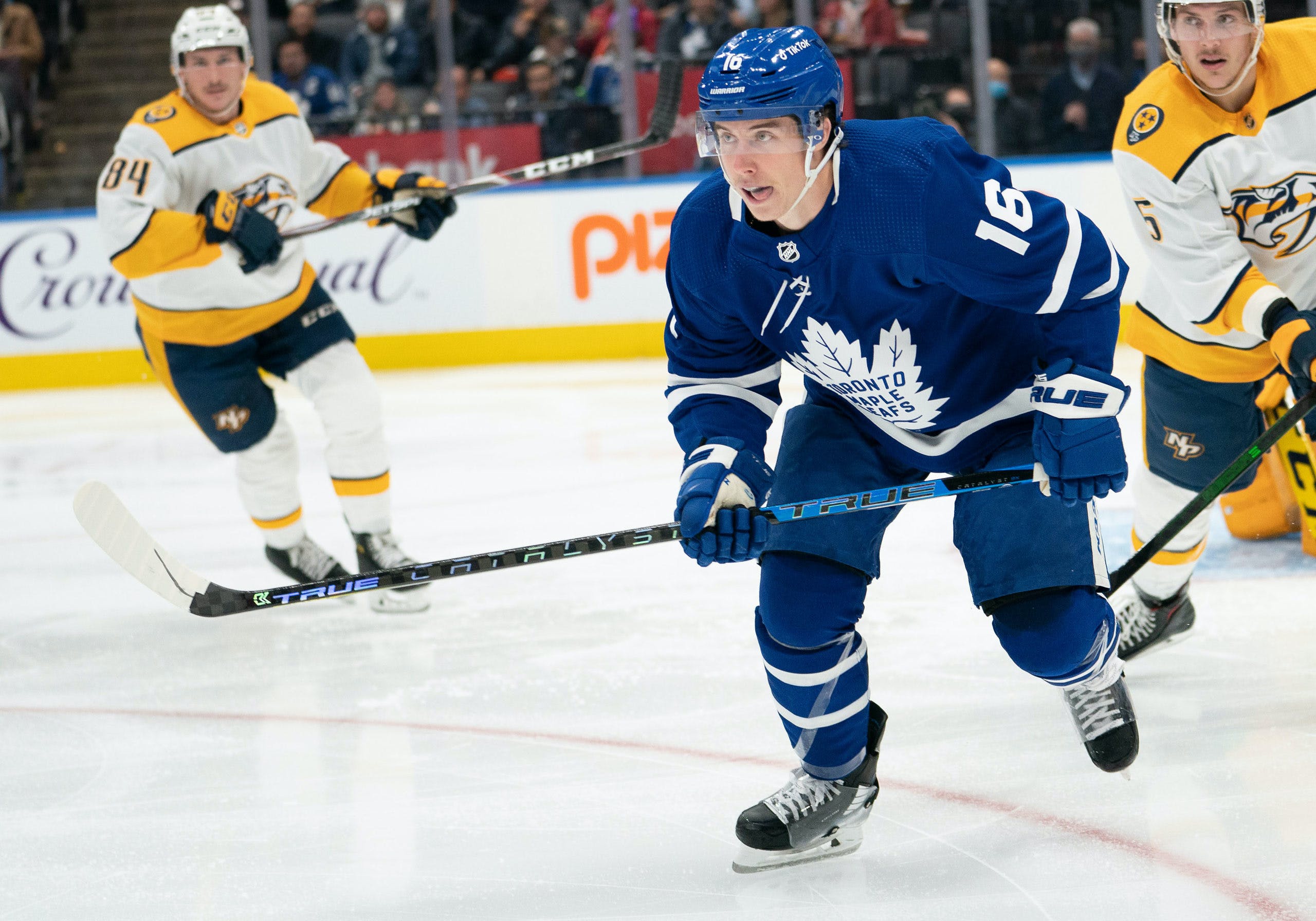 Coming up from the Toronto Marlies is @Joey Anderson and @Brett Seney.
The two have combined for nine points in the four games they’ve played since the Marlies returned from their COVID break.

The Maple Leafs have placed forwards Pierre Engvall and Mitch Marner into the NHL’s COVID-19 protocol.

Forwards Joey Anderson and Brett Seney have been assigned to the Maple Leafs taxi squad from the Toronto Marlies (AHL).

@Ondrej Kase was skating before the Maple Leafs practice on Friday. However, the 26-year-old did not take part in full practice.
Earlier this week, Keefe said the 26-year-old tweaked something at practice. After Friday’s practice, Keefe said he won’t play Saturday vs. Colorado but will join the team on their road trip.

Sheldon Keefe says Ondrej Kase is not expected to play tomorrow but will join the team on the trip.

The Maple Leafs lines at practice

New lines for the Leafs with Mitch Marner and Pierre Engvall in protocol:

With Marner being out, @Alexander Kerfoot has moved up — something that’s different from what we’ve seen before. @Ilya Mikheyev moves up to the second line, which allows him a continued opportunity to show his worth.
Another player who slots in after some injuries is @Nick Ritchie. The 26-year-old cleared waivers today, and it looks like he will join the team on their road trip. Although it’s been a tough season for Ritchie, this is another opportunity for him to prove he belongs in the lineup.
If Ritchie can play well, a full-time position in the lineup could be his.

Joining Ritchie and @David Kampf on the third line is @Jason Spezza. I’m interested to see what he does with an increased role.
Finally, the fourth line consists of Seney, @Kyle Clifford, and @Wayne Simmonds. I’m interested to see what this line does. With the skillset that Seney brings and the toughness of Clifford and Simmonds, this comes as an exciting opportunity.
Advertisement
Ad
Advertisement
Ad
As for Toronto’s defence pairings, they will remain the same going into tomorrow night’s game.
Another trickle that came after practice was the starting goaltender for Saturday’s game vs. Colorado. Sheldon Keefe confirms that @Jack Campbell will start.

Keefe said earlier this week that this is Campbell’s opportunity to run with the starting goaltender’s job. @Petr Mrazem remains on the outside looking in as Campbell is having a Vezina-worthy season.
I wonder if Mrázek will get a start on their upcoming road trip.
Toronto will fly into Colorado tonight before playing their game at Ball Arena on Saturday. Puck drop is at 7 PM ET.