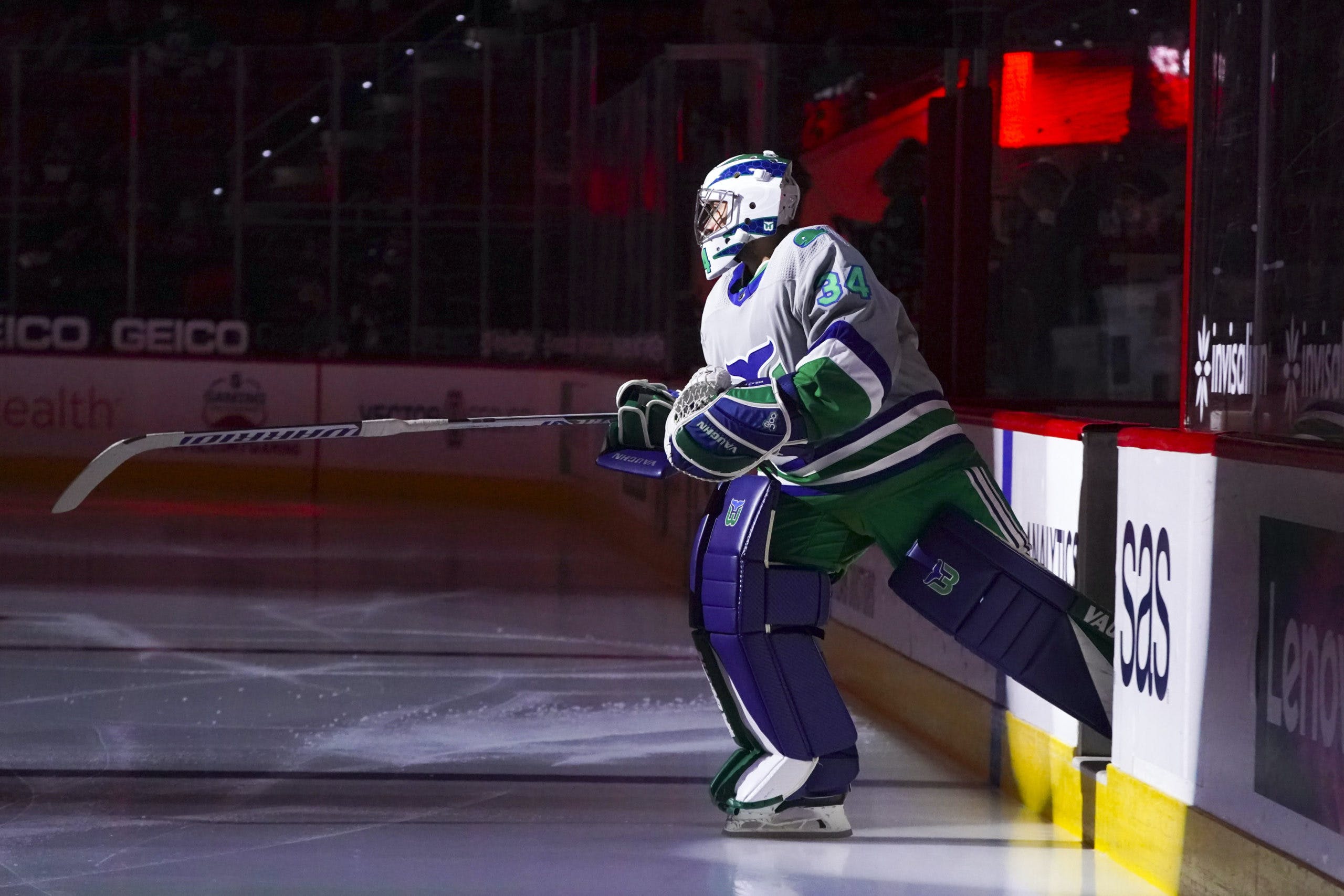 Photo credit: © James Guillory-USA TODAY Sports
By Nick Richard
1 year ago
Comments
It appears the Leafs have found their partner for @Jack Campbell. Kevin Weekes of ESPN and the NHL Network is reporting that the Leafs will sign goaltender @Petr Mrazek to a three-year deal once free agency opens at noon. Frank Seravalli of DailyFaceoff has since reported that Mrazek’s contract is expected to carry a cap hit in the neighborhood of $3.8 million.
Adding Mrazek as a replacement for the departed @Frederik Andersen will see the Leafs spending around $1.2 million less on the goaltending position than they were paying the tandem of Andersen and Campbell last season.

Sounds like Petr Mrazek is expected to join the #Leafs on a three-year deal in the $3.8 million AAV neighborhood.@DFOHockey @Sportsnet

Mrazek, 29, was injured and played just 12 games for Carolina last season, posting a 2.06 GAA and a .923 SV%. In 277 career regular season games, he has a 2.61 GAA and a .910 SV%.
The Czech native will presumably share the crease with Campbell next season, giving head coach Sheldon Keefe the option to run with the hot hand in the case that one of them struggles. The move also ensures that the Leafs will have an NHL-caliber goaltender signed beyond this season as Campbell enters the final year of his contract that counts for just $1.65 million against the salary cap.
Advertisement
Ad
Advertisement
Ad
Another season like the one he just had will earn Campbell significantly more than he is making on his current deal, and with the salary cap not expected to see a significant increase in the coming years, there is a chance that the Leafs could get priced out of retaining him. He was spectacular on his way to stealing the number one job in Toronto last year but the sample size is still quite limited in terms of his career track record, and the concerns about his injury history are warranted. At worst, bringing in an established tandem option like Mrazek gives the Leafs a fallback option if Campbell falters, and if things really work out, a potential starting goaltender moving forward.

Dubas, recently: "We’re really just looking for the best goalie possible to come in and form as good a tandem as possible and let them get after it, push each other, support each other and be the best duo they can be.” Mrazek and Campbell going forward. #Leafs