Advertisement
Ad
Rumours Update: Leafs had trade with Chicago for Fleury and Hagel that fell through 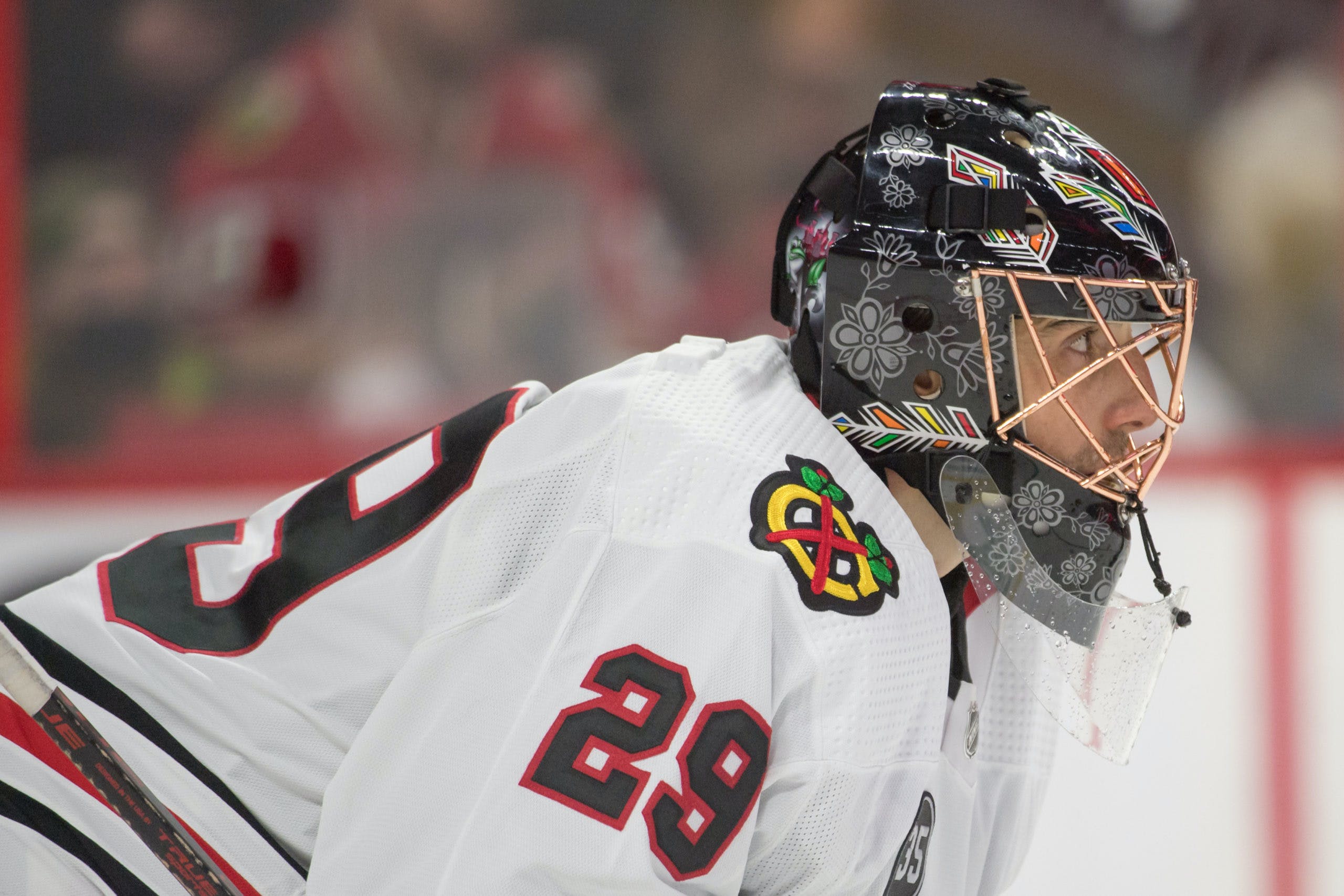 Photo credit: Marc DesRosiers-USA TODAY Sports
By Nick Barden
10 months ago
Comments
We’re less than 48 hours away from the NHL trade deadline and things have gotten very spicy more recently.
The Maple Leafs are reportedly looking for a goalie, defenceman, and a forward, which would help bolster their team. And according to TSN’s Darren Dreger, Kyle Dubas had a trade with Chicago lined up, but it fell through.

Here’s a deal that didn’t happen. Chicago and Toronto discussed Hagel and Fleury to the Leafs for Mrazek, Matthew Knies and 1st round picks. Never reached a stage where Fleury was asked officially to waive. Toronto declined based on the futures involved…1/2

Toronto sees promise in Woll and Kallgren and most definitely, Jack Campbell. It was a massive ask on the futures and potentially a portion of those futures can be used on shoring up Toronto’s D. Turns out…Chicago got a huge return for Hagel from Tampa Bay.

The Tampa Bay Lightning were the team that struck a deal with Chicago for Brandon Hagel. Tampa sent two first-round picks along with two young forwards to the Blackhawks.
It seems smart for Dubas and the Maple Leafs to do this since Matthew Knies rose to become one of the top prospects in their system. Dreger said Toronto was going to give up multiple first-round picks in exchange, which would’ve been a bad decision.
In the end, the trade just didn’t work out and both teams went their separate ways.
After reading this tweet, it looks like the Maple Leafs will not be looking for a goaltender anymore. Erik Källgren’s two wins and .963 save percentage has allowed for some breathing room in Toronto and they could roll with him until Jack Campbell returns from injury.
Advertisement
Ad
Advertisement
Ad
If that’s the case and Toronto believes in their goaltending that much, maybe Dubas ships out Petr Mrazek for some extra cap space before Monday’s deadline. That’s speculation, but when teams see promise in their young goaltenders, especially Källgren and his good numbers, anything is possible.
At this moment in time, it looks like Hampus Lindholm is the latest defenceman off the board. According to Kevin Weekes, the 28-year-old is involved in a trade with the Boston Bruins.
So, that would leave Mark Giordano, Jacob Middleton, and John Klingberg (unlikely) on the trade board. There has been a lot of traction in the coming days on Giordano joining his hometown team.
There would likely need to be a broker team to retain some cap space, but if Giordano wants to come home, I’m sure Dubas would be happy to make that happen.
Advertisement
Ad
Advertisement
Ad
He’d add a ton of leadership to the Maple Leafs, while also possibly being reunited with T.J. Brodie from their Calgary days.
At this point, it’s unclear if Toronto is going to make a deal today or not, since there’s already been a few today. But stay tuned as these next 48 hours will likely be Dubas’ busiest since becoming the Maple Leafs’ GM.
More from TheLeafsNation.com