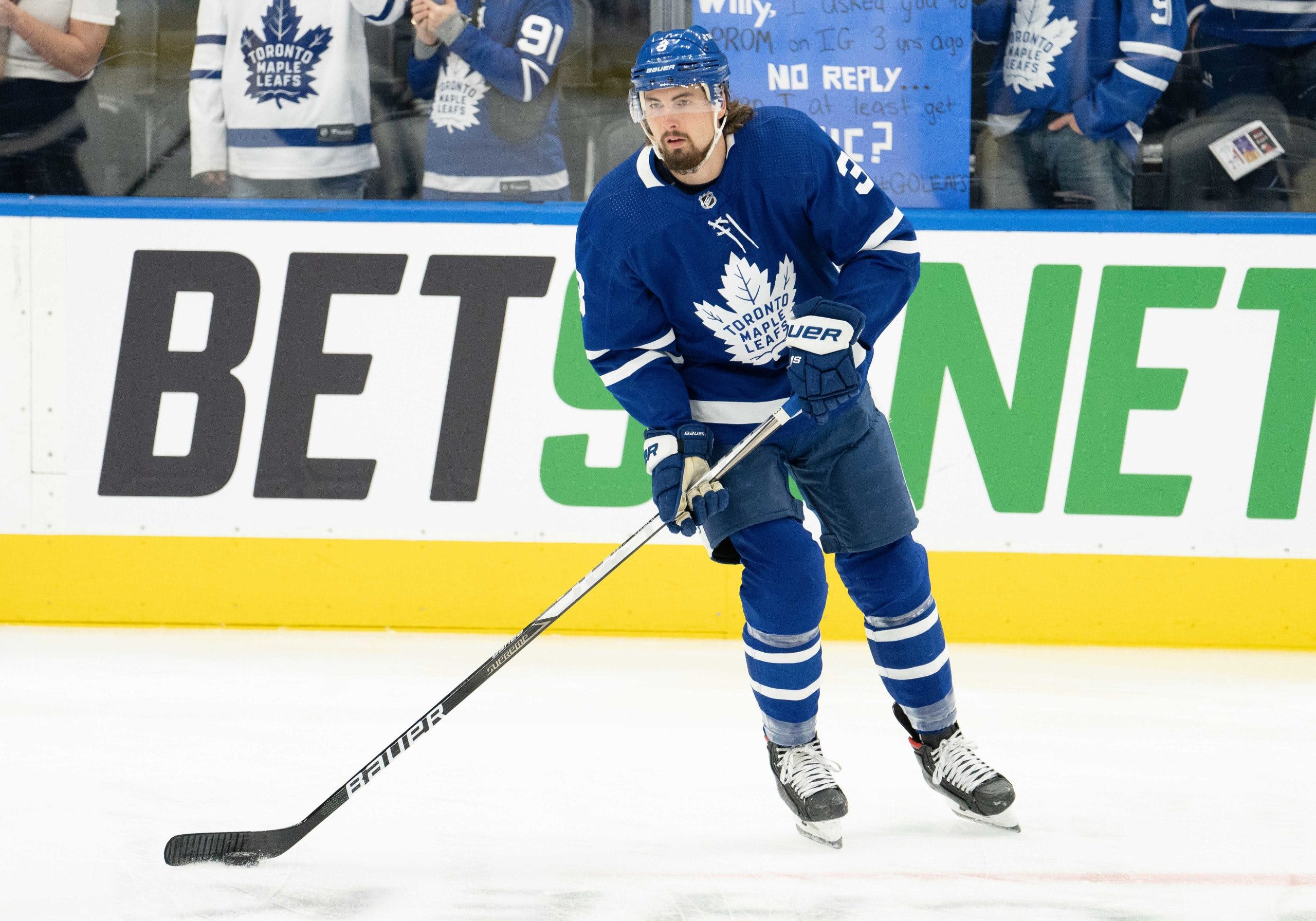 Photo credit: Nick Turchiaro-USA TODAY Sports
By Nick Barden
1 year ago
Comments
@Justin Holl’s name is reportedly still in the Leafs’ trade discussions.
Rumours began earlier this season when the 29-year-old was scratched. @Timothy Liljegren, @Rasmus Sandin, and @Travis Dermott were the three players in the rotation at that moment. Holl played in the Leafs’ 8-3 win over Colorado, but his name is still in trade talks.
That’s according to DailyFaceoff’s own, Frank Seravalli.

4. Justin Holl
Right Defense, Toronto Maple Leafs
Age: 29
Contract: 1 more season at $2 million AAV
Scoop: Goaltender Petr Mrazek is inching closer to a return to the Maple Leafs’ lineup, having recently returned to practice with the team. That means the Leafs will need to clear some cap space in order to activate Mrazek off LTIR. Kyle Clifford is one easy transaction. But the Leafs will need to shed more than that. There are other ways, including waiving Wayne Simmonds or trading Nick Ritchie. Since Timothy Liljegren has played himself into an everyday role, the Leafs have had interest in both Holl and Travis Dermott, but Holl is older and earns more – in a role that’s not commensurate with his pay.

I can see the two sides of this problem. The Leafs will need cap space for @Petr Mrazek and @Ilya Mikheyev to return.
You have a few options when it comes to that.
Once you send @Kyle Clifford, @MIchael Hutchinson, @Joseph Woll, and @Joey Anderson to the Marlies, you have some available space. Taking Mrázek off IR fills most of that cash space. Then, when MIkheyev returns, the Leafs will need to get rid of one more contract. But it has to be above the league minimum that @Jason Spezza is making.
Advertisement
Ad
Advertisement
Ad

In terms of this option, it’s likely the safest route. You can either waive or trade one of the two players. Engvall has eight points in 24 games this season but has been a fit with the third line when @David Kampf and Kaše are playing.
Ritchie, though, has five points in 24 games played. His contract is more than Engvall’s, and he hasn’t been living up to expectations heading into this year with the Leafs. I don’t believe Toronto would want to trade Ritchie, but I assume they want more from him right now.

Trade Holl, Dermott, or send down one of Sandin and Liljegren

I believe that the last three are immediately out of the question. The bottom pairing of Sandin, Liljegren and Dermott (at times) has played well, and I don’t think Toronto touches that at all. In terms of Sandin and Liljegren, it would be a massive shock to me if Toronto sends either of them back to the Marlies.
Advertisement
Ad
Advertisement
Ad
“You wanna be in every night,” Dermott said after the Leafs’ 8-3 win over Colorado. “I think you try to stay on the positive side of it because you look at our d-core, we have seven D who can play any night, for pretty much any team in the league. I mean, I love every guy in that rotation. When they’re in and I’m out, I’m trying to just push them as much as I can because they’re doing the same when I’m in.“
It’s a difficult situation because the Leafs are playing well right now. As much as it is a business, trading Holl will hurt the team. Not just in morality, but in terms of their defence too.
Toronto doesn’t have the cap space to get a return on Holl unless it’s draft picks or a prospect. I understand that the 29-year-old is not living up to his contract, but who’s the next man up if he’s traded?
Advertisement
Ad
Advertisement
Ad
If there’s an injury, that means Toronto would have to call up one of @Kristians Rubins, @Joseph Duszak, @Carl Dahlstrom, or @Alex Biega. While each of those is decent options, I don’t know if the Leafs would want to get to that point after one injury.
A Stanley Cup team has a lot of depth. Right now, Toronto has more of that with their forwards. I think it makes more sense to lose a forward than a defenceman.
Having seven players on the backend provides a lot of insurance if there’s an injury. To me, as much as it is a problem to have Holl’s contract taking up that much space, it makes sense to keep him in the Leafs organization.
One more point is that there were reports that the Leafs could get a decent return for Holl. Again, he’s valuable to the team, and although his cap hit is high, there’s only one more year left on the deal. If Toronto wanted to do something, I’d say they’d do it during the off-season. Unless he’s still not playing well. If he hasn’t turned it around by the trade deadline, maybe you explore a move then.
Advertisement
Ad
Advertisement
Ad

Has Holl been good enough?

We wouldn’t be having this conversation if he was playing well. This season, Holl has struggled to produce, scoring zero points. The 29-year-old isn’t doing well on the defensive side either. He and Muzzin, as a pairing, have allowed the most goals on the Leafs at five-on-five with 35.
His individual goals against at five-on-five are the highest among Leafs defencemen at 2.87 per 60 minutes. Holl also allows the most shots against at five-on-five with 34.25 per 60 minutes. The 29-year-old also leads all Leafs defenders with the most scoring chances against and high-danger chances against at five-on-five.
Right beside him on those lists, though, is Muzzin. Both aren’t having the best starts to their season. There’s always a chance to turn it around, but it’s only going to get more challenging.
Advertisement
Ad
Advertisement
Ad
To put the blame solely on Holl isn’t fair. When they’re both on their game, the two are good. We’re just going to have to wait and see if they can find it.
So, then what do the Leafs do?
They can’t be patient because Mrázek and Mikheyev are returning very quickly. If I were the GM (and I’m no capologist), I would trade or place one of their forwards on waivers. It provides you with the ability to have patience when finding a trade partner for Holl.
In terms of who goes, well, that’s a discussion for the team. I believe you should look at who fits most. I’d start by saying Ritchie, but I don’t know how liked he is around the team.
At the end of the day, though, it is a business. At the same time, you have to find a fit that works best for the team. You want the Leafs to be successful — you don’t want one trade to ruin it.
Advertisement
Ad
Advertisement
Ad
(Stats via NaturalStatTrick.com)