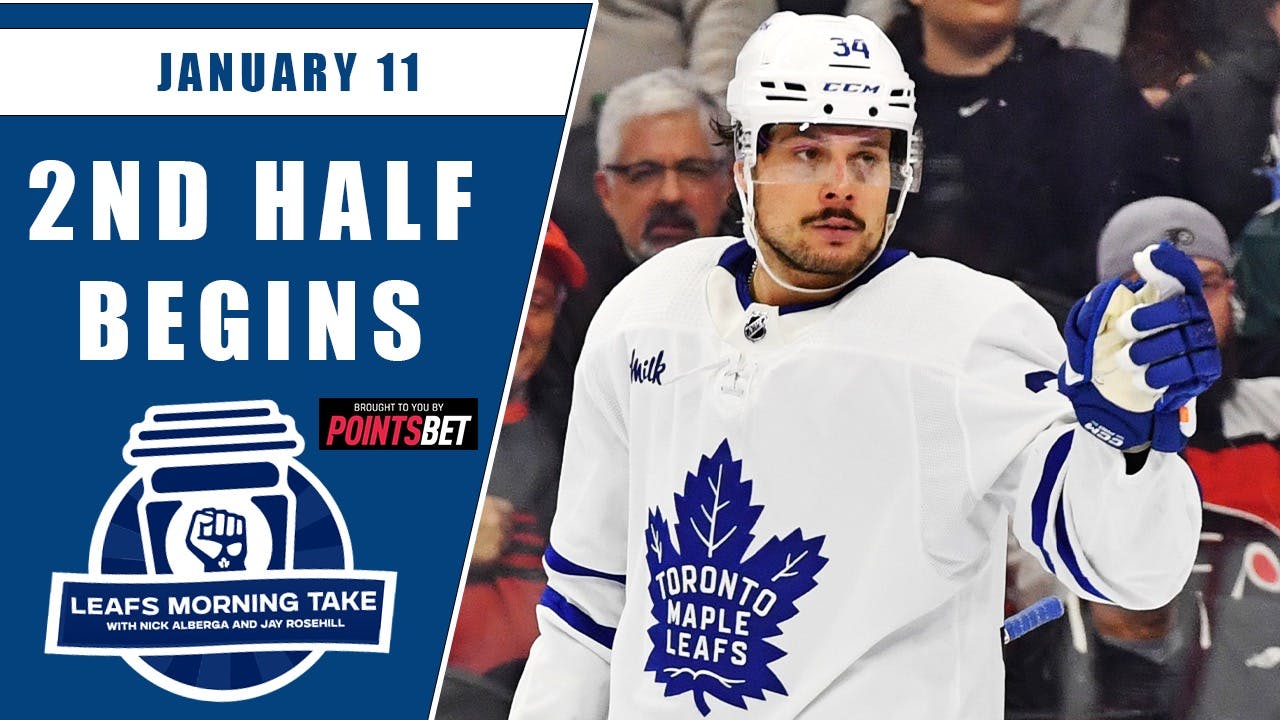 By Nick Alberga
20 days ago
Comments
Can the Maple Leafs slow down the red-hot Juuse Saros?
Well, they’ll have to try and do so without the services of Auston Matthews. The 25-year-old, who’s considered day-to-day, will not play tonight due to what Sheldon Keefe said is something that’s “been bothering him for a while.” Whatever that means.
Instead, 26-year-old Bobby McMann is slated to make his NHL debut as the Leafs kick off their second half slate at home against the Nashville Predators. Of course, the game preview was the feature presentation on today’d edition of Leafs Morning Take.

Furthermore, as mentioned, it promises to be a spicy goaltending matchup tonight, especially with the way Juuse Saros has been playing lately for Nashville. Thanks to our new friends over at Montana’s, who are offering all you can at ribs tonight by the way, we previewed it.
Advertisement
Ad
Advertisement
Ad

Lastly, there’s a few plays we like for the PointsBet Canada bet of the day:

Meantime, we’re pre-taping something with Senators forward Claude Giroux today. We’ll have it for you either tomorrow or Friday.
At any rate, make sure to join on Thursday at 11 AM ET for a full recap of Leafs/Preds, plus a preview of Leafs/Wings from Detroit.
Don’t forget to subscribe, like, and leave us a review wherever you’re checking us out.