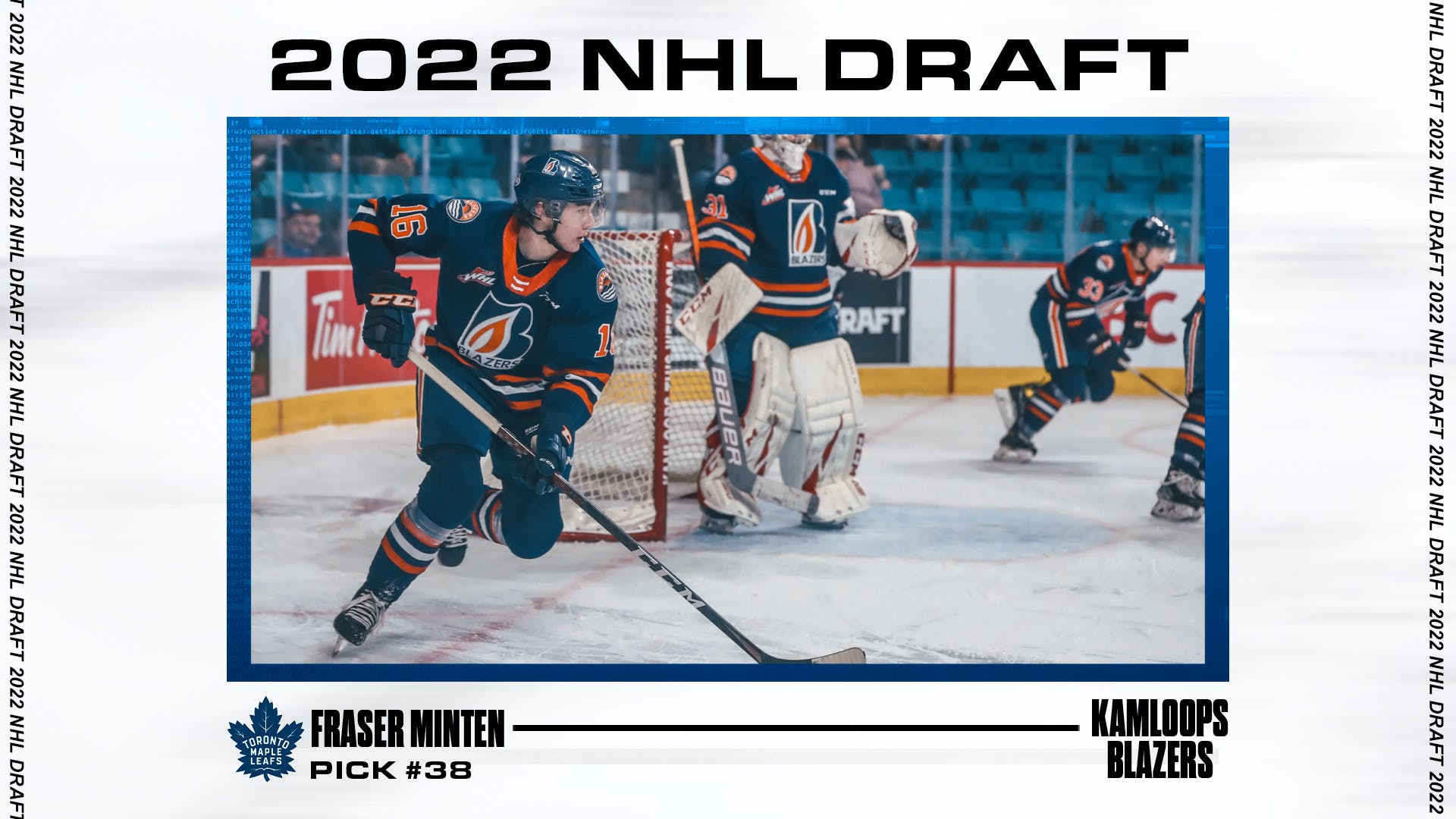 Photo credit: Nick Barden
By Nick Richard
4 months ago
Comments
With their first pick in the 2022 NHL Draft, the Leafs have selected center Fraser Minten from the Kamloops Blazers in the WHL. Minten, 6’1″ and 185 pounds, put up 20 goals and 35 assists in 67 games for the Blazers this past season.

The Leafs take Fraser Minten from the @blazerhockey with the 38th overall pick!

Thoughts on the pick? pic.twitter.com/peNfQC6WSV

Minten is one of the youngest players available in this draft but he is almost one of the most physical. He bears some similarities to last year’s second-round pick, Matthew Knies, in that he is a highly competitive player with a great shot who really put it together in the second half of his draft year.

Fraser Minten really does have terrific two-way skills. His speed, strength, and ability to protect the puck in stride allows him to transition the puck with give and go plays real easy. #2022NHLDraft pic.twitter.com/ZU7dn5c88m

Advertisement
Ad
Advertisement
Ad
Not only does Minten finish his checks with consistency but he knows how to use his strength to make plays off the wall and into the middle of the ice to open up space for himself or his teammates. At this point in his development, he is a bit of a straight-line player but there is plenty of growth potential with this pick.
Minten may not have a dynamic quality in his game but he has a well-rounded skillset and projects as a solid complementary forward who can bring energy and chip in with some secondary offense.

#Leafs pick Fraser Minten had a good assist rate this year in the WHL, and while he didn't have great goal totals, generated a lot of shots and had a low shooting percentage. Good two-way results as well.

Projects as a bottom-six, physical forward that has good tools pic.twitter.com/YFIaGFJMeY

Advertisement
Ad
Advertisement
Ad
We will have more on the Leafs’ picks following the conclusion of the draft. Stay tuned.
(Statistics from EliteProspects.com)
More From TheLeafsNation.com: