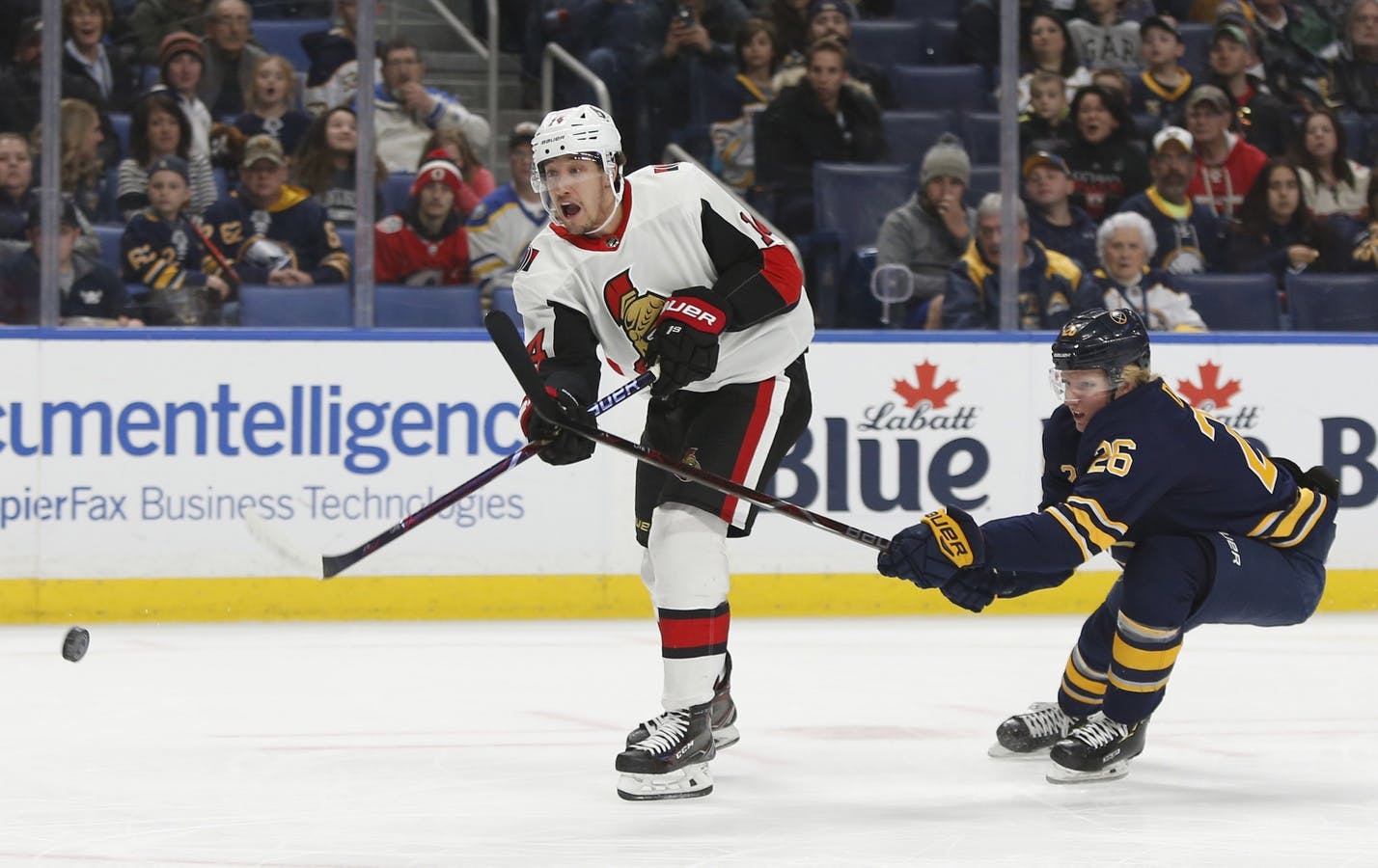 By Scott Maxwell
2 years ago
Comments
The Toronto Maple Leafs and Ottawa Senators made a couple of deals this evening, exchanging players on both NHL and AHL deals.
The first deal saw the Leafs send Aaron Luchuk and a conditional 2021 sixth round pick to Ottawa for Max Veronneau.

The @MapleLeafs have acquired forward Max Veronneau from Ottawa in exchange for Aaron Luchuk and a 2021 conditional sixth-round pick.

Veronneau is a 24 year old right winger who was a college free agent who signed with the Senators in 2019. He has two goals and four points in 16 NHL games played. He’ll be a restricted free agent at the end of the season.
Luchuk was originally signed by the Senators before being traded to the Leafs last summer as a part of the Ceci-Zaitsev deal. He spent most of the season with the Newfoundland Growlers, where he put up 19 goals and 49 points in 44 games. Why the Senators want him back, I don’t know, but hey, they got their guy back.
As for the sixth round pick, the conditions are that Ottawa gets the pick if Veronneau plays 10 NHL games and he re-signs for next season, as per Chris Johnston.
Advertisement
Ad
Advertisement
Ad
The Marlies also made a deal, as they acquired Trent Bourque from the Belleville Senators for Darren Archibald.

News: The Marlies have acquired defenceman Trent Bourque from the @BellevilleSens in exchange for Darren Archibald.

Bourque has played 5 games for Belleville, as well as 42 in the ECHL where he put up 20 points.
The Senators once again have brought back an old friend in Archibald, who spent the 2018-19 season with the Sens organization. He has six goals and 14 points in 55 games in the NHL, spent with the Canucks and the Senators.