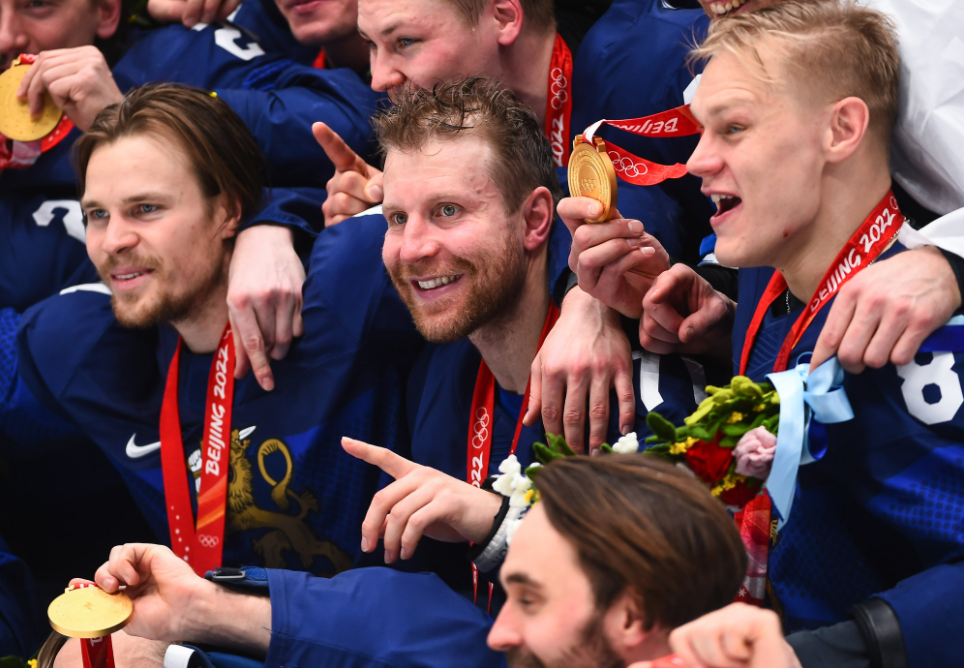 Photo credit: IIHF.com
By Nick Barden
9 months ago
Comments
The Olympic Games have finally come to an end in Beijing with the Men’s Hockey tournament finishing up in exciting fashion.
It’s been a tournament of upsets as Canada and the US were eliminated in the quarter-final. During the semi’s, Finland and the ROC defeated their perspective teams, sending them both the gold medal game.
Playing for the bronze was Slovakia and Sweden, and oh my was that exciting.

Throughout the tournament, Sweden was looking like a dangerous team that could possibly challenge for a gold medal. While they almost did that, they ran into Slovakia, a tough out at these Olympic games.
Sweden didn’t even score one goal during the bronze medal game, allowing Slovakia to secure their first-ever medal in Men’s Hockey.
Juraj Slafkovsky, who’s touted to be a high pick in the NHL’s 2022 Draft had two goals in the game. The 17-year-old was also the MVP of the tournament.
Advertisement
Ad
Advertisement
Ad
At 17.
Another exiting player who won a bronze medal with Team Slovakia is former Maple Leaf, Martin Marincin.

Martin Marincin and his bronze medal.

Look at this. This is amazing. Congratulations to Martin and the rest of Slovakia on securing their first medal in Men’s hockey at the Olympics.
Even the President of the Maple Leafs, Brendan Shanahan is a big fan of Marincin winning bronze.

Shoutout to TLN’s Michael Mazzei, who made the meme that Shanahan used in the post.

In comparison to the bronze medal game, this one was much closer in terms of scoring. And so it should’ve been. Both teams were pretty even in terms of skill level, so this game was always going to be tight.
Advertisement
Ad
Advertisement
Ad
The ROC was able to get on the board early in the first period with a goal from Mikhail Grigorenko on the power play. Former Maple Leaf (for a training camp), Nikita Gusev had an assist on the goal.

After the first period, it was all Team Finland in terms of scoring.
Early in the second period, Ville Pokka was able to beat Ivan Fedotov with a seeing-eye point shot, which tied the game at one.

Advertisement
Ad
Advertisement
Ad
Finland was able to bring the pressure into the third period, too, scoring their second goal of the game early.
31 seconds into the period, Finland had the puck in the ROC’s zone. Marko Anttila fired the puck on net and Hannes Bjorninen was able get his stick on it for the goal.
It would also be the game-winning goal as Finland wins their first-ever gold medal in the Men’s Olympic hockey tournament.
Yes, that’s right, Leo Komarov is a gold medalist.
Among other former Leafs that won gold are Mikko Lehtonen and Miro Aaltonen, who both had incredible tournaments for Finland.
Even after being an Olympic medalist, Komarov still go out and play on any piano after the game.

leo komarov just won a gold medal and then he goes and does this pic.twitter.com/DGAyLY9zpO

Final thoughts on the games

This Men’s Olympic hockey tournament felt refreshing.
As fun as it is to always see Canada win gold or silver, it’s always exciting to see a fun team like Finland get the gold medal. Even seeing Slovakia defeat Sweden in the fashion that they did — it was a great tournament.
The stories mean a lot during times like these, especially with what everyone’s endured during the last two years.
It was also nice that every team was allowed to go through to the elimination stage of the tournament. Having that, it allowed for more exciting upsets, like I’ve already said before.
When you look at the Men’s and Women’s tournaments as a whole, I think it brought the perfect level of fun and amazing stories.
This was an Olympic hockey tournament to remember.
Advertisement
Ad
Advertisement
Ad
More from The Leafs Nation