Advertisement
Ad
What does a successful July look like for Kyle Dubas? 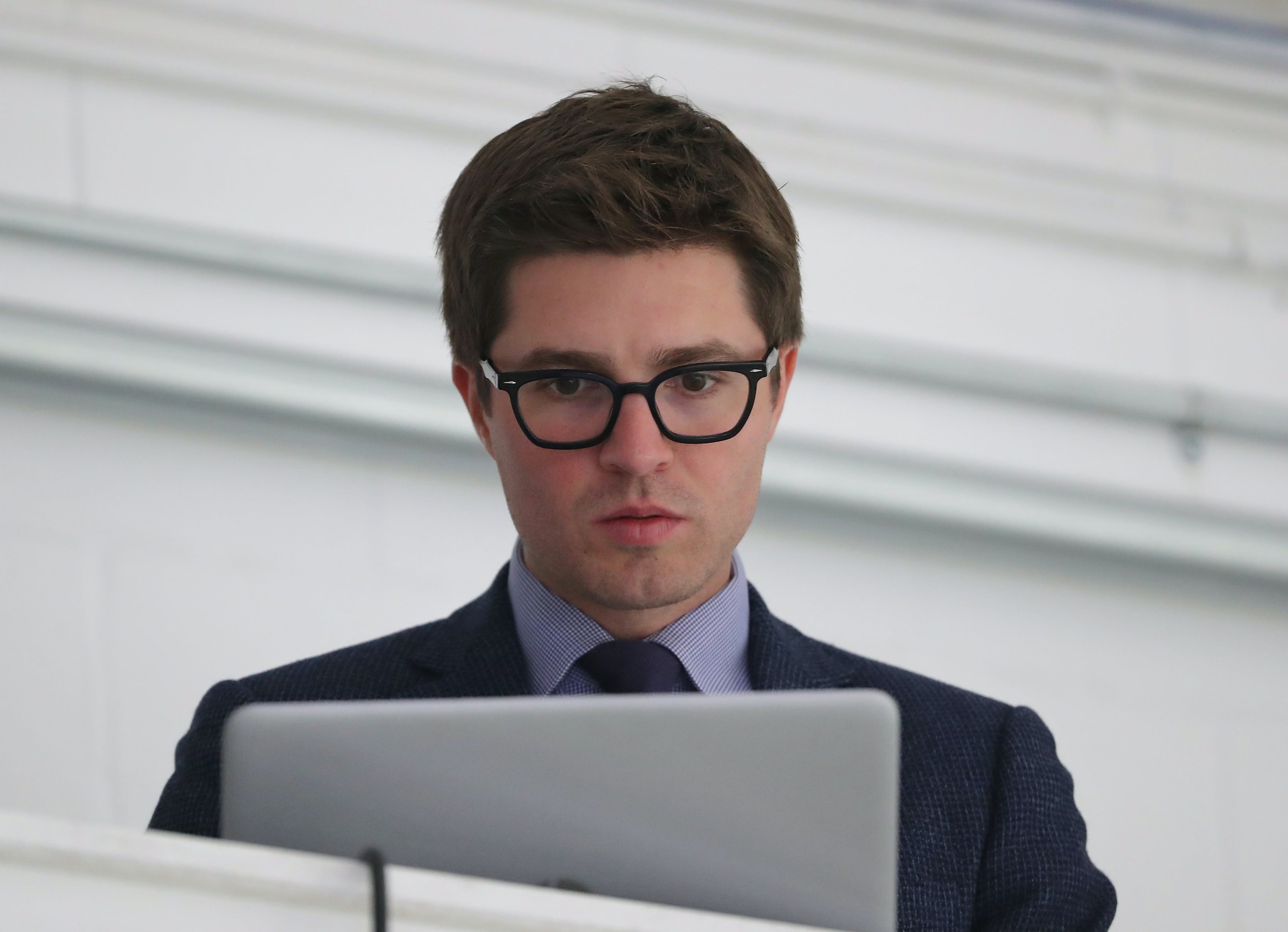 Photo credit: © Tom Szczerbowski-USA TODAY Sports
By Jon Steitzer
1 year ago
Comments
We all know the run down. Buyouts. The Expansion Draft. The Entry Draft. Free Agency. All of that sprinkled with constant trade speculation and the need to add an Assistant Coach to the Leafs bench. Sure, the trades and coach hiring doesn’t need to happen in July, and Kyle Dubas has already got the ball rolling (slowly) with the re-signing of @Travis Dermott, but in what looks like the make or break summer for Kyle Dubas, what would success look like in the busiest three weeks of the GM year?
Here’s what our panel of readily available Leafs writers had to say…

It’s going to be an extremely busy month for Kyle Dubas with all of the big events coming up on the hockey calendar for the rest of July, however, there’s a pretty clear path forward for Dubas to put together a positive month as GM. First and foremost, the Maple Leafs need to add some more draft picks for this year’s entry draft. The Maple Leafs only hold three picks at the moment, due in large part to a host of poorly executed trade deadline moves, which is not something you want to see if you’re trying to build a sustainable program. With that said, the easiest way to remedy that situation and grab some extra picks would be to trade down, something that Kyle Dubas has a history of doing. After about pick 24, the draft starts to level off in terms of expected pick value, so stockpiling some later round picks (especially in a draft as volatile as this one) would be a big step in the right direction. Hopefully, as long as there are takers, Dubas will be able to find a match.
Before the entry draft, the Maple Leafs will also need to have their expansion draft protection list submitted. While it’s pretty clear that the Buds are pencilled in for a 4x4x1 protection list, I would look long and hard at who the fourth defenseman protected is. It seems like Seattle will grab the unprotected defenceman of the Justin Holl/Travis Dermott pair, and I’m not sold that Justin Holl should automatically receive that elusive protection slot. Notably, if the Maple Leafs are keen on moving Morgan Rielly, it would be wise to make sure you have a defenseman on the left side that is capable of stepping into a top 4 role.
Finally, by the time free agency rolls around, the NHL landscape could look very different based on all of the big names reportedly on the market, so it’s difficult to foresee who may or may not be available at that point. Personally, I would love for Dubas to make a run at the perpetually underappreciated @Tomas Tatar as a Zach Hyman replacement, who could ideally provide similar value at a discount on Hyman’s reported $6 million ask. There’s lots of other names the Maple Leafs could potentially make a run for (keep your eyes glued to TLN for more on that), but all any of us can truly ask for is for Dubas to be creative. This is a team coming off arguably its most devastating loss in their 100+ year history. Even if the core remains the same, some fresh ideas would certainly be welcome while this club continues to spin its tires with first round losses.

The easy answer is that Kyle Dubas will have a successful month if he can make a big splash that shakes up the roster in a meaningful way. That could involve a trade with a long-time player heading out, a free agent signing of a marquee talent, or a significant prospect added to the system. Could involve all three or a combination of a few of the aforementioned ideas. Either way, there needs to be some major changes made to a roster that has failed to advance past the first round after five years of this core being assembled. It’s the only way fans will have some faith restored in a team who’s shown little reason to believe after how this past season ended.

In what will be a busy month for Kyle Dubas, there are several goals I’d like to see him achieve.
First and foremost, the obvious one, Bruce Boudreau added to the bench. I know it’s been rumoured that they have interest in Rick Tocchet, but Boudreau and the Leafs are a match made in heaven, it should have happened last year, it needs to happen this year.
For the expansion draft, the goal is simple: protect Travis Dermott over Justin Holl. The younger (and cheaper) player has a higher upside, and while Holl is viewed as the better player right now, he struggles greatly when you take him away from @Jake Muzzin, you can plug any player into that slot on the second pairing and find success, even @Nikita Zaitsev looked good when playing next to Muzzin.
Draft and free agency, I’ll count as the same thing: the goal here is to trade out pieces who no longer fit the team and acquire the pieces that will help the Leafs finally find success. Whether those trades happen on the draft floor to free up space or if they include any of the 3 picks that the Leafs still have, there are at least 4 current Leafs who should not be Leafs by the end of July (and I’m not talking about any of the core 4 forwards)

The Leafs have two options: be basic or be bold
Basic Moves:
Bold Moves:

For me, a successful month would be as follows:
-I have pretty low expectations considering the Leafs currently only hold three picks, so I guess my only wish is if Dubas works his trade down magic to get another pick or two, and hopefully comes out of it with one steal that turns into a difference maker in a few years for the Leafs.
-My biggest wish is that the Leafs go the 8 player protection strategy route and protect Dermott over Holl, just because he has more upside and we know he doesn’t rely on Muzzin to be good. It’ll suck if we lose Kerfoot after the playoffs he had, but gaining $3.5 million in cap space isn’t the worst either.
-For free agency, I really hope that Dubas can shore up the offensive depth instead of doubling down on the veteran depth thing. Move on from @Nick Foligno and @Joe Thornton, don’t invest in @Zach Hyman long term, and bring in some more offensive punch, whether that’s somehow pulling off bringing in a bigger name (like Hall or Tarasenko), or adding depth scoring with undervalued forwards (Tatar seems like he’ll be that right now).
-As for the assistant coach, the dream would be to bring in Boudreau as the power play coach, and move Manny Malholtra to assistant coach.

Geez I asked a pretty loaded question that not even I want to answer. In a perfect world I’d like Kyle Dubas to step out of the NHL GM comfort zone that pretty much all 32 GMs want to live in and make a Marner trade. I can’t help but think that the Seattle Kraken present an interesting opportunity to pull of something big with a high draft pick and the ability to select some pieces that would round out a decent return for Mitch that the Leafs would agree to. Basically they take a goaltender and second pairing defenseman that would add value to that first and put the Leafs in a good spot, especially since they’d have cap space to take all of Marner’s contract and retain on the players they are sending back to the Leafs. Alas, that’s a pipe dream, and I’ll leave it to you to determine what’s in my pipe.
As for what success looks like back on planet Earth, there needs to be a hell of a lot of hustle. Success looks like the Leafs finding a way to steer the Kraken towards selecting @Alexander Kerfoot and opening open that salary flexibility. Success is finding a goaltender that can tandem with @Jack Campbell, and not just back him up, but still have a friendly cap hit. Success is finding a way to add practical toughness to the Leafs roster, not just 4th line checkers, but guys who can keep up in the top six, but somehow they need to avoid paying a premium. Success is signing @Michael Bunting who is incredibly underappreciated. Success is finding new homes for @Ilya Mikheyev and @Pierre Engvall, who are both NHL players, but players who are not necessarily what the Leafs need. Success is trying to find a way to bring in a coach that pushes Keefe in probably an associate, not assistant role. Let him have someone breathing down his neck a little, and options like Boudreau, Tocchet, Luke Richardson, or Rocky Thompson would all accomplish that.
I feel like a lot of us are echoing a lot of the same ideas, but I think the bar needs to be set higher than just a good summer, which Dubas has pulled off plenty of. We know he targets solid free agents, drafts well, and will do what’s necessary to free up the cap space he needs, but good probably gets him to 4th in the Atlantic behind Tampa, Florida, and Boston, and could see Toronto fighting with Montreal and Ottawa for a playoff spot. Safe isn’t going to cut it, and even if safe cuts it for the regular season, the patience isn’t there for another 7 and done first round. Dubas’ summer will either be a walk off homer or strike out on three pitches. The NHL GM small ball approach isn’t working. Go back to being the guy who was all in on @John Tavares.

Now that we’ve had our say, it’s time for you to sound off in the comments. What does success look like for Dubas in the next few weeks?