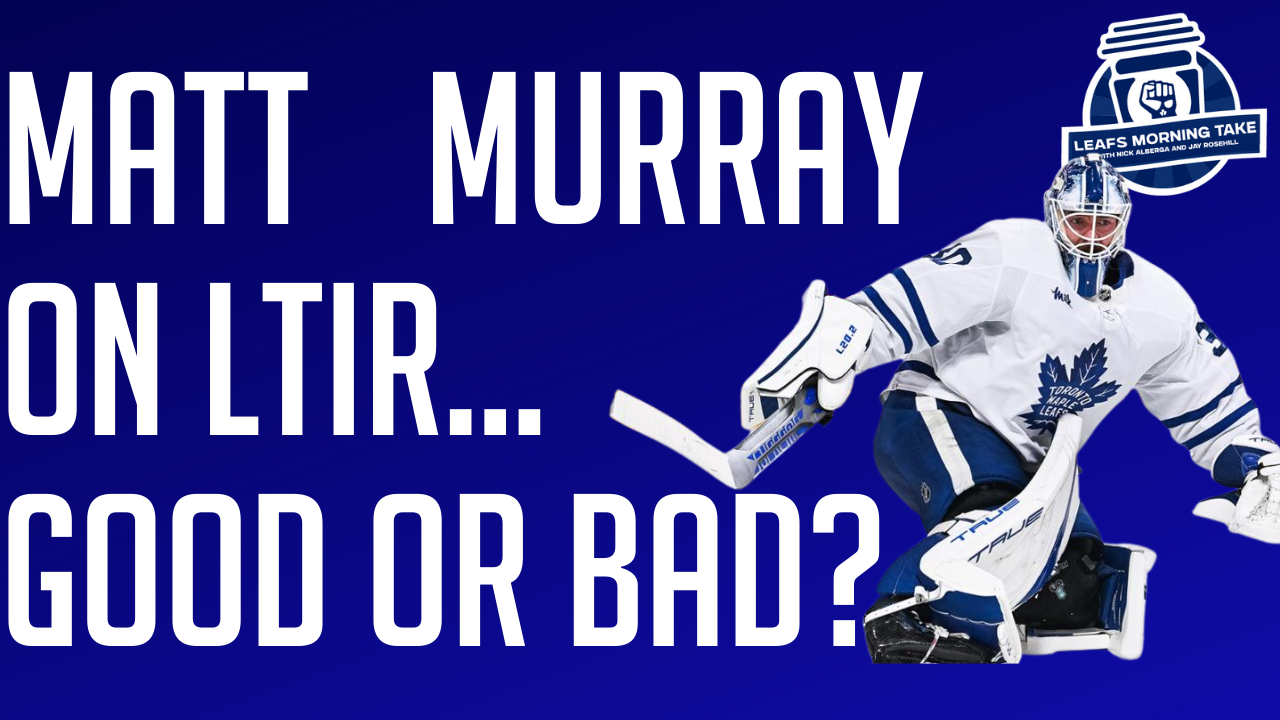 By Nick Alberga
3 months ago
Comments
Following another chaotic weekend in Leaf land, the Monday edition of Leafs Morning Take was jam packed with opinion and flavour. Rosie and I did not mince words, that’s for sure.
We kicked off the show by recapping Saturday night’s 3-2 win against the rival Ottawa Senators before getting to the hot button topic: The Matt Murray injury. For the seventh time in less than five years, the 28-year-old has landed on injured reserve with a groin issue and will be out for at least a month. We all knew this was coming, right? Where do they go from here?

Reaction to Matt Murray being placed on IR for the 7th time in less than 5 years.. #LeafsForever

Speaking of which, Erik Källgren will make his first start of the season tonight as the Leafs look for their first three game winning streak of the year when they host the Arizona Coyotes. Can someone say ‘trap game’? We dove into that matchup, and obviously anytime these two teams get together, Auston Matthews will be a big topic of conversation. The Arizona native has five goals in 10 career games against the Yotes.
Advertisement
Ad
Advertisement
Ad
After that, we got to our PointsBet Canada bet of the day. Not to give away too much, but it could involve the captain of the Toronto Maple Leafs.

The 🍎 watch is on tonight for John Tavares in Toronto.

Also, we addressed a couple of comments and questions from the interactive show chat. Suffice it is to say, lots of people were fired up about the Matt Murray/Kyle Dubas takes.
We’ll be back on Tuesday at 11 a.m. EDT with a full recap of Leafs and Coyotes plus the recently retired Keith Yandle is expected to drop by the show.
Don’t forget to subscribe, like and leave us a review!