5 potential UFA D for the Leafs to target via trade 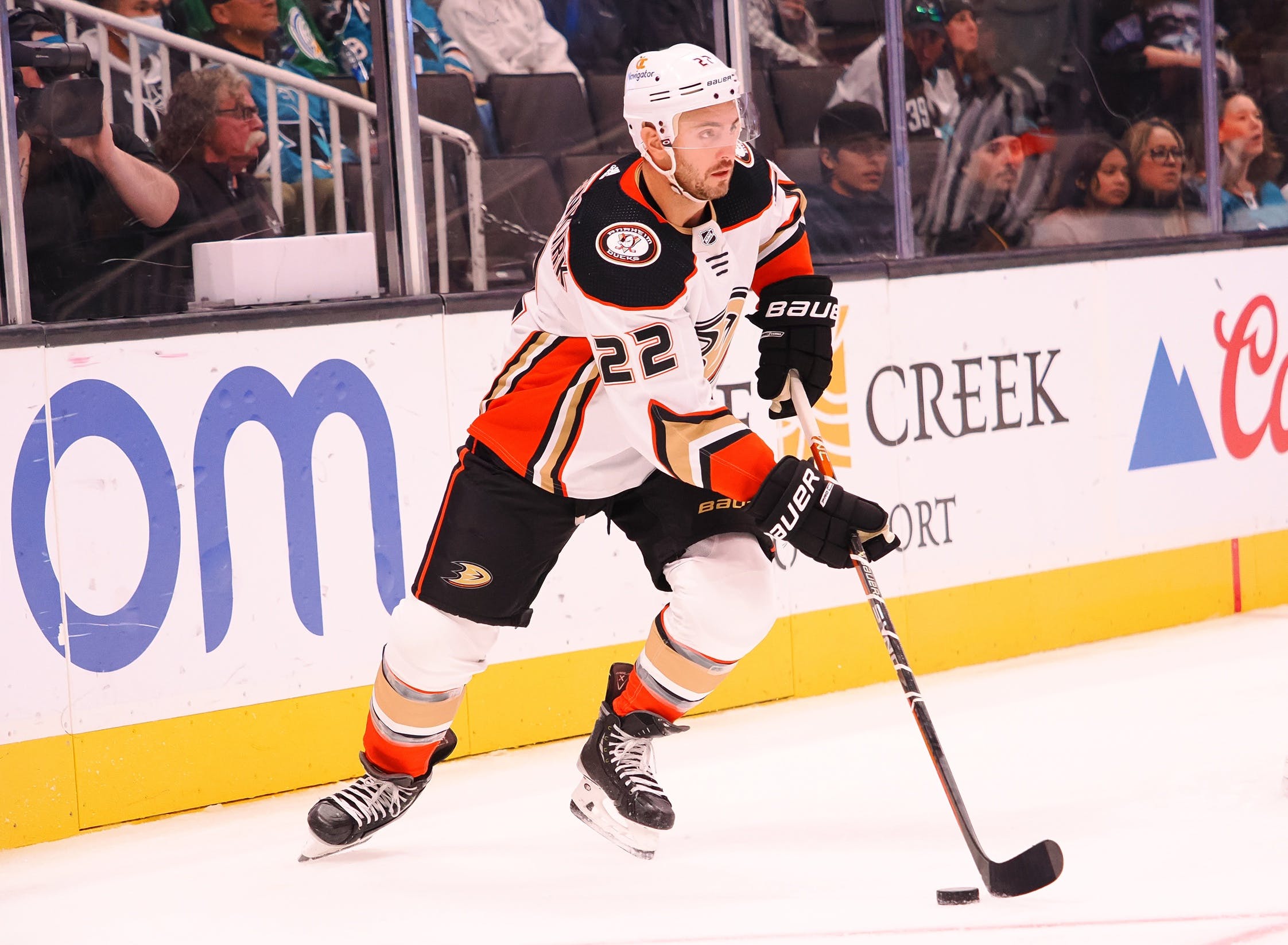 By Nick Alberga
20 days ago
Even with Timothy Liljegren back in the mix and playing well, it’s no secret what the Leafs will be eyeing between now and the March 3rd NHL trade deadline.
Defence, defence, and more defence.
And, of course, there’s the whole Jake Muzzin situation clouding matters as well. The 33-year-old has missed the past nine games due to a head/neck injury, and at this point, there’s no timetable for a possible return. Additionally, the speculation that his career could be in jeopardy just won’t go away —just awful news. In his prime, Muzzin was an absolute beast for the Los Angeles Kings, he’s also had his moments as a Leaf.
Having said all that, a lot of what Toronto can do trade-wise will hinge upon the long-term prognosis on the veteran defender. If Muzzin can’t return this season, Kyle Dubas will have some added financial flexibility to do a few things.
With that in mind, it made me think about the rental market and who could make sense to target from a Leafs perspective.
Et voila.
From when he signed in Anaheim, it was pretty much a foregone conclusion that the 30-year-old wouldn’t be finishing the season with them. In spite of that, there’s still a 10-team no-trade clause effective January 1st that the Ducks will have to navigate around. Even though Klingberg, who’s known more for his offensive prowess, isn’t necessarily what Toronto needs, he’s unquestionably an upgrade on pretty much everybody currently in the lineup aside from Morgan Rielly. Most importantly, he’s an effective puck mover, something the Leafs have struggled with immensely in the early going. Klingberg has no goals and seven helpers in 14 outings so far this season.
Like Klingberg, Gostisbehere is not really known for his defensive acumen, but again, he’s really good at moving the puck. All things being equal, if insulated correctly on a contending team, I think he could thrive and prove to be a useful piece. In 12 contests, the 29-year-old has notched four goals and 10 points; there’s no need to talk about the plus/minus (-9). In addition to running Arizona’s number one PP unit, Gostisbehere’s has been a top-four fixture for the 5-6-1 Coyotes.
For me, this is the guy that would be atop my list if I were Kyle Dubas. That said, he has a 12-team no trade list, so undeniably, he’ll steer the ship as he pleases. Over the years, Shattenkirk has done an excellent job of evolving as a player going from an offensive dynamo early on his career to more of a hybrid shutdown guy these days. On the surface, the 33-year-old ticks a couple important boxes for Toronto: He shoots right, and he can kill penalties. On top of that, he won the Stanley Cup in 2020 with Tampa —if you’re into that type of stuff.
(NOTE: Shattenkirk left Wednesday night’s game against Minnesota with a lower-body injury)
At the very least, Soucy can bring some much-needed edge and bite to the back end, something the Leafs have been lacking big-time in the absence of Muzzin. Generally speaking, the 28-year-old’s a bottom pairing, get in your face type, and he can play on the PK, too. Ideally, on a championship contender, Soucy would be prototypical depth piece with the ability to elevate up the lineup, if needed, from time to time. The only problem with this option is that Seattle’s off to a phenomenal 8-4-2 start, but there’s lots of time between now and the deadline for that to change. I like this fit a lot too.
Who doesn’t love a good ole’ reunion? If anything, Schenn’s an upgrade over Justin Holl, right? He can play the right side and he can kill penalties —two birds, one stone. I know the Canucks have been a tire fire so far this season, but Schenn’s been a regular on the top pairing with Quinn Hughes. Indisputably, Vancouver’s trending towards sell-mode, and the 33-year-old, who won back-to-back rings with Tampa, could emerge as stealth trade target. I know he got a lot of heat in these parts towards the tail end of his time with the Leafs, but Schenn’s carved out a pretty good career for himself. Also, he can throw his weight around, and as far I’m concerned, you need a bit of that gumption in the Stanley Cup Playoffs in order to be successful. Tweet me.
—————————————————————-
Meantime, there’s a laundry list of other names that could make a lot of sense in the long run. Of course, lots will depend on the standings and where teams situate closer to the deadline. For now, we wait with bated breath.
Editorials
News
Recent articles from Nick Alberga