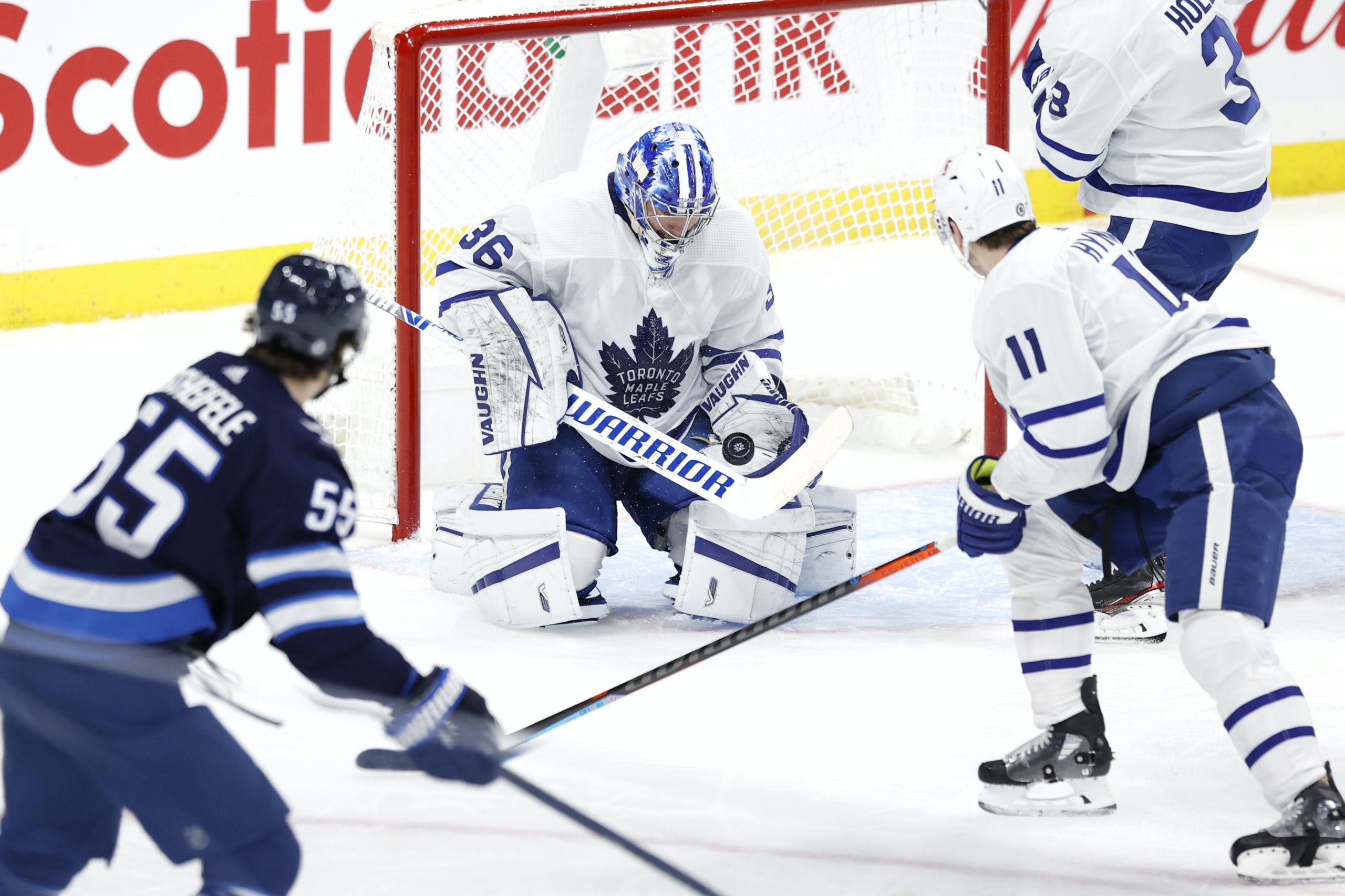 By Scott Maxwell
1 year ago
This game has all the makings for a bloodbath.
A couple of “dirty” plays from the Leafs in response have apparently sent the Jets into a bit of a frenzy, mostly noted with Paul Maurice not even giving the credit of being a tough and dirty team, just a “poorer” team, although I still don’t quite get what he means by that. Some of the Leafs took offense to that, and defended their plays, and here we are now.
That said, you probably shouldn’t go into this game expecting the Leafs to mess everyone up. Their roster makeup has always been a “make you pay by scoring” kind of team, so if the Leafs really want to follow up on that mantra, they might wanna make it a blowout. But this is also where guys like Wayne Simmonds and Nick Foligno really show their worth, so what they add to what has been an oddly chaotic series will be interesting to see.
That’s not the only note for this game, as the Leafs will look to really bury the Jets in the standings to secure first place in the division. The Leafs win, and the Jets are behind by 8 points with only nine games to go. The Jets win, and they’re four points behind. The Leafs will probably win the division regardless, but they can make things a whole lot easier for them with a win tonight.

After a rough stretch that saw him lose three in a row and have six sub-.900 save percentage performances in nine games, Campbell rebounded quite nicely on Thursday with a 34 saves and a .919 save percentage in the Leafs 5-3 win over Winnipeg, especially after the rough start to that game he had. So, it should be no surprise that he gets to add to that performance with the start tonight, and with a .919 save percentage on the season now, it seems like he’s regressed from a hot start and should at least provide consistent goaltending from here on out.

Speaking of rebounding, Hellebuyck will also be looking to improve on a really bad start that saw him get pulled 12 minutes in after allowing three goals on six shots. He apparently didn’t agree with the early pull, so he’ll be looking to prove Paul Maurice wrong and have a strong outing against the Leafs with a chance at winning the division on the line.
You can catch the game on Sportsnet tonight, and since it’s Saturday, it should be no surprise that it’s a 7pm start time.
Uncategorized
Recent articles from Scott Maxwell