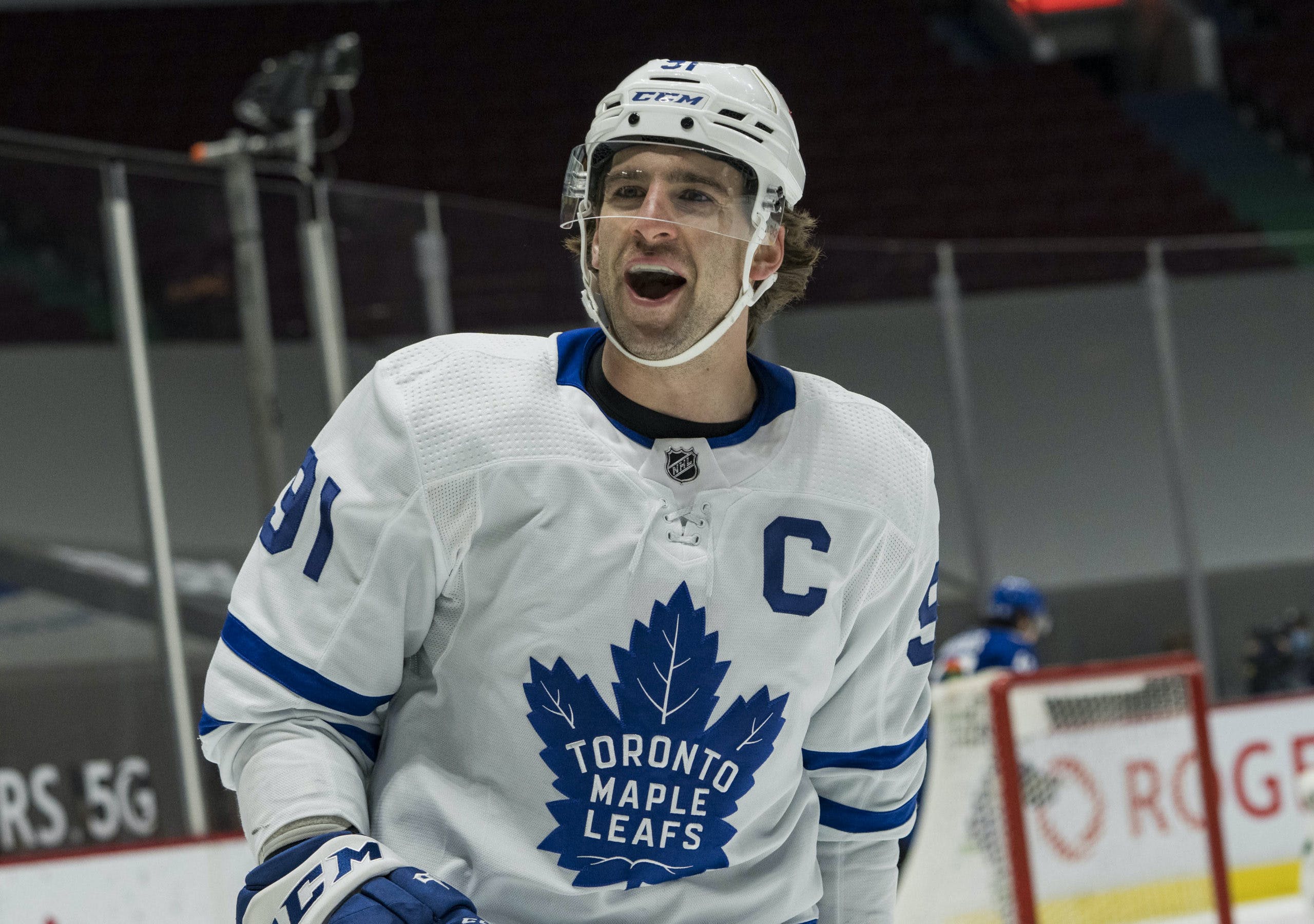 By Jon Steitzer
1 year ago
To say last year didn’t end how John Tavares wanted it to is probably the biggest understatement I could make. After captaining the Leafs to a division title, there was a lot of hope heading into the post season, and while the Leafs didn’t make it out of the first round, a freak accident meant Tavares didn’t make it out of the first period of Game One, and while disappointing, the only thought that comes to mind about Tavares is that it could have been so much worse and the fact that he’s back at 100% to start the 2021-22 season is one of the reasons for hope this year.
Like the next three Leafs on our list, Tavares was exclusively ranked at the top of the Leafs list. Some three rankings, some four rankings, a couple of fives from our contributors that value defense and goaltender, but for me Tavares is the 2nd best Leaf (I’ll leave you to guess who’s #1.) My ranking, like I’d hope most of our contributors rankings was based in person preference, and for me I’ll take a center over a winger any day, and I think round one last year proved that the 2C position is one you can’t afford to rely on your understudy in when it’s important. While Tavares’ best production years might be behind him, he’s still packing a second to none hockey sense that will serve him well throughout his career and is why he’s ranked as TLN’s 4th best Leaf.