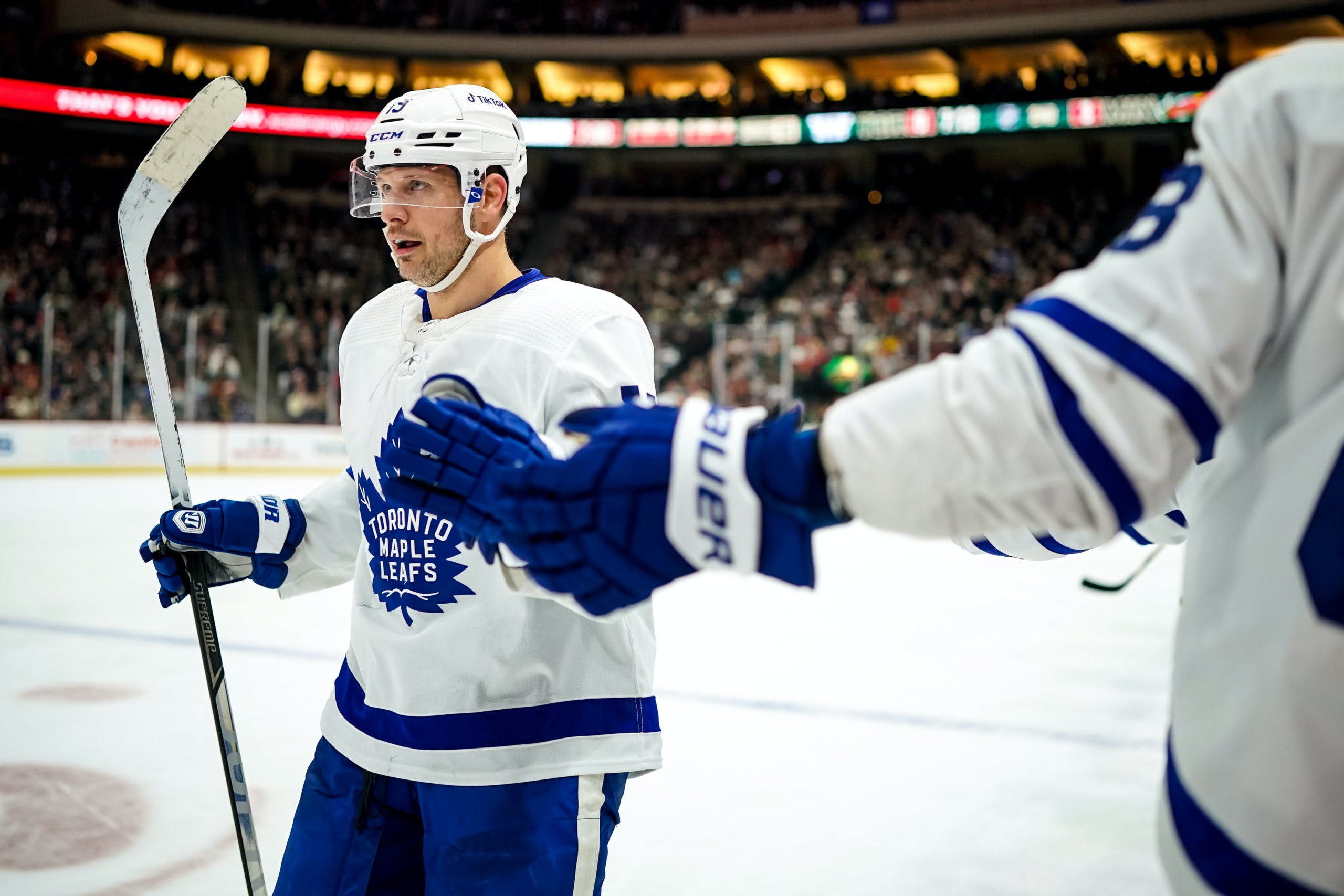 By Jon Steitzer
8 months ago
This first game of the series saw Kyle Clifford take an unnecessary penalty and subsequently receive a suspension. Game Two saw Wayne Simmonds take two penalties that resulted in the Lightning scoring on the powerplay. While this has been going on Jason Spezza has been patiently (or impatiently) watching and waiting for his opportunity to come in, and while Clifford’s suspension will be over and there’s the potential for the Leafs to try the fourth line they wanted in Game One, it’s far more beneficial to go a new route with Spezza.
Part of the appeal of having Spezza come in is he is the rallying cry for why there is a sense of urgency about the Leafs winning this season. Spezza, at 38, is in win-now mode even if the Leafs aren’t otherwise feeling much pressure. The fact that Jason is just 5 points off from 1000 likely means he’ll be back in the NHL next season to hit that milestone, but it feels like this is at the very least his second last chance at it, and the best chance to add value.
Spezza coming would also allow for the Leafs to give their second powerplay unit a different look, and potentially with Jason lining up at center on the fourth line, it offers Sheldon Keefe some flexibility on what he can do in the top nine. Or even lean into a three-line rotation with players like Blackwell, Spezza, and likely Kase being inserted into situations that best fit their abilities.
With the change of venue to Tampa, the Leafs will now have the first change at whistles, and line matching starts becoming a bit more of a challenge. Jason Spezza, utilized on the wing could also provide the Leafs with a chance to roll four more balanced lines at even strength, and the while still a step back from the top nine, Spezza is more of an offensive weapon than either Simmonds or Clifford and perhaps that’s what Toronto needs.
There’s also no overlooking what Spezza did last year in the playoffs. Fair enough, he was a year younger, but scoring 3 goals, 5 points in 7 games, Spezza was desperately trying to be part of the solution against Montreal. Against a very different from the Lightning team in the 2021 Canadiens, Spezza had a 54.2% CF, 71.4% GF, 62.5% xGF, and 68.4% HDCF, those numbers, even in sheltered, small sample situations are worth exploring because this is a historically talented and smart player who seems hellbent to leave it all on the ice come playoff time. And now he’s rested and ready to go.
If the worry is about giving up some toughness by not having Simmonds or Clifford in the lineup, it’s also interesting that Spezza went up to 10 hits in 7 games last year against Montreal when he’s typically averaged less than .5 hits per game throughout the regular season during his years with the Leafs. Both times he’s been with the Leafs in the postseason that number has spiked and exceeds what Kyle Clifford has done during his playoff time with the Leafs.
While most of the arguments I’ve made have been based on Clifford or Simmonds coming out, there’s certainly a case that can be made for pulling Colin Blackwell out for a game as well. He’s certainly been playing more at 8:43 than Wayne Simmonds has averaged at 5:33, or the 49 seconds we’ve seen of Clifford in the playoffs, but Blackwell’s impact hasn’t been significant.
I don’t doubt we’ll see Spezza, and given the ice time being handed out to the fourth line, it might just be a situation where no one has a chance to make an impact, but with Spezza being the untested option and a big part of the win-now rally cry, it’s time to get him in.
Data from Hockey Reference and Natural Stat Trick
More from TheLeafsNation.com
POINTSBET IS LIVE IN ONTARIO