Another Leafs trade target list, the cost of Bo Horvat and the role of waivers around the trade deadline: Rumours 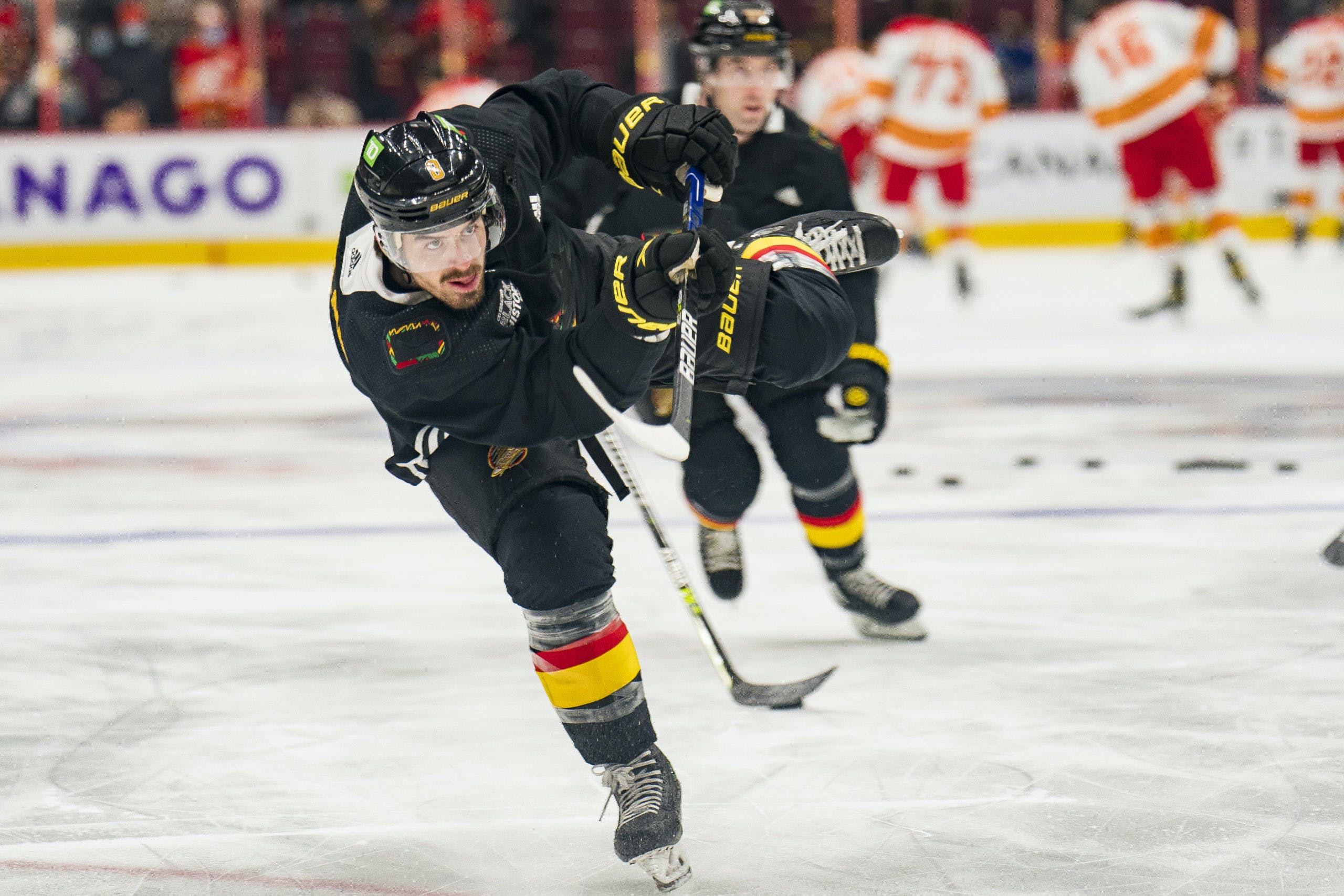 By Jon Steitzer
12 days ago
It’s 43 days until the trade deadline. Essentially six weeks. In some ways that feels like a short time frame, but in reality, we have a long way to go and the amount of shi…stuff that we are going to be throwing against the way between now and then will exhaust most hockey fans. That said, we are very much in the “it could happen anytime” window for NHL transactions and if a trade isn’t possible, it would at least be nice to have something leak out of the Leafs organization so we have a vague idea of what’s happening.
With a lack of leaks, we’ll stick to our bread and butter, which is checking on trade target lists. Today Jonas Siegel of The Athletic posted his list, and while it contains a lot of names we’ve discussed already, we’ll look at some of the new names and some of the speculated costs to acquire.
First, the new names that we haven’t really discussed this year:
Conor Garland
Garland could very well be part of the mass exodus of Vancouver and there is a ton of appeal in the Leafs taking a look at him. He absolutely fits the bill of a top six forward, he’s a former linemate of Michael Bunting, and while his production is down this year, there is plenty of reason to believe that a change of scenery will benefit him.
Garland is under contract for three more years after this one at $4.95M AAV is also a plus, but also somewhat of an issue for the Canucks, who are looking to free up cap space beyond this season as well so they can begin their “major surgery” on the roster.
I’m not sure I share Jonas’ optimism that Garland will be a buy low option or that the Canucks will eat some salary on the deal, but I think Garland is a “buy reasonable” candidate, and by deadline standards that isn’t bad.
Garland being under contract and having a chance to pad his numbers in Toronto could make him flippable over the summer or add a bit of security or leverage in the Leafs free agency dealings over the summer as Toronto would already have a potential replacement under contract.
It’s hard not to like this option.
Tyler Bertuzzi
For me, there is a little bit of looking past who Bertuzzi is as a person and having to focus on how he plays on the ice to entertain him as an option. The Leafs probably need to at least consider doing that as Bertuzzi checks a lot of boxes as a physical, agitating player who fits easily into the top six when he’s playing well.
The problem is that Bertuzzi hasn’t played well this year and with 1 goal and only 5 points in the 14 games he’s played, there is a lot of uncertainty attached to someone with a $4.75M price tag, although as a rental. If the Wings eat have of that on salary retention, Bertuzzi is a swing for the fences option, but maybe one that doesn’t have the same appeal as similar cost friendly options like Tanner Jeannot or Max Jones.
He’s someone to keep an eye on over the next month to see if he starts producing or looks better than his numbers, but as things sit right now, I’d pass.
Bo Horvat
While I appreciate that Bo Horvat was ranked number 1 on the target list, I got a bit of sticker shock from the price that Siegel suggested:

The big question is whether the Leafs have the assets to win the Horvat sweepstakes. Vancouver apparently covets right-shooting defencemen and/or centres. Is Timothy Liljegren, plus other good stuff (i.e a first-round pick and more), enough? Does Vancouver covet Topi Niemelä, the Leafs top prospect on defence, as part of a much larger package? What about local boy Fraser Minten? Horvat is worth shoving all the chips into the middle of the table for.

Let’s say you are looking at Bo Horvat as a pure rental for the Leafs. Liljegren, a 1st, and then throwing out names like Niemela and Minten is steep. Someone is likely to pay something similar to that, but I think there is a big issue in trading Liljegren, who is not only the Leafs best right side defenseman of the future, but is probably the best right side defenseman they have right now. That opens up a pretty big roster hole that Toronto will have a hard time closing if they’ve already gone all-in on Horvat.
That being said, if you see Bo Horvat as having a future in Toronto and have a negotiated deal in place to keep him in Toronto, paying a steep price to get him for when you need him most makes some sense. I’d just even float the idea of Sandin over Liljegren.

Waivers and the trade deadline

We’re talking waivers today because, first of all, why not, and secondly that Vinnie Hinostroza is a player that the Leafs have been connected to in the past. With the interesting demotion of Pontus Holmberg yesterday, my brain tried to connect the dots to whether it had a greater meaning other than getting Holmberg playing in different situations, and in reality I landed on the fact the Leafs just want Holmberg playing more than 10 minutes a night for a while.
The waivers situation is an interesting one because a player like Hinostroza at the very least represents an upgrade over players like Wayne Simmonds, Bobby McMann, and Dryden Hunt. He also costs a bit more, but there is a bit of an upgrade there. It’s just an upgrade that by claiming him through waivers would put Toronto back in their unfortunate situation of sitting at the 50 player contract limit and that’s not something Toronto wants to be at until the ink is dry on a Matthew Knies contract and likely the trade deadline is in the rearview mirror. Basically, if the player is good or not, it’s unlikely that anyone on waivers is worth blowing up the Leafs blueprint for (now that I’ve said that, watch Hinostroza get claimed by the Leafs at 2pm ET.)
What still does make sense is making a call to the teams that are waiving these players. Does Buffalo see Hinostroza as part of their depth as they desperately chase down a wild card spot? If so they might be happy to have him in the AHL until they need him again. If not, there really isn’t a benefit in burying salary in the AHL when Hinstroza is a UFA this summer. Is it just a matter of needing the roster space and Hinostroza will be right back? Whatever the motivation is, players who are decent like Hinostroza are at least worth a call when it comes to asking price. The Sabres are potentially done with him and the Leafs could see him as a potential bottom of the roster upgrade who could be had for AHLers. The Leafs would also get the advantage of starting players like this out with the Marlies as they’ve already cleared waivers. Contracts in and contracts out are the way to go for Toronto.
We saw this approach previously with Alex Galchenyuk, and it will be interesting to see if Dubas and company continue to tweet their bottom six through low risk moves as they materialize.
Editorials
Recent articles from Jon Steitzer