Another OTL… Devils win No. 11 in a row: Muzzy’s Muzings 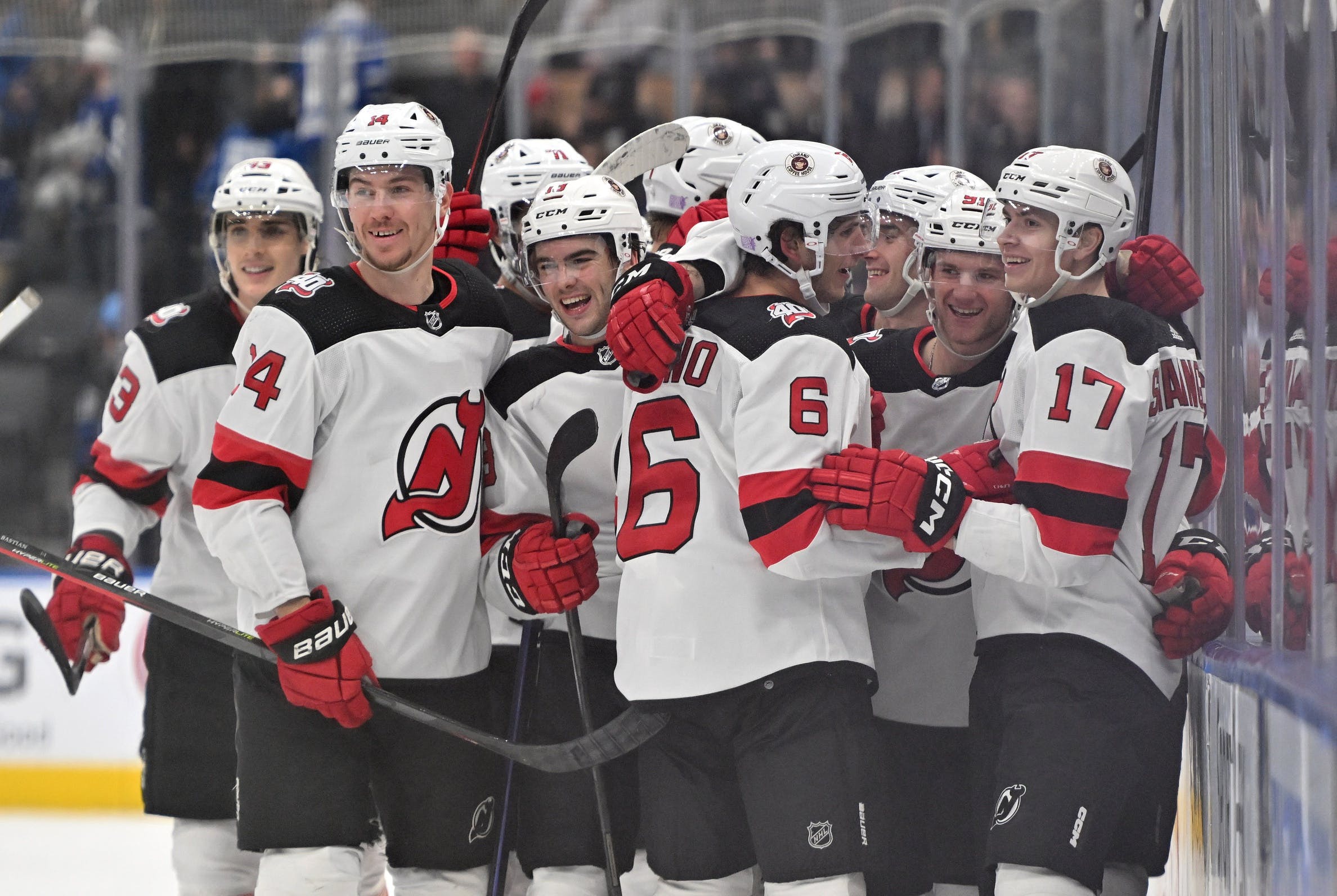 By Nick Alberga
2 months ago
Yeah, this OT thing isn’t going too well for the Leafs again this season.
At least they got a point, right?
Yegor Sharangovich potted the OT winner as the Devils upended the Leafs 3-2 to win their 11th consecutive game. That was after William Nylander’s 8th of the campaign with just over two minutes remaining in regulation tied things up to force extra time.
Toronto, who fell to 6-2-2 on home ice, is now 1-4 on the season in overtime. Additionally, despite the loss, they’re a very respectable 5-1-2 in November. Meantime, New Jersey improved to 8-0-0 this month and 14-3-0 overall. They’re pretty damn good, I can’t lie.
Vitek Vanecek made 25 stops; he’s now won eight straight decisions. Jesper Bratt and Nico Hischier tallied the other goals for New Jersey. As for Toronto, Auston Matthews notched a goal and an assist while Matt Murray had another strong outing making 30 stops in the loss. The Leafs went 1-for-5 on the power play.
You won’t have to wait long to see these two squads go at it again, Toronto will visit the Prudential Center next Wednesday.
Muzzy’s Muzings:
DEFENSIVE BREAKDOWNS
Well, in the end, it was the same old story as to why the Leafs lost this game. Overall, they’ve played much better lately, but again, the turnovers and breakdowns have been killing them. And it was a huge story once again on Thursday night capped off by a heinous giveaway by John Tavares that led to the OT winner. Again, thankfully, these are fixable mistakes. They need to clean things up with the puck, which certainly isn’t news to Sheldon Keefe and company—that’s for sure.
MATT MURRAY
I thought Murray looked very solid once again tonight, he made a bunch of saves that kept the Leafs in the game. Honestly, it’s great to see. This guy’s been through a lot over the past couple of seasons, you just hope he can stay healthy. So far so good! Furthermore, it will be fascinating to see if Toronto employs some sort of load management with Murray, especially once Ilya Samsonov is able to return to the lineup.
POO POO PP
After scoring the opening goal of the game, Toronto’s power play was non-existent for the rest of the night. In this instance however, I think the Devils deserve a lot of credit. They were in every lane, they played tight, this is what they’ve been doing all season long. As we’ve come to see from time to time, even Toronto’s mighty power play is going to have their off-nights. Nothing to see here.
Highlight of the Night:
WHAT’S NEXT?
The Leafs will continue their mini three-game homestand on Saturday night when they host the struggling Buffalo Sabres. Don Granato’s squad has dropped seven in a row. Having said that, the Sabres always play the Leafs strong, so they better be ready. Want proof? Toronto went 1-3-0 again Buffalo last season.
PSA: Don’t forget to check out ‘Leafs Morning Take’ with yours truly, Nick Alberga, and Jay Rosehill every Monday to Friday morning LIVE at 11 a.m. ET on The Nation Network YouTube page.
Editorials
News
Recent articles from Nick Alberga