Around the NHL: Trading Jack Eichel this year would be a mistake for Buffalo 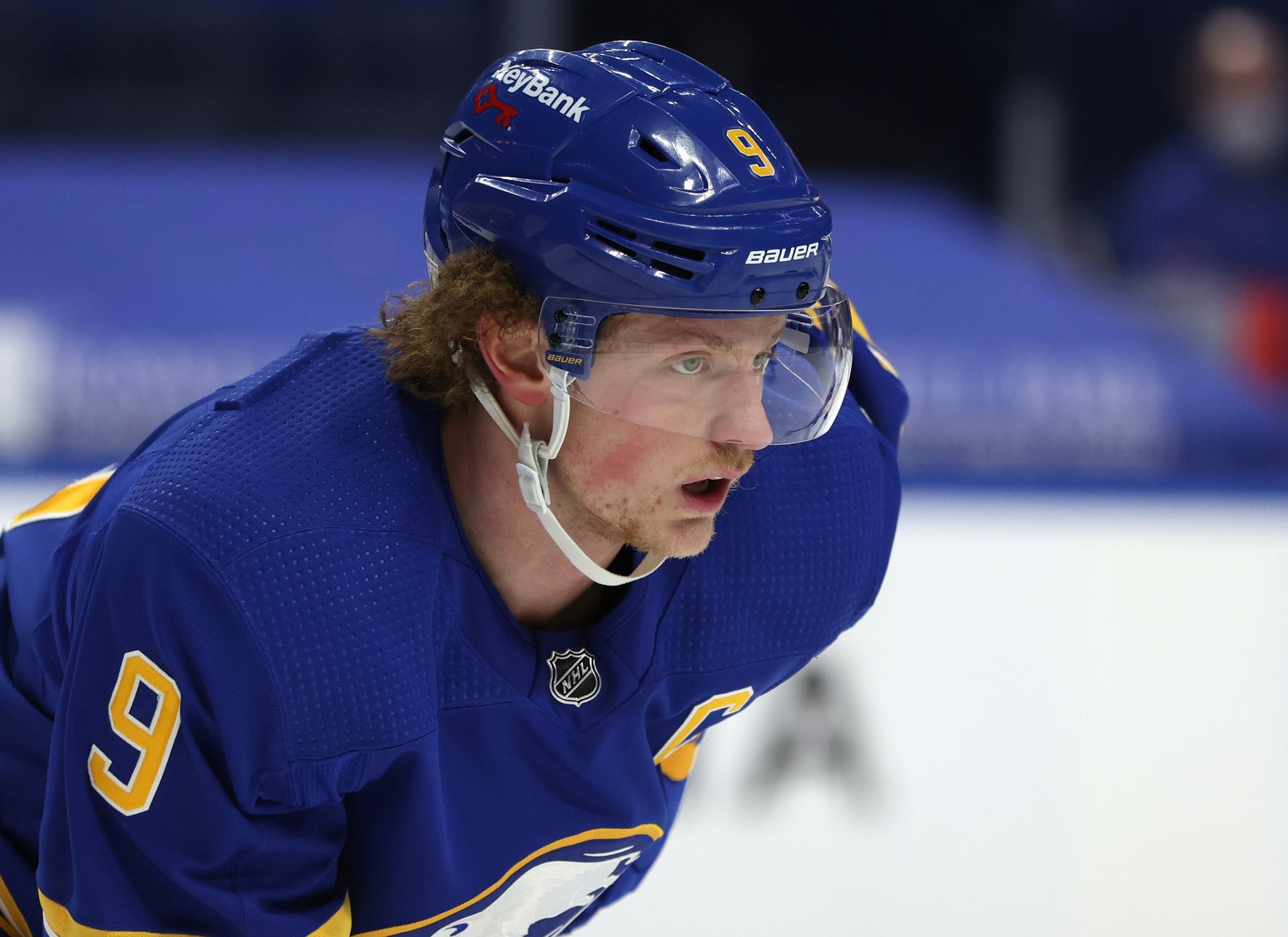 By Scott Maxwell
1 year ago
We live in what could be a unique time for hockey. You’d be hard pressed to find a time where an elite center who’s prime is just starting on the trading block, but when hasn’t Buffalo done something out of the ordinary these last few years. Not since maybe Joe Thornton have we seen a player who’s regarded as one of the best players in the league close to being traded, but even then Thornton was on the back half of his truly elite years.
But there’s a reason why it doesn’t happen often. It rarely works out well for the team dealing the player in a normal year, and doing it right now would be a brutal mistake. The Sabres have made plenty these days, but this would be franchise altering, and not in a good way.
So, let’s go over a few reasons why the Sabres should not trade Jack Eichel, or at least not this season.

The return for star players is more often than not underwhelming

Let’s knock the obvious one out of the way first. Very rarely do you win a trade by dealing the best player in the trade. More often than not, teams go for quantity over quality with star players, and it usually ends up getting a few solid pieces where one or two of them don’t even pan out, and the other don’t even come close to replacing the value the team dealt in their star player.
A pick, prospect, and a roster player. That always seems to be the starting point with every deal, and it always looks like it could be something that helps out the team. But, the pick always ends up being at best a mid-round first because your generational talent improved the team they were traded to to a playoff team, the prospect is never the top prospect, but always the third or fourth best one, and the roster player is a middle six forward or second pair defenseman that acts as a filler for the player you just gave up.
Now, that doesn’t mean that’s always the case. Sometimes you have the situation of an Erik Karlsson, Matt Duchene, or Phil Kessel trade, where the team doesn’t quite improve the way they thought it would and the picks end up gifting you a high end talent like Tyler Seguin, Dougie Hamilton, Bowen Byram, or Tim Stützle, and you replace the value you gave up.
There’s also the situation of a straight up star for star swap that works out, like a P.K. Subban for Shea Weber or to a lesser extent, Ryan Johansen for Seth Jones, but that’s always hard to pull off because if you’re trying to pry a star from a good team, there’s usually another problem with them, usually a contract that isn’t the best value for them. Very rarely is there one star player on the block, never mind two.
But, those are really the only examples of good trades for star players in the last 10 years. There are a lot more of it not working out for the team dealing the player, and none of these players are even of the same age and calibre as Jack Eichel.

In a normal year, you might get lucky with a player you get with that mid-first round pick. Maybe you get Andrei Vasilevskiy because you dealt Kyle Quincey for a first (not that I’m calling him a star, just the best example of a player dealt for a first from a playoff team where the pick paid off). But, more often than not, you get a middle six/second pair player out of the deal.
But, this isn’t even a normal year, especially with this year’s draft. It was already not going to be the most high end draft, but some players had their development stunted by not even playing games this year, and the scouting would’ve been all over the place.
But, Buffalo seems to be all in on this year’s draft, and are eyeing one of the top picks in return for Eichel if it’s made before the draft. Columbus is a team that has been rumoured to be inquiring about Eichel, and they currently hold the fifth pick. A first and fifth pick would be a great haul in one year, but they aren’t going to get the players they think they’re getting, especially when dealing a generational talent like Eichel.
Although, Buffalo doesn’t have a scouting department this year, so that actually makes a lot of sense why they’re all in this year.

Eichel’s value is lower than it should be

Another common problem with dealing a star player is that the team is always doing it when it isn’t working out with the team, so they’re a bit more desperate to make a move for the sake of making a move and moving on. Add in the fact that Buffalo is a toxic wasteland and no one wants to touch it with a 10 foot pole, and Jack Eichel’s looming neck surgery, and it makes it much easier for another team to just circle the Sabres like a vulture until they eventually give up and lower his value.
Eichel was no slouch during the season either, putting up 18 points (although only two goals) in 21 games, and posting his best underlying numbers despite how bad the team was. But, we already saw with the Hall deal to Boston, there’s a bit of a stench with anyone on the Sabres.
This doesn’t happen all the time. We saw in 2017 when Joe Sakic waited out a Matt Duchene deal and got an insane return for him in that crazy three team trade. But teams usually cave, and it always costs them.
At the end of the day, I understand why. You want to do what’s best for the team, getting rid of someone who doesn’t want to be there, and you want to do what’s best for the player. But this is a weird scenario where it might benefit the Sabres to wait it out.
Just let him have the surgery (you aren’t contending next year anyways), let him come back if he’s able to, remind everyone why he’s a top 10 center in the league, raise his value, and then when you have a better draft looming, go all in on getting picks.
And who knows, maybe you can make him staying in Buffalo work out after all.
Uncategorized
Recent articles from Scott Maxwell