Auston Matthews might not set a career high in goals, but nothing about his pace should worry Leafs fans 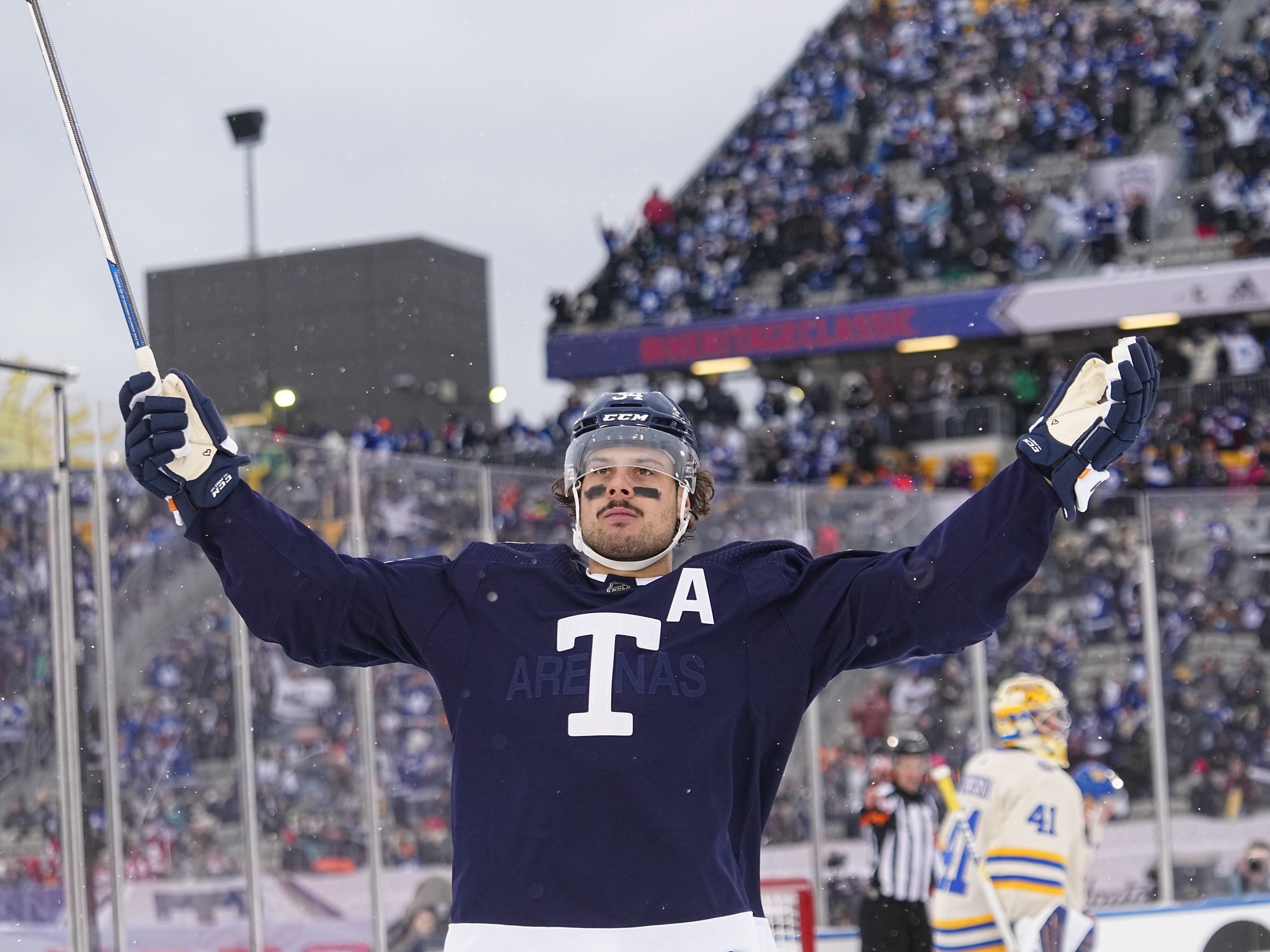 By Jon Steitzer
25 days ago
Yesterday there was a strong reaction to Frank Seravalli and Jason Gregor’s take on Auston Matthews goal output for 2022-23 and how they found the lack of concern from Leafs fans a little strange.
Ryan did a solid breakdown of why Leafs fans shouldn’t be bothered by that here, and the argument boils down to a few facts, the first and most obvious one being that the Leafs are winning games at a solid clip without requiring Matthews to score at a historic rate. There is also the fact that Matthews is still on pace for a 95-point season, he has been playing a more physical/playoff-style game to add to his ever-improving defensive game, and the Leafs are making up the difference on the strength of William Nylander on track for a career year. So yeah, the Leafs shouldn’t be too concerned and I don’t think individual stats have ever been a driving concern in Toronto like they’ve been in other markets like say Edmonton. We are living that “just win a round” life. It becomes a concern if production completely dries up, which hasn’t happened with Auston. So no worries.
That being said, the topic has been raised so let’s look at Auston’s production.

Matthews is definitely down from the rate that only three players in the past 22 years have hit, and that’s the 60-goal mark. You can blame a slow start with the first ten games not being overly electric for Auston, but he has certainly picked up the pace. While his linear trend is towards around 40 goals this season, based on his increased production over time it is far more likely that Auston will find his way back to around the 50-goal mark, albiet with reliance on him staying healthy for the full 82 games.

The biggest change from last season to this one seems to be the drop in Matthews multi-goal games and prolonged goal-scoring heaters. There hasn’t been any drop-off after the slow first ten games, but there hasn’t been that 8 goals in 5 games spike yet like what was seen last year. Just good steady production and that is not something that should warrant any questions about his goal-scoring ability or raise any concern, especially since after that initial ugly start the Leafs have been winning at a rate that puts them at the top of the league.
There’s also the small matter of fact that the 2021-22 second half demonstrates that there is plenty of potential for a Matthews upswing.
So if there is any question about why Leafs fans aren’t particularly worried about Matthews it’s probably that if it’s 40 goals, 50 goals, or 60 goals, Matthews is a tremendous talent that makes the Leafs better and makes the players around him better too. Of course, if this slight decline in goals leads to Matthews signing a more affordable contract extension in Toronto this summer, that wouldn’t be a bad thing either.
Editorials
Recent articles from Jon Steitzer