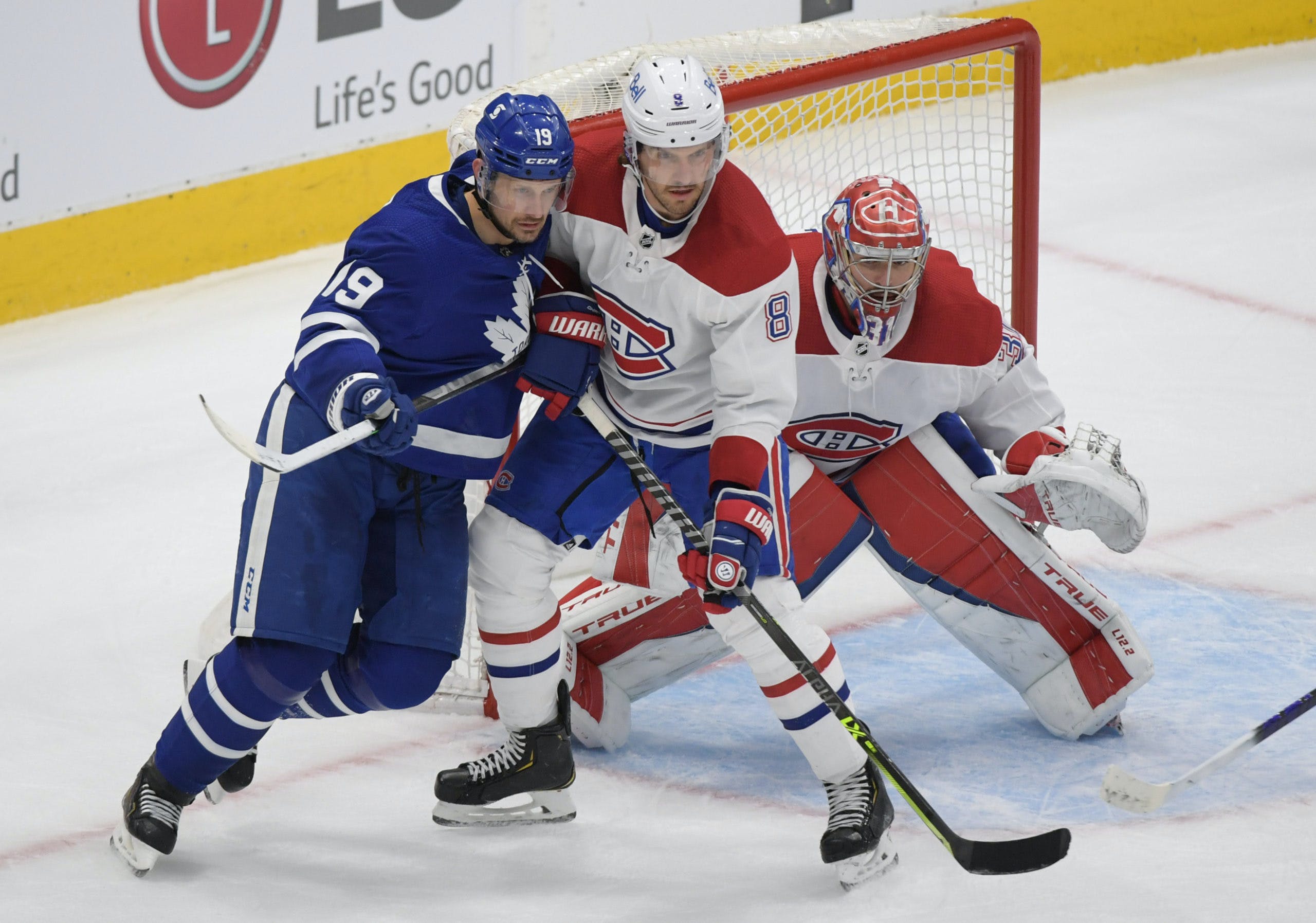 By Jon Steitzer
9 months ago
Sheldon Keefe and Kyle Dubas do a lot of talking about how the Leafs keep on learning, and if there is anything to the rumours that the Leafs are interested in Ben Chiarot, the Leafs’ front office is in desperate need of some remedial classes.
Last year the Leafs decided to throw away a first-round pick and a couple of fourth-round picks on Nick Foligno, a player who by most measures wasn’t particularly good. In fact, in addition to that, he was injured at the time. He cost a lot more than the cap space the Leafs had and were so stuck on bringing in this third-line winger, they brokered salary retention through an additional team. They did all of this while Taylor Hall was available. (I don’t know if Taylor Hall was the answer, but he would have certainly made the absence of John Tavares more manageable and wouldn’t have spent half the series hurt because he was rushed back from an injury so he could be traded.
Yes, there are a lot of reasons to still be bitter about the Nick Foligno trade, but last season there was still some benefit of the doubt being given to the Leafs front office that they had a handle on what they were doing. There were clear lessons to be learned:
So yeah, here we are. Again talking about a player who gave the Leafs some trouble in the previous postseason. Again, that player is hurt. Again that player is a rental. And again you can throw a rock and hit a dozen guys who not only can do the same job as Chiarot but can do it for a whole lot less and won’t cost you as much in trade.
Yesterday I just ranked all available non-playoff team defensemen. Ben Chiarot was third from the bottom on the list of players. Only Travis Hamonic and Danny DeKeyser would be worse acquisitions. You can read that article here:

So that begs the question, what is it that people see in Ben Chiarot?
Well, there are a few things. People like minute-eating defensemen, no matter how bad they are during those minutes. Chiarot playing 23+ minutes certainly seems like he could be slotted into a top-four situation and he’ll be a penalty killer, and that seems wonderful. The fact that Chiarot hits are something that garners some attention from a large section of the Leafs fan population, as there is a belief that body contact is the path to playoff salvation ignoring the lengthy tenure of Roman Polak when they make that argument. While I’m not going to dismiss the idea that the Leaf can benefit from playing tougher, the idea that it is going to come from one player out of five on the ice, and that player is going to play 1/3rd of the game, and that there will be a significant impact by adding him despite the list of flaws to his game is where I respectfully say the toughness argument is flawed.
There’s the notion that Ben Chiarot’s style of play is more beneficial in the playoffs, and the refs sit on their whistles and that creates opportunities for him. Well, last year Chiarot’s penalties taken per 60 dropped from 1.2 to .9 in the playoffs. At the same time, his Corsi Against/60 increased as did his expected goals/60. His goals against/60 stayed relatively flat at the 2.7 mark, but that was also with some strong goaltending from Carey Price behind him.
Beyond the hits, and perhaps trying to take a favourable statistic look at Chiarot, the previous two seasons in Montreal saw him have strong defensive results. It’s just been this trainwreck of a season for Montreal that could be skewing his numbers.

So while there’s some “maybe we can change him” and hope that Jake Muzzin can help him rediscover his glory days, we need to consider a couple of things here as well. The first thing we need to consider is that an injured 30-year-old isn’t going to turn things around quickly just because we want him to. The second thing is looking at the Leafs’ track record with rehabilitating defensemen. There haven’t been too many players that came to Toronto and then improved defensively, it’s much more likely that a good defenseman will take a step back due to the more offensively driven style of play by the Maple Leafs.
The concerns about Chiarot might be completely unnecessary as this is just a rumour in the middle of rumour season. Unfortunately, that was how the Nick Foligno situation developed last year. Some easily dismissable thoughts that the Leafs could want Foligno despite most of the Leafs’ decisions to date making it seem like he wouldn’t be a target.
There is always looming history of defeats also hanging over the Leafs. This season was meant to be the last go at it for this group, or at least that was how it was billed before the Leafs started clicking in the regular season and people started buying in again. We might have forgotten about it, but it’s doubtful that MLSE and Kyle Dubas have. There is real pressure to win now and if the people making the employment decisions at the end of the year value players like Chiarot, maybe that’s factoring in.
Whatever the reasoning is, Chiarot looks like a bad bet. An expensive bet. And a reason to be concerned up until the moment the Oilers overpay for him.
Data from Evolving Hockey, Natural Stat Trick, and PuckPedia
More from theleafsnation.com
Uncategorized
Recent articles from Jon Steitzer