Ben Hutton returning wouldn’t be a bad thing, but is it necessary? 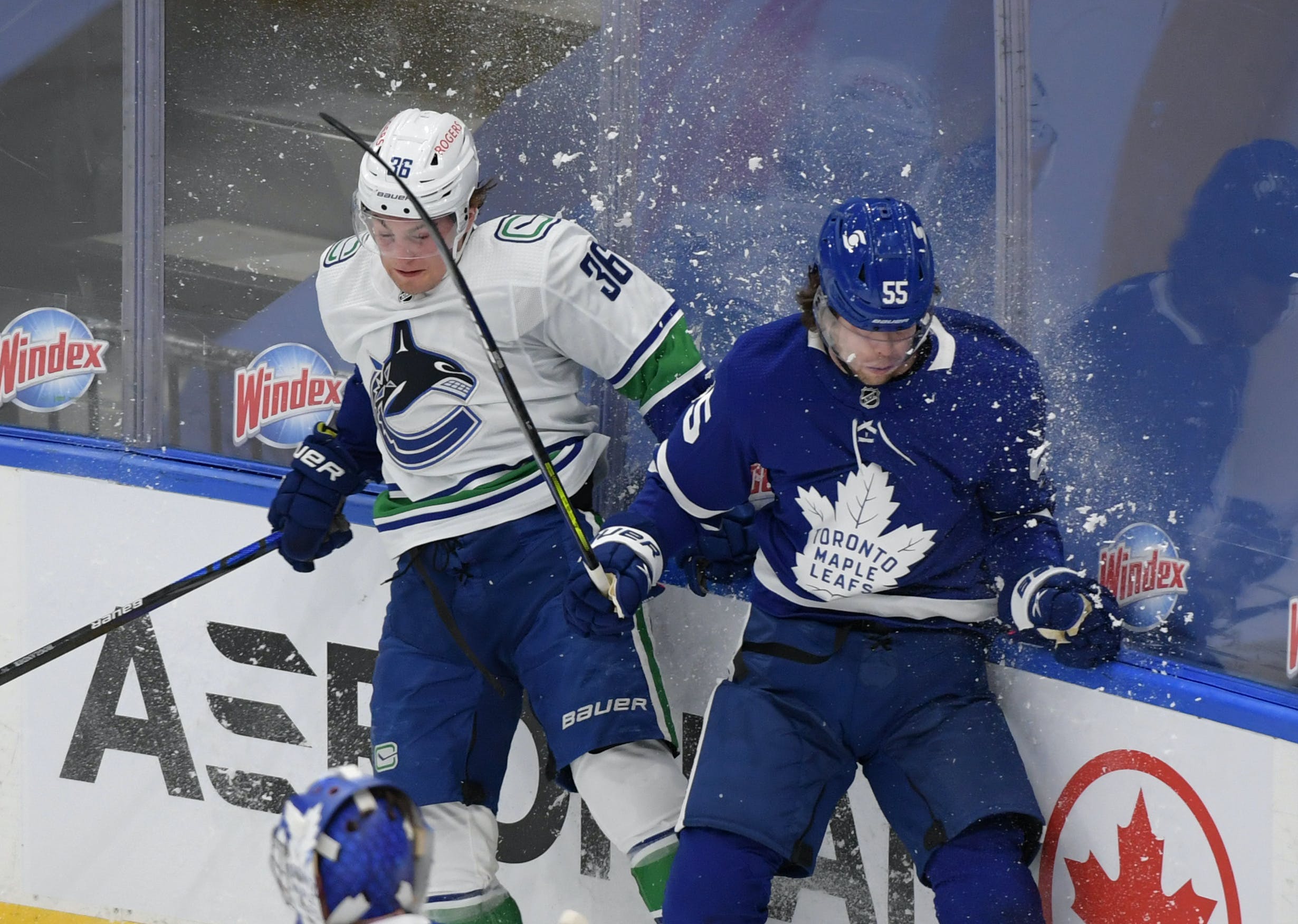 By Jon Steitzer
1 year ago
As we take a look at the Leafs pending free agents and try to determine what they should do with them, few players warrant more of a “why are you even bothering with this?” response more than @Ben Hutton. Writing about Ben Hutton as a Leaf seems completely ridiculous as he spent a grand total of four games in a Leafs uniform, none of which were in the playoffs, which actually might be a selling point for bringing him back.
Hutton’s time with the Leafs saw him playing over 18 minutes a night in the largely meaningless, rest the top players games of spring. Hutton did what was expected of him, he was hitting, blocking shots, and had positive differentials on Corsi and Expected Goals. He was on the ice for a lot of low event hockey, and that’s pretty much what you want from a guy like Hutton.
Hutton’s numbers took a bit of a hit during his time in Anaheim, but his previous season in Los Angeles showed a lot more promise. There’s something to be said for a player like Hutton who is a more capable version of Martin Marincin, and could provide a safety net for the Leafs in the 7D spot, especially if they are wanting to start the year with Sandin and Liljegren in the lineup. With there being some potential risk of losing someone like Dermott or Holl to the Seattle expansion draft, Hutton returning could be a nice safety net for the organization.
Of course, the Kings year and the four games for the Leafs might be more of the outlier throughout Hutton’s career. He’s always been an okay depth option, but hasn’t consistently thrived in the role. If Rasmus Sandin and Timothy Liljegren aren’t looked at roster locks and instead as the depth the comes up and grabs icetime from the veterans on the Leafs, then Hutton might not have much of a place. He’s probably not looking to start as 8th on a depth chart or looking at an AHL gig, and frankly that might be beneath him at this point, and finding a top six job on another team is still a strong possibility, even if it might not be as strong a competitor as the Leafs.
From the Leafs perspective the biggest selling point on signing Hutton, might be to sign him early for the purpose of having him as an available selection option for the Kraken in the expansion draft. Not that they’d take him, but the Leafs would need an additional signed defenseman in order to protect four defensemen and four forwards in the draft. The other options are signing Dermott or Bogosian, who are obviously the chief competition for ice time with Hutton, so if either or both of them return, that would seemingly make a Hutton return less likely even if ability wise they are all incredibly close.
Looking at what Hutton is going to cost, it’s hard to imagine in a flat cap world he’s going to fetch more than the $950k he earned last season. Evolving Hockey puts Hutton in the $1.13M range for a single season deal, but with a down year after already taking less following his strongest season, I’d guess that Hutton won’t be chasing a raise, but the best situation that finally gets him in a playoff game and a regular spot in the lineup. That might not be Toronto.
Uncategorized
Recent articles from Jon Steitzer