Burning Question: How many goals will Auston Matthews score this season? 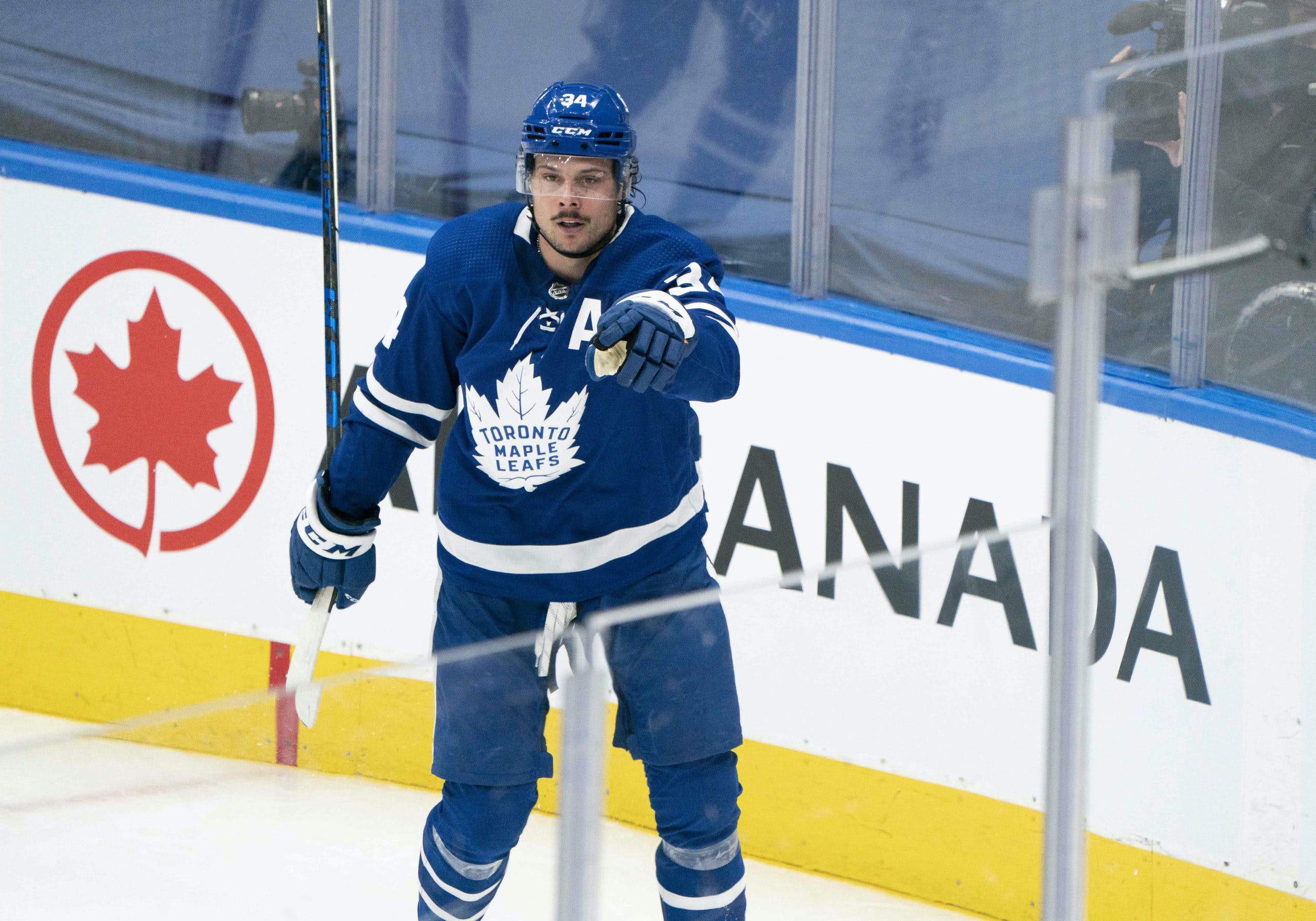 By Nick Barden
1 year ago
It’s a question that all Toronto Maple Leafs fans want to be answered.
@Auston Matthews has been a generational goal-scorer ever since he stepped into the NHL. He can beat goaltenders from any area in the offensive zone. And just when you think you’ve seen everything from the 24-year-old, he surprises you.
Every year, Matthews brings something new to the table. Last season, it was the fact that he had an injured wrist, but was still able to score 41 goals in 52 games. The ability Matthews has to transform his game and put himself in different positions to score was phenomenal.
The 24-year-old knew that if it hurt to shoot the puck, he could instead tip it in.
Matthews, though, is most effective when healthy and can shoot the puck.
I wanted to ask the question: ‘How many goals will Auston Matthews score this season?’ because it’s intriguing. He’ll return to the NHL with a wrist that’s healthy this time around. And if he’s scoring goals at an alarming rate with an injury, I’m curious to see how much he might score while healthy.
It also helps that it’s an 82 game season.
But that can always go two ways. He could stay healthy all season long, or he could be banged up. 82 game seasons are gruelling and every player usually comes out of a long season with some sort of injury.
I don’t want to think about a scenario where he’s injured, but for this question, I believe you have to.

How many goals will Matthews score?

One of the more fascinating points while researching was Matthews’ goals-per-game.
You notice very quickly that the rate goes up each year. In the 2018-19 season, Matthews goals-per-game stayed still. But after that year, it shot up again and it continues to improve.
Since entering the league in the 2016-17 season, Matthews leads the league in goals-per-game, averaging out at 0.60/GPG.
He’s also still only 24-years-old. In the next few years, Matthews is only going to find more ways to score. He’s going to become even more dangerous than he already is.

via IcyData
Last year, Matthews was most effective closer to the net. But as you can see from the heat map above, he can score from just about anywhere on the ice.
And that’s one of the reasons why I wanted to dive into this question. His ability to score goals is some of the best we’ve ever seen, and it’s always exciting to predict Matthews’ next goal total.
Matthews had a league-leading 1.6 Goals/60 (in players who have 50+ GP) in the last three seasons at five-on-five. It doesn’t seem like he’s slowing down anytime soon on that front. Since the 24-year-old can score in every situation he’s put in, it will make for an exciting year where he’s healthy.
There are three likely paths Matthews can go down next season. He can score less than expected, average, or more than expected. For myself, less than expected is anywhere between 30-45 goals. His goals-per-game rises in each season, and unless he has a significant injury, I don’t think Matthews scores at that little of rate.
An average for him would be 45-60 goals. The 24-year-old has never scored 50+ goals, so it’s going to be interesting to see if he can do that this year.
Finally, more than expected is 60+ goals. Matthews would be one shy of that mark last year if he finished an 82-game season. And he may continue his trend upwards in having better goals-per-game than the season prior.
It’s happened every other year, so why not this one too?
My prediction, though, is that Matthews will score 60+ goals in the 2021-22 season.
With the deadly shot he possesses and the ability to score in new ways, I could see him scoring at that rate. I wouldn’t be surprised if he was to get to 65 goals in a season.
He’s that good.
The last player to score 60+ was @Steven Stamkos during the 2011-12 season. Before that, it was @Alex Ovechkin who had 65 in 2007-08. I believe Matthews is one of the best goal scorers in hockey, ever. And if he can continue it next season, there’s no argument about him scoring 60 goals or more.
What’s most important, though, is that the 24-year-old stays healthy. Matthews is on track to be healthy for opening night, but his wrist must be fully healthy before he enters a game. I trust that he and the Leafs staff will make that the number one priority.
The possibilities for Matthews are endless if he can have a healthy season. And I’m excited to see what that looks like.
How many goals do you think Matthews will score this season?
(Stats in this article are from NHL.com, NaturalStatTrick.com, and IcyData.hockey)
Uncategorized
Recent articles from Nick Barden