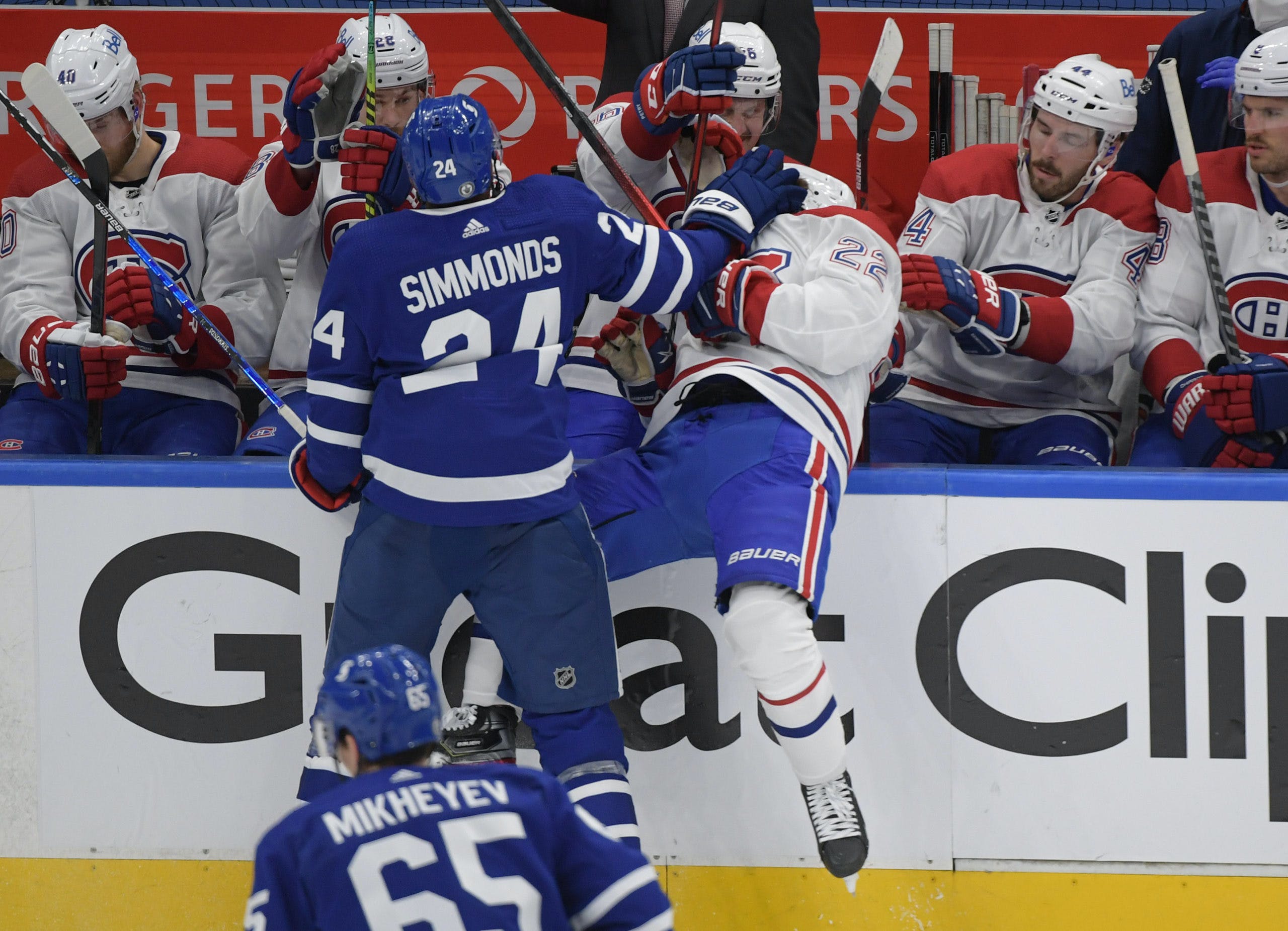 By Jon Steitzer
1 year ago
Heading into the regular season we are regularly going to be running some of the burning questions asked by our TLN contributors. The biggest burning question of course is whether or not this is the year the Leafs finally play a game in the second round of the playoffs. We’ll tackle our takes on that a little later. So far we’ve had Ryan Hobart exploring whether Jack Campbell is for real in net. Today is our second kick at this series with my burning question, if the Leafs play more physically, will they have better playoff results?
I feel like the physicality question is a divisive one in Leafs land and it absolutely doesn’t have to be. There is certainly a corner of Leafs internet that wants physicality above all else, and anecdotally the success the Leafs had with a Wendel Clark and Doug Gilmour led team, than the success the Leafs had with a Gary Roberts and Darcy Tucker led team would certainly support the notion that physical players have help provide the Leafs with their best playoff runs in the past 50 years. The problem with that argument has always been that all the players I mentioned are also incredibly skilled players, and skill arguably plays the bigger role. You look at those players and combine them with the Andreychuks, Sundins, Nieuwendyks, etc. and you can see that skill has been the biggest part of the Leafs success.
All of these teams have had bottom six players with toughness and physicality associated with them. Ken Baumgartner, Tie Domi, Kris King, Bill Berg, the list goes on, but they were not what put those teams over the top. Similarly, the Leafs need to move beyond the Kurtis Gabriels and Wayne Simmonds of the roster today and realize that bottom six players playing other bottom six players tough isn’t as impactful as advertised. Players like Michael Bunting and Nick Ritchie have a much greater chance of being impactful when it comes to physical play, but in reality, that’s still not going to move the dial much. Joe Thornton and Zach Hyman could certainly finish checks too, but they didn’t move the bar much when the rest of the top nine didn’t engage physically much. The case needs to be made for the Leafs skill players to engage more. and if you are making that case I guess you need to start thinking about what you are giving up in order to get them to play that way instead of how they currently do. In short, there might not be a good answer about whether physical play is in the best interest of the Leafs.
Again, somewhat anecdotally or through straight up misinterpreting data, however you want to look at it, you can see that the Lightning were the most penalized team in the league last year. They cheated, they played their opposition hard, and they were rewarded with the Stanley Cup. The Leafs on the other hand, were 26th in penalty minutes, and were swiftly bounced from the playoffs. That’s one hell of a narrative, and one that ignores that a team like the Islanders, who do play a physical style of hockey had few penalty minutes and went further in the playoffs than Toronto.
You can continue down the hit narrative, bad data route, and look at how the Islanders were the third highest hit rate team in the NHL and that makes up the physicality, toughness gap. You can also look at the Canadiens being first in the league in hits (reminder this is home ice tracked stat) and the Lightning were 9th in the league. Hitting appears to work, and the Leafs were 27th in the league in hits/60 with 10 fewer hits/60 than the Canadiens. Arguably that can be one hell of a difference maker if it is minimizing a teams skill.
When it came to the playoffs, the Leafs had the lowest hits/60 of any team that participated in the playoffs. That looks bad, but ignores that of the top four teams when it comes to hits/60 in the playoffs, three of the top four didn’t make the second round, and the other team was swept in the second round. The moral of the story here is probably that it wouldn’t hurt the Leafs to hit more, but hitting doesn’t need to become Toronto’s calling card and they are probably better erring on the side of skill more than toughness.
So where does that leave the Leafs today? Well…Zach Bogosian was some good practical toughness that has walked out the door. Zach Hyman was some skilled toughness that departed as well. The additions of Michael Bunting and Nick Ritchie probably make up for those departures, but it still leaves a Leafs team that needs to engage a little bit more, and finish their checks more frequently.
What does a tougher Leafs team look like?
Well, it’s Auston Matthews powering his way down the middle of the ice. It’s Mitch Marner willing to take a hit to make a play. It’s players like Ilya Mikheyev, Pierre Engvall, and others realizing that to stay in the NHL every night this is something that needs to be a part of their game, and it’s by committee having Holl, Dermott, Sandin, Rielly, Brodie, etc. finishing off a player instead of stick checking them. Small little differences once or twice a game that make a difference but don’t reinvent the Leafs.
Still, is any of that good enough to win a playoff series? Well, like I said, the teams that were hitting the most didn’t get far with it. On the other hand we know the Leafs play a great skill game, and if they did play a bit more physically without overhauling personnel or reinventing themselves completely, that could be enough to get over the hump.
Uncategorized
Recent articles from Jon Steitzer