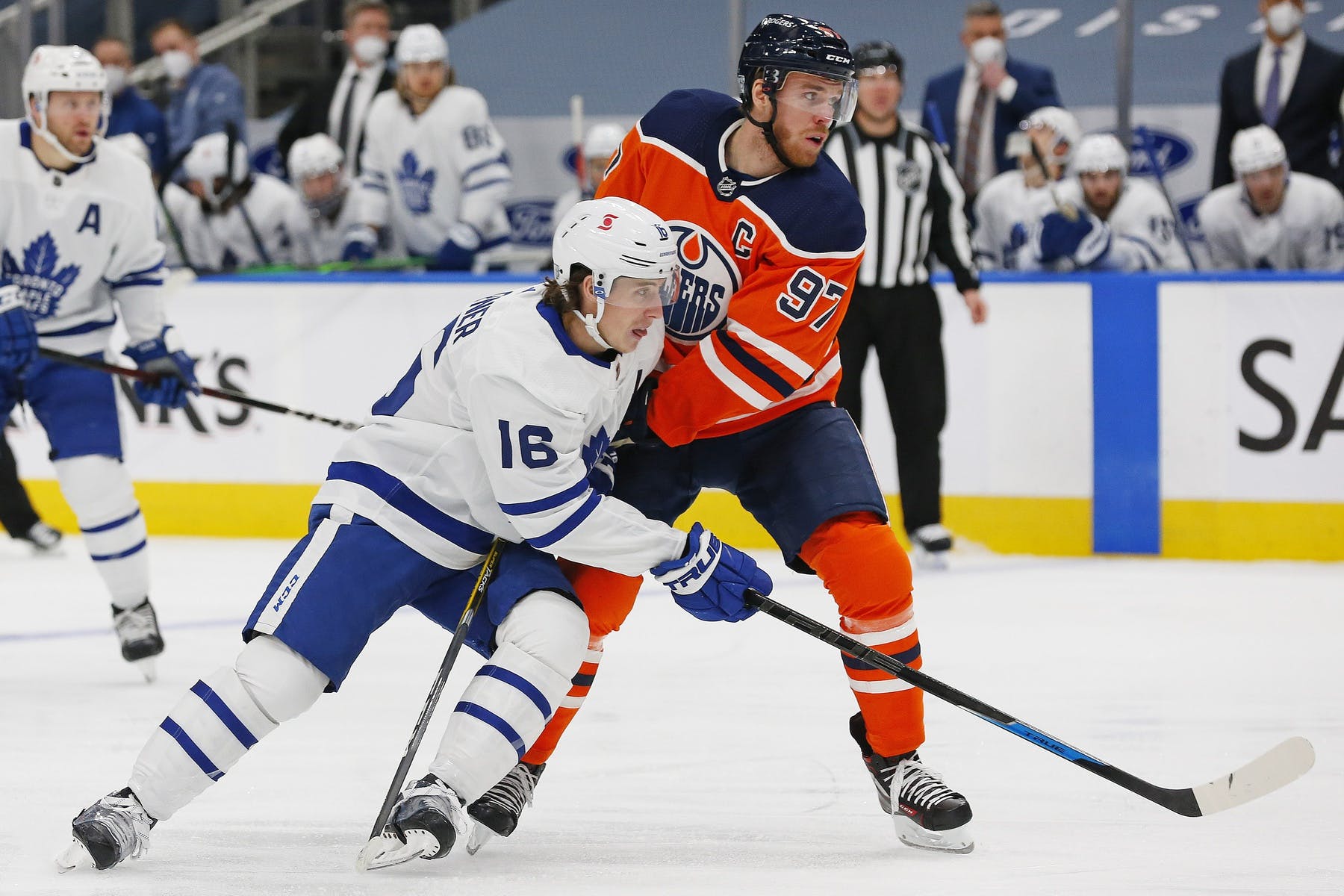 By Scott Maxwell
1 year ago
No Matthews, no problem. With their star centre out, there was concern about how the Leafs would match up against Connor McDavid and Leon Draisaitl, and they apparently matched up well still, as they shut out the Oilers in a 4-0 win, thanks to a Jack Campbell 30 save shutout and two point performances from Mitch Marner and John Tavares.
The first period was scary to start, as it seemed like every time Connor McDavid was on the ice, he had a chance to score, but Jack Campbell and the team in front of him held strong. The Leafs would break the ice later in the first on the power play, when Mitch Marner did his thing and skated around with the puck for a while before setting up Nylander for an absolute snipe to make it 1-0.
They quickly added to their lead too, as Marner would cash in again with a goal off a solid rush up the ice from Tavares to make it 2-0, and would give Mitch his 10th goal of the season already.
The second period would be much of the same, as the play went back and forth, but Jack Campbell stood tall while the Leafs would get the lone goal of the period, as Jason Spezza would find himself on a 2-on-1 with Jimmy Vesey, fake the slap shot, and snipe it past a panicking Mike Smith to make it 3-0 Leafs.
The Oilers would pressure a little bit more in the third with a three goal deficit, but Campbell would once again stand tall and keep the Oilers from gaining any momentum. Zach Hyman would help ease the burden even more as he would make a couple sweet moves past Oilers players, and a nice wrister past Smith to make it 4-0 for the Leafs. That score would hold, and the Leafs would walk away with the victory.

Jack Campbell made this a very close race with the first Leaf shutout of the season, but a big part of that was Tavares play as the top line centre. No Leaf saw more ice time against Connor McDavid than Tavares, he had the best xGF% and second best CF% among Leafs forwards at even strength, and he had two assists as well. Excellent performance, and while he didn’t score a goal to quiet the haters, he had an excellent performance in the eyes of the people who paid attention.

It said a lot when Jason Spezza didn’t even consider passing it to Vesey on that 2-on-1 that gave the Leafs the 3-0 lead. He had the worst xGF% and CF% on the team at 5v5, and you know with their success with other linemates that that isn’t on Jason Spezza and Travis Boyd. It’s pretty obvious that he was only in the lineup because Matthews was out, and his play tonight probably didn’t convince Keefe otherwise.

The Leafs play game two of a three game set in Edmonton on Monday night. Get your beauty sleep because it will be a 10pm EST start time, and you can find the game on Sportsnet.
Uncategorized
Recent articles from Scott Maxwell