Closer looks at Leafs roster in second game against Senators 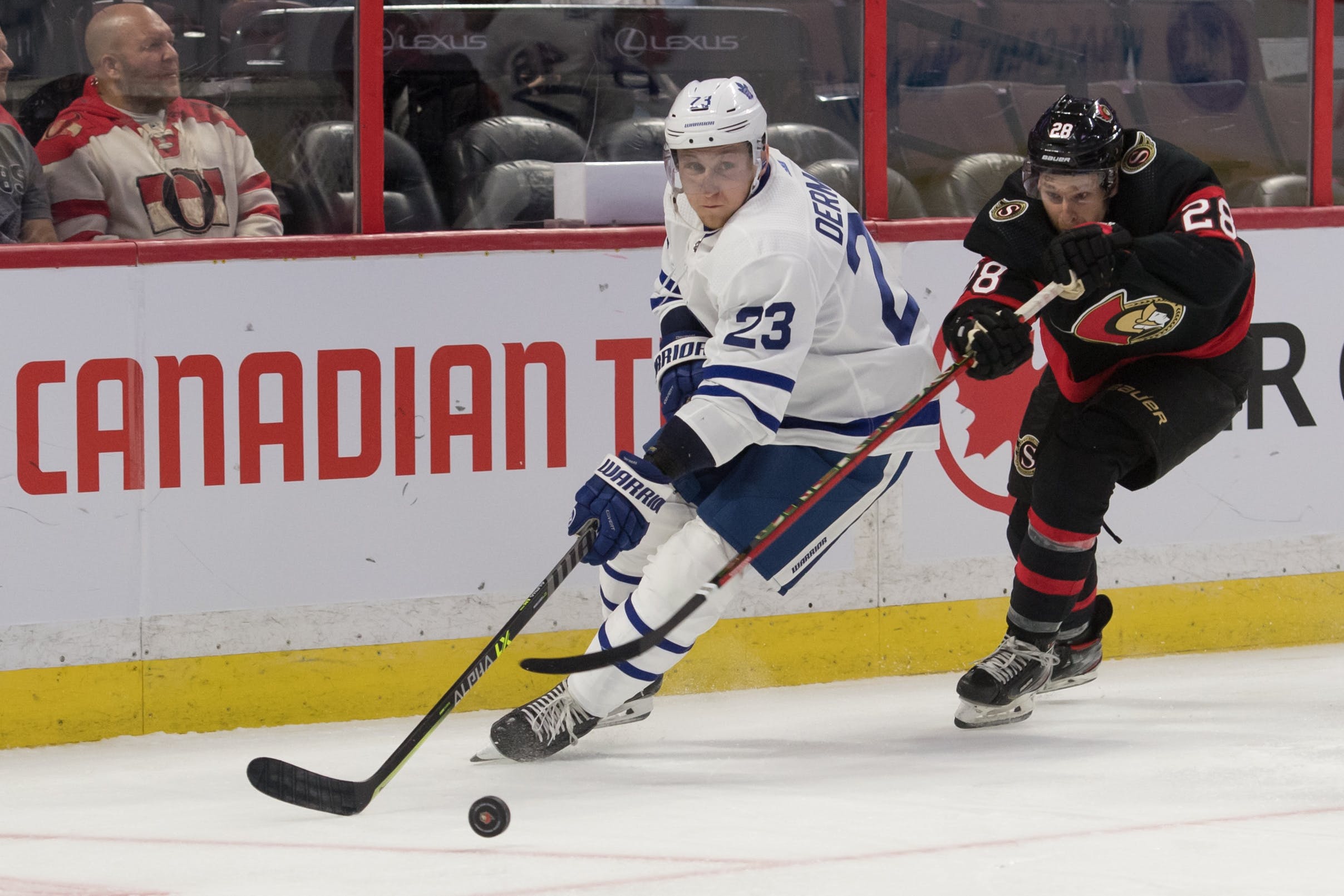 By Marsha Joseph
1 year ago

That is what should be going through the heads of 75% of this roster tonight. Yes, ha ha ha it’s Ottawa we never care, etc etc. That can be a fan mindset, but for the players, they need to be prepared to show how NHL ready they are. With about nine days left until the start of the Leafs’ season, team staff will definitely be taking a closer look at what these men have to offer. We are just over halfway through the preseason, roster cuts are coming soon.
Tonight we will be seeing Engvall in a game for the first time this preseason since his injury. This will be our opportunity to see where he’s at currently. On that note, it could also be a chance for other teams to do the same. Will it be worthwhile for the Leafs to keep Engvall or trade him?  Are there any up-and-coming Leafs that could potentially take his spot? Can we save money by trading him? Truthfully we might lose him if we waive him. Maybe he will step up and take on a bit more responsibility. I know it is just one preseason game, but it will be interesting to see what happens with him.
Bunting is another player to keep an eye out for tonight. He’s a guy you don’t wanna play against, battles hard fights for the puck and makes opportunities for himself.
Auston practicing more, he was there today in red. Seems to be making good progress and is still on track for opening night return.
Some people will play at home tomorrow according to Keefe, but he also said not to pay too much attention to the lines he puts out.
Here is what the Leafs roster is looking like for tonight:
These are the projection of the lines from practice on Sunday:
Ottawa’s lines for tonight:
Unlike the Leafs the Senators are very close to finalizing their opening night roster. That being said Tkachuk still isn’t signed, which seems to be a slight hindrance for head coach DJ Smith. Tkachuk hasn’t had any gameplay due to contract issues. Will he have time to jump in and connect with the team in a way that’ll be beneficial for everyone, or will this be more of a detriment to team chemistry?
In other news, both Keefe and Smith and putting full trust in Campbell and Murray tonight.
Tonight’s game will begin at 7:00 pm EST and be available on Sportsnet.
Uncategorized
Recent articles from Marsha Joseph