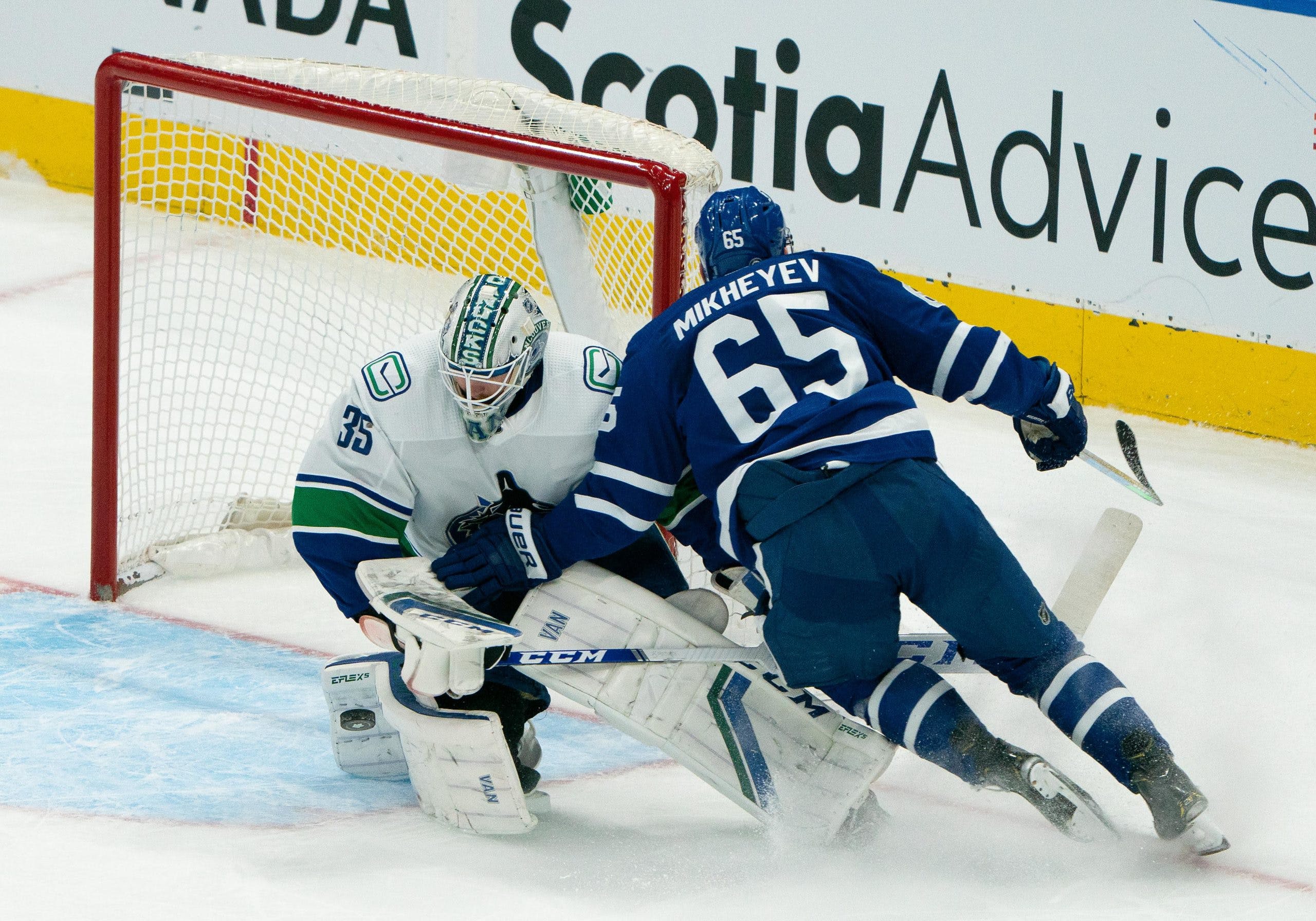 By Jon Steitzer
9 months ago
After getting absolutely destroyed by Buffalo on Tuesday night, it wouldn’t hurt to feel a little good about something, so it’s time to talk about special teams. Or at least comparing them to the rest of the league to feel better about the Leafs.
Heading into Tuesday night the Leafs were pretty close to 30%, at 29.4% success rate on the powerplay. This is 3% higher than the next closest team. For all our complaints about the powerplay, it’s absolutely been a bright spot for the Leafs, and if there isn’t an erosion of penalties come playoff time (gulp) it’s a great advantage for Toronto to have in the postseason.
As for the penalty kill, it’s a little worse, and comes in at 6th in the league, but you’ll see, it’s actually better than when you factor in a few extra details in a little bit. The Leafs are the best of the Atlantic teams when it comes to the penalty kill, and perhaps this is an argument for Toronto to want a penalty laden first round.
One of the measures for success used around the NHL as a predictor of how good a team really is in the combination of PP+PK to give an overall score, so I thought I’d share that special teams score here:
So heading into Tuesday night the Leafs were in fact the best special teams team in the league, using the raw numbers. And other than the Minnesota Wild, the only teams outside the top 16 are the bubble teams Dallas, Vegas, and Los Angeles.
The interesting thing that NHL.com does is track the “net” powerplay and penalty kill results, counting goals against on the powerplay and goals for on the penalty kill as -1 on the overall numbers. The goals against on the powerplay cost the Leafs 2%, but their shorthanded scoring success moves them up to having the second best penalty kill in the league behind Carolina. When you look at the net results you can see a much more sizable advantage for the Leafs over the rest of the league.
That’s all well and good, but that doesn’t really consider the fact that teams aren’t equally on powerplays or being shorthanded. It also doesn’t really account for the number of times that some teams are involved in fewer special teams situations than others, in fact at this point there’s a range of the Predators and Canadiens being on special teams 470 times down to the Islanders who have only found themselves in 359 special team situations. There’s also quite a range when it comes to powerplay-penalty kill differential, with the Leafs falling 22nd in the league being shorthanded nine more times than they’ve had the powerplay.
So while we might feel the league is out to get the Leafs, I guess we can take comfort in the fact that the Bruins and Hurricanes still get more calls against them, even if they may deserve it more.
The frequency in which teams get penalties called for or against them created the below weighted net numbers, and sadly, thanks to the refs being out to get the Hurricanes, the Leafs actually only have the second best special teams in comparison to the rest of the league.
So what does any of this mean, well, it means it’s in the Leafs best interest to steer into games that are more heavily called and not so game managed. The Leafs have had 9th fewest number of calls for or against in a game, but can hopefully seek comfort in the fact that Florida, Tampa, and Boston are all in the top 10 of special teams instances. Even if the refs are seemingly putting their whistles away by the standards of those games, that could be upswing in special teams for the Leafs, and that’s not a bad thing, except for the fact that calls tend to favour Florida and Tampa, and no matter how good the Leafs penalty kill is, there’s no advantage to being on the penalty kill.
Data sourced from NHL.com
More from TheLeafsNation.com
POINTSBET IS LIVE IN ONTARIO