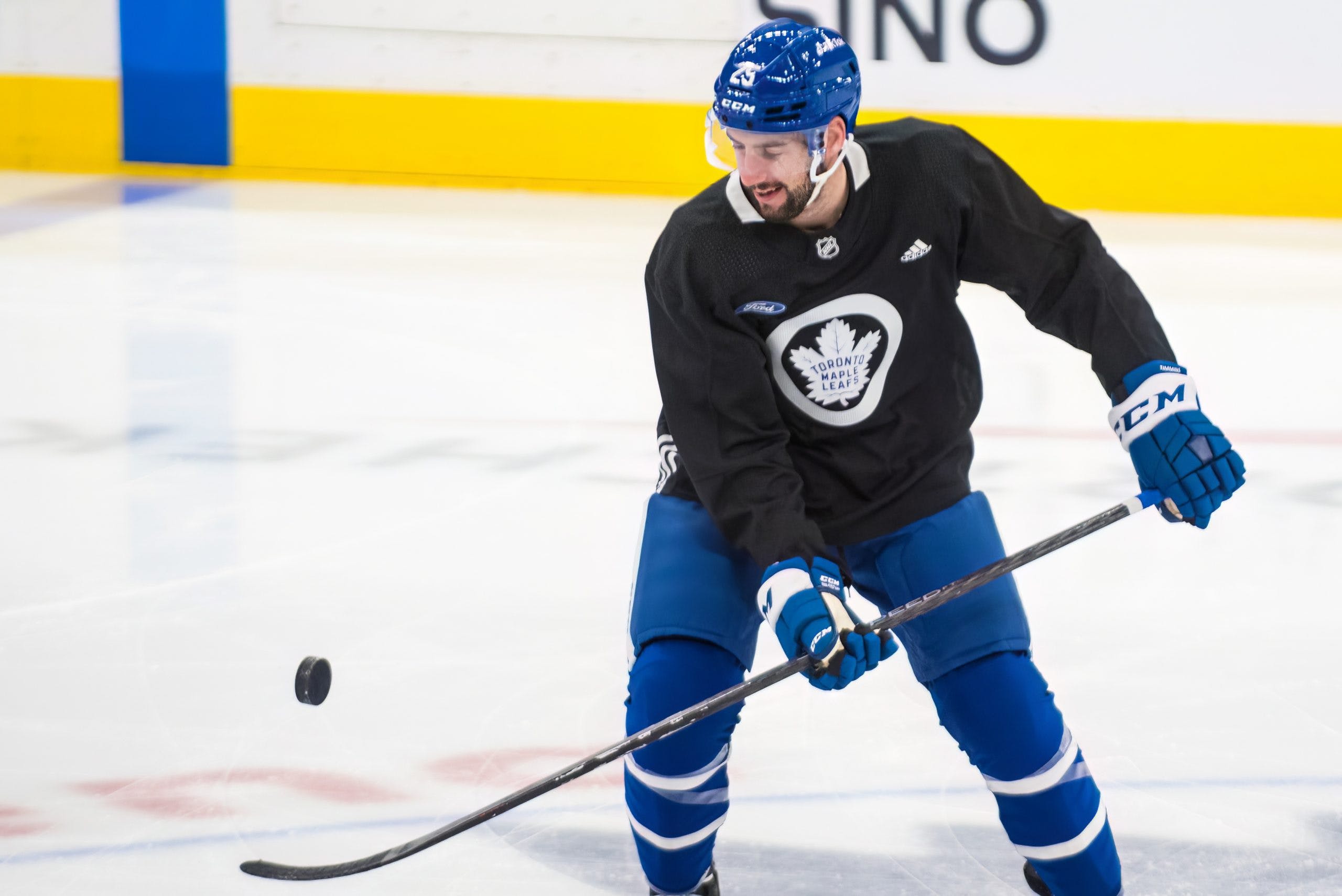 By Steven Ellis
1 month ago
Concussions can be demobilizing. If you’ve never had one, you’ll never know how hopeless you can feel. One of the most basic human functions – seeing – can cause pain. It’s an awful experience nobody should have to endure.
And for an athlete, there are few injuries worse. Conor Timmins knows that all too well. After taking the OHL by storm with his play with the Soo Greyhounds, Timmins went on to miss 16 months with a concussion, including the entirety of the 2018-19 season, which should have been his first year as a pro. Timmins’ promising future was put on hold, with no confirmation it would ever get back on track.
He finally returned to action in 2019-20 and even started the year with the big club. But playing time was vital, and he was sent to the AHL’s Colorado Eagles, where he had a fantastic rookie campaign. Timmins played most of the COVID-shortened 2020-21 season with the Avalanche with respectable performance before getting injured in the playoffs.
With Colorado holding an influx of young defensemen, and in need of a top-flight goaltender, Timmins was moved to the Arizona Coyotes ahead of 2021-22, where the hope was for him to play top-four mintues on a consistent basis. Instead, after just six games, he blew his knee out and required surgery, missing the rest of the season. So, back to square one, only for him to suffer an upper-body injury after just two games this season. And that’s where his Arizona story ended, and his Toronto one began.
Timmins is set to make his Toronto Maple Leafs debut nearly two weeks after getting acquired for AHLer Curtis Douglas. The Leafs needed extra depth in the lineup after losing Morgan Rielly while TJ Brodie and Jake Muzzin remain out. This type of defensive depth is exactly why the Leafs brought in Victor Mete and Jordie Benn over the summer, only for Benn to get injured twice already this season. So now it’s Timmins’ time to crack the lineup, making him the 12th defenseman to play for Toronto this season. Having options when things go array – such as losing three-quarters of your top four – is critical, but making an impact as a depth guy can be a challenge.
Still, the Leafs see something in him, even if it’s short-term.
“The puck comes off of his stick really nice, whether it is making a pass or shooting it on the net,” coach Sheldon Keefe told reporters last week. “There are some real good offensive tendencies there. He is a smart player. It is tough to really show that in the practice sessions.”
At the time, Keefe said the Leafs were going slow with him to start as they tried to ease him back into playing shape. Before Tuesday, he has only played 61 games between the NHL and AHL since the 2020-21 season. Over the past two years, he has just eight NHL games to his credit. Naturally, lining up against Jason Robertson and the high-flying Dallas Stars as his first NHL game back in a month and a half.
This really has a “tryout” feel to it, given he likely wouldn’t crack the roster if everyone was healthy. Even the Toronto Marlies have been good defensively, despite having a rotating cast of characters due to injuries with the big club. So he’d likely find himself as the odd man out once they’re at full strength. But this is exactly the motivation Timmins needs to get things rolling immediately – not that he needed any. He’s a talented defenseman that brought a lot of hype by the end of his junior career, but hasn’t had a healthy season yet to live up to expectations. A big trade to address Toronto’s blueline never made much sense. You’re only as good as your weakest links, and that’s why GM Kyle Dubas went out and made the moves he did. The Timmins deal was a minor one by all accounts and likely doesn’t have a long-term impact, but give a young, motivated player an opportunity to showcase his abilities when healthy and the payoff could be huge.
But just from a personal standpoint, this is an incredible opportunity for Timmins. He’ll be on the third pairing with Victor Mete, another young defenseman with a lot to prove. It’s about getting comfortable for Timmins in the hopes of sticking around once things are ironed out later on this season, and perhaps using it as a chance to springboard the rest of his career.
At the very least, he’s someone worth cheering for.
Editorials
Recent articles from Steven Ellis