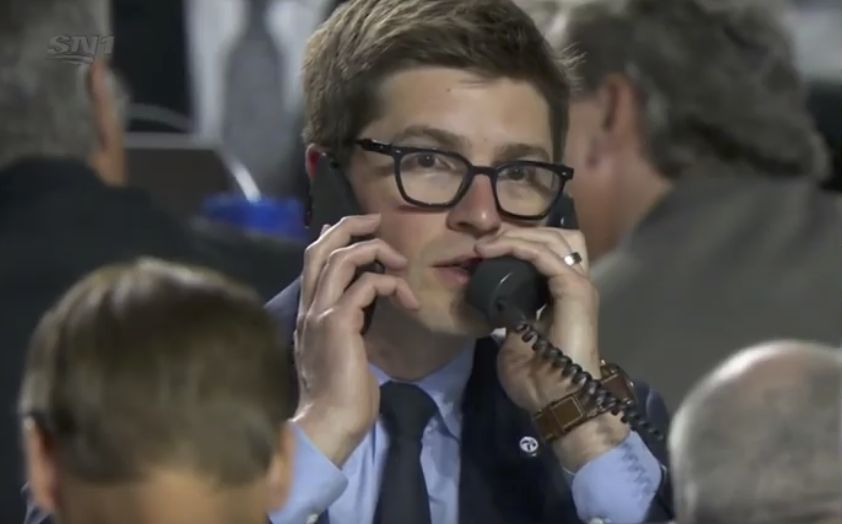 By Tony Ferrari
1 year ago
The 2021 NHL Draft has been surrounded by questions of if/when it should take place this season or next, how do teams scout for it and so much more. Frankly, it has been a bit of a mess. This is on top of the fact that the draft class lacks a franchise-altering talent such as Auston Matthews or Connor McDavid, there isn’t even an Alexis Lafrenière or Jack Hughes. While talents such as Matthew Beniers, William Eklund, Owen Power, and others will likely be very good NHL talents who will play key roles, we are looking at something more similar to the 2012 Draft than the 2020 class.
Projecting talent is difficult on the best days and impossible on the worst. The judgments of the 2021 Draft class as a whole have been well documented. Whether it has been Scott Wheeler from the Athletic, the crew at Elite Prospects, or the DobberProspects team, the consensus has been that it is a substandard class. One metric that can help estimate raw production is PNHLe, developed by Mason Black and used on his NHL Rank King app.
PNHLe is an offensive stat that is used to project a player’s point potential at the NHL level and is meant to standardize a variety of leagues so that prospects can be compared from one league to another. PNHLe attempts to equalize all leagues, ages, and positions so that the offensive potential of a prospect can easily be compared with others, while also projecting future NHL point potential in the prime years of a player. As you can imagine, the model should not be used as a sure-fire way of assessing a player’s ability or probability of making it to the top level, but it is a useful tool that can help provide a bit of numerical evidence of the draft class differences, especially over a large scale.