Eventually the Leafs will want to upgrade, but where do they need it the most? 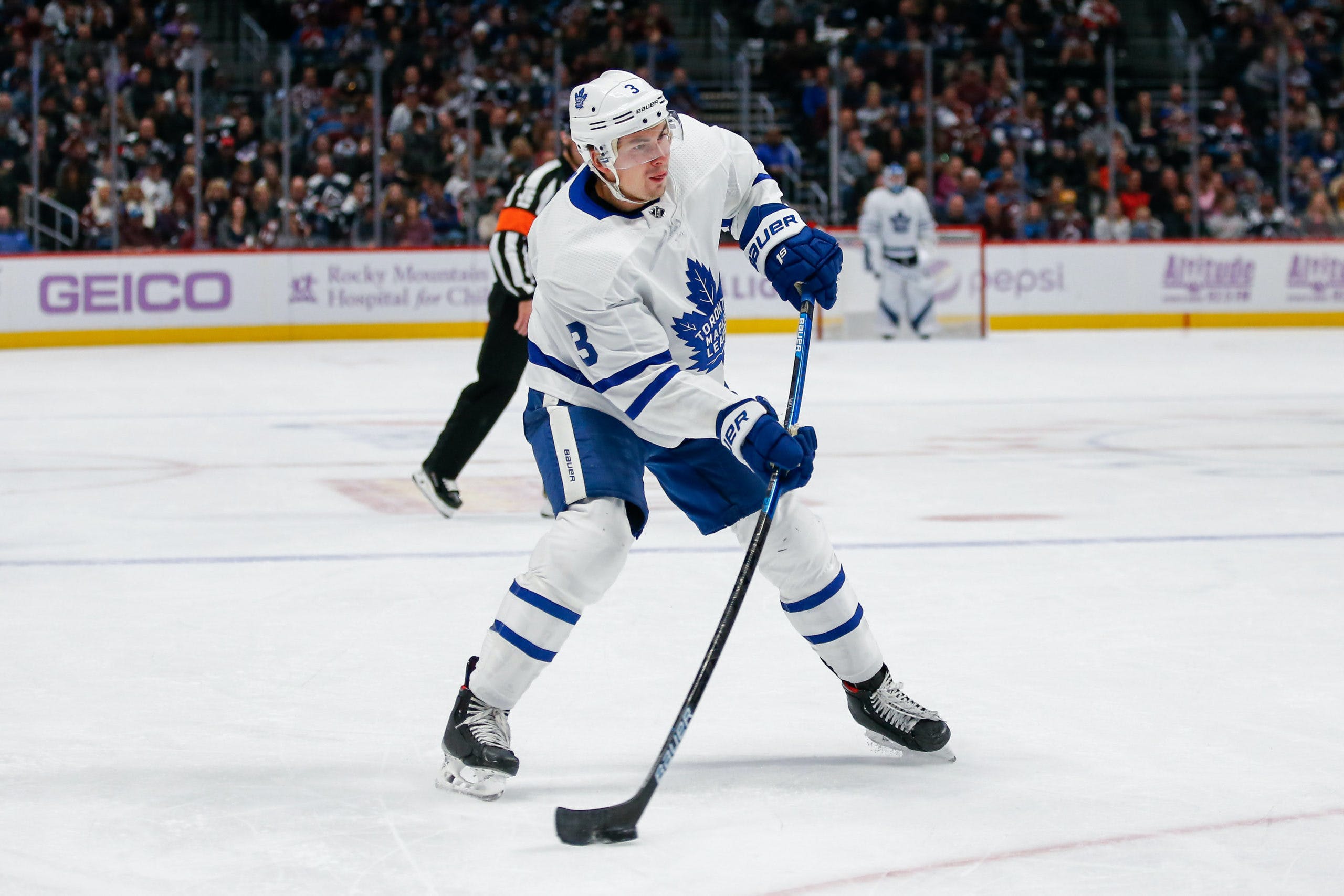 By Jon Steitzer
1 year ago
It’s still over three months until the trade deadline, so why does it seem like trade talk is picking up? Well it’s in anticipation of the holiday roster freeze. You know that thing that always gets built up as something that could lead to roster moves but consistently yields underwhelming results. With Thursday’s blockbuster of Malcolm Subban going from Chicago to Buffalo for future considerations I guess we can’t say December will be completely quiet though.
As for the idea of the Leafs needing to upgrade, it’s a hard concept to wrap our heads around during a 15 wins in 17 games stretch, and other than maybe knowing that Leafs fans have fallen out of love with Justin Holl and Nick Ritchie, even their underwhelming seasons don’t create dire gaps in the Leafs lineup. Still good teams don’t stand pat for the playoffs. The Leafs might be looking great at the moment, but it’s still early December and the regular season drags on until May, there will be highs and lows, and injuries will be inevitable as well. The same 20-25 guys we’ve seen so far are not necessarily going to be the guys playing in Game one of round one.
So, with all of the obvious things stated, the question I’ve asked of the TLN Contributors is…
What is the biggest need on the Leafs roster right now and how do you fix it?

They need their Marc Gasol. A strong, smart player who will come in at center and take the shutdown duties. For the Leafs, this could relieve David Kampf to be the 4th line center he’s probably meant to be, or move him to the wing and allow Engvall to move down to the 4th line or the press box.

I’d say their biggest need right now is another top 4 defenseman to play alongside Muzzin. Holl’s played a bit better lately, but he still feels like the weakest link on an otherwise deep team, and since they don’t seem to want to put any of Dermott, Sandin, or Liljegren in that role, it’s probably going to need to be addressed via trade. Even then, it’s not a pressing issue, so it shouldn’t be something they overpay to do, but it’s probably their biggest weakness at this point.

The team needs focus. They need to be aware that this winning streak isn’t enough and everything they’ve accomplished so far will be forgotten if they fail out of the playoffs again.Thankfully it seems Sheldon Keefe is already a step ahead of this, not letting the team get complacent and even stating that he didn’t think they dominated the game following the 8-3 win over Colorado. This team needs to remember that this is the NHL and taking their foot off the gas for even a moment is all it takes to get left behind.There’s always room for improvement, and while the Leafs may be able to tinker with the roster a bit before the trade deadline this group has shown they can beat the league’s best. The real challenge is focusing on the end goal and showing they can do so when it matters most.

This team needs to eat Timbits before every game, clearly. Do you think it was a coincidence they dropped that video of the team eating the Bieber-branded Timbits mere hours before eating Colorado alive?
Obviously, I’m joking, but honestly, right now, I don’t see any glaring issues with the team. I would certainly prefer a team that didn’t feature Pierre Engvall and Justin Holl in such prominent roles, but the team is succeeding despite those players and their frequent gaffes, so why mess with success? Yes, some depth pieces should absolutely be acquired (that or one big acquisition that shoves everyone down a spot in the lineup), but generally speaking, I don’t have particular vitriol towards any one aspect of the roster for the first time in a long time.

I think their LW depth could still be improved. Nick Ritchie was meant to address this but I think we would all agree that hasn’t gone as planned. This team has moved past the need for the Pierre Engvall’s and Ilya Mikheyev’s of the world. They don’t make enough impact. While the Leafs’ results at the quarter-season mark are dazzling, I want as much insurance as possible against another disappearing act in the playoffs, and that comes in the form of a bonafide top-6 LW to push Kerfoot into a third-line role (as good as he has been this season, it’s probably where he belongs aside Kase and Kampf).

For me when it comes to what the Leafs need, the positional needs that come to mind are either a top six left winger, a middle six capable center, and a middle pairing defenseman are all the pieces that the Leafs could explore from an upgrading perspective. None of these needs are particularly pressing, but all of these could benefit from having someone who can potentially play beyond the current incumbent.
The Leafs are on a fixed budget to say the least so how they tackle things will be somewhat unorthodox, I’m sure, but for better or worse, they found a way of landing Nick Foligno last year, as well as address other areas like defensive and goaltending depth via Hutton and Rittich, I’m not going to stress how they’ll make the cap work because they’ll figure it out if they want to.
If I’m the Leafs, I’m looking for versatility, and someone like Dylan Strome would allow the Leafs a middle six player who could help address either their 2LW/3C issues. The Leafs have strong question marks kicking around the organization with Ho-Sang, Robertson, and Anderson. If they go with a capable of center, they can take a bit more of a chance on the wing.
As for defense, the answer has and always will be Mark Pysyk.
What do you think? While not in a rush, to what extent do the Leafs need to make roster changes? Let us know in the comments.
Uncategorized
Recent articles from Jon Steitzer